You probably know wealth when you see it around you – but do you know whether you are rich?

With real estate values soaring across the country, many Canadians feel a level of financial confidence today they've never known before. But have they reached a point of financial security? Do they have enough money for their future, and if not, how will they know when they do?

Statistics Canada employs numerous metrics for the other end of the spectrum, without ever using the term "poor." For instance, the income cutoff for a single person living in a large city was $24,328 in 2014. For a family of four the amount was $45,206.

But there is no magic threshold, no national statistic, that defines you as rich. Wealth is a malleable term that might mean a well-stocked beer fridge, living mortgage-free or having enough money invested for a long retirement.

When it comes to amassing wealth, the United States sets the gold standard. But Americans themselves can't definitively articulate what being rich means.

Twenty-seven per cent define it as having a lot of money; while 24 per cent say wealth means enjoying life's experiences, and 22 per cent say it means being able to buy anything they want. That is the breakdown according to a representative sample of 1,000 U.S. adults surveyed in April by Koski Research for Charles Schwab Corp.

When asked to express how much is required to be considered "wealthy," this "average" group of Americans came up with the amount of $2.4-million (U.S.), or nearly 30 times the actual median net worth of U.S. households.

Ask rich people a question like that, however, and you get a completely different answer.

Many people who have the drive to make significant sums of money don't have the ability to dial down that ambition once they are wealthy. For them, the thrill is in the pursuit and money is the scorecard.

When the investment firm UBS AG polled 2,215 U.S. millionaires in 2015, nearly two-thirds of those with a net worth of less than $5-million and dependent children expressed concern that they are only one wrong step away from a major setback – be it a large investment failure or job loss. For individuals with $5-million or more, one-third said they felt they couldn't withstand a setback.

Clearly, money doesn't make it easy to sleep at night; it can be difficult to relax once you get to the top.

"With memories of the financial crisis still lingering, most millionaires don't have enough wealth to feel secure," concluded the UBS report, entitled When is Enough … Enough? "As a result, many feel stuck on a treadmill, without a real sense of how much wealth would make them satisfied enough to get off."

In Canada, the average household net worth rose 4.3 per cent to $680,098 in 2015, according to Environics Analytics. Vancouver households crossed a symbolic threshold, becoming the country's first "city of millionaires," with an average net worth of $1,036,202, up 7.3 per cent from the prior year.

These gains were powered largely by rising real estate prices; Canadians' principal residences comprise about one-third of their assets, according to Statistics Canada. What homeowners generally fail to accept, however, is that the money in their principal residence is permanently locked in. Very few Canadians end up selling their homes in retirement and enjoying the proceeds until their last cheque bounces the day they die peacefully in their beds.

Instead of looking at home valuations, a better measurement of wealth is whether your earned income – that is personal income from investments rather than employment – exceeds your expenses. Another sign of real wealth is the ability to forgo life insurance, because your estate would have enough assets to support your family at its current lifestyle.

Probably the least helpful way to assess your wealth is by comparing your spending with others, a process that will surely leave you feeling short.

Consider the millionaire family that flies to Whistler, B.C., annually for a ski vacation during the March break. By most standards, they look rich. But those parents may well be looking at a select group of their friends who are redefining the holiday experience by opting for snow and surf during the two-week break scheduled by most private schools: the first week in Whistler, the second in the Caribbean.

Instead of chasing a mirage, the best approach may be to embrace a broader definition of wealth. If you knew you only had five years to live, how much financial hardship would your family incur? How drastic a set of steps would you need to take to get your financial affairs in a state acceptable to you? What financial legacy would you be leaving and how close to your goals would it be? And most importantly, what course would you set to optimize those final years? Answers to these questions could provide the best snapshot of your true personal wealth today. 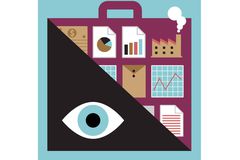 Stock-purchase plans give employees a piece of the action
January 9, 2018 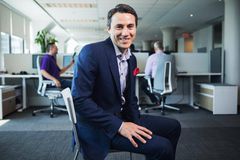 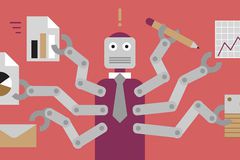