Ontario’s new government has come out against a proposal to ban the use of an early-withdrawal fee on mutual funds that is often hidden from consumers, a decision that drew backlash from within the industry and throws a long-standing review of fund fees into turmoil.

In June, the Canadian Securities Administrators, an umbrella group for all provincial securities watchdogs, proposed changes that would prohibit deferred sales charges, or DSCs, and curtail some commissions collected by discount brokerages − or do-it-yourself investing services. The recommendations came after six years of study that involved consultation, research reports and much debate within the investment industry.

On Thursday, the CSA formally proposed the change and published a notice asking for public comment after concluding "the conflicts of interest inherent in the DSC option give rise to a number of specific problematic practices and investor harms that warrant regulatory action.”

Shortly after, Ontario Finance Minister Vic Fedeli released a statement that took issue with the recommendations – and seemed to target the decision on DSCs specifically.

“The CSA and [Ontario Securities Commission’s] proposed amendments result from a process initiated under the previous government and, if implemented, will discontinue a payment option for purchasing mutual funds that has enabled Ontario families and investors to save towards retirement and other financial goals,” the statement said. “Our government does not agree with this proposal as currently drafted.” The minister’s office declined to comment further when contacted by The Globe and Mail.

Many in the investment community said they are baffled about why the provincial government is against a more transparent environment for retail investors.

“The answer clearly lies in politics and certainly not for fundamental reasons to do with investor protection,” says Dan Hallett, vice-president and principal with HighView Financial Group.

Tom Bradley, president of Steadyhand Investments, which manages low-cost funds, questioned the government’s motivations. “In an industry when fee transparency is abysmal, deferred sales commissions are the most opaque of all," he said. "The regulators have done their work on this and consulted extensively. All of their work may go out the window for the sake of political opportunism.”

DSCs force clients to pay as much as 6 per cent simply to cash out of their mutual funds, a fee that tends to fall by 1 per cent each year, down to zero per cent after holding for five to seven years. Although this fee sometimes was not disclosed when the fund was purchased, the structure was thought to benefit lower-income investors because it allowed them to buy mutual funds without paying anything upfront. (Mutual funds used to cost as much as 9 per cent simply to buy in.)

At the same time, the penalty for selling a fund within seven years of purchase forced buyers who were aware of the fees to hold onto the investments, something thought to encourage investing discipline during market hiccups.

Investment advisers tended to like DSCs because they would receive a 5-per-cent commission from the mutual-fund manufacturers for selling funds with these fees to their clients.

Today, DSCs are often viewed as an industry relic, and many firms have eliminated or curtailed them. Investors Group, Canada’s largest independent asset manager, cancelled DSCs as of January, 2017. “DSC was created to provide discipline to long-term investing, but the marketplace has evolved,” chief executive Jeff Carney said in a statement at the time of the announcement.

Unlike a decade ago, the marketplace is now full of low-cost exchange-traded funds that low- and middle-income investors can buy. Robo-advisers such as Wealthsimple are also proliferating, giving basic investing advice online for a fraction of the cost of a human adviser.

By opposing the proposal, the Ontario government of Premier Doug Ford could force the regulators to extend the study, which was on the cusp of ending. “Our minister’s support is critically important to the OSC, and we are respectful of our government’s authority to decide whether any rules published for comment ultimately come into effect," the OSC wrote in a statement. The government did not return a request for comment.

Jason Pereira, a senior financial consultant with IPC Securities Corp., says the idea that the proposed changes would create an advice gap and limit low-income investors' access to retirement planning is an archaic school of thought.

“Ten years ago, that may have been the case, but today the emergence of robo-advisers and online financial planning tools has allowed investors to access lower-cost options,” Mr. Pereira said.

“The industry has been hearing for years how DSC mutual funds are frequently prone to abuse, leaving investors unknowingly locked into funds while their adviser received high-end commissions for doing so. This has been the number-one complaint within the mutual fund industry. So if the funds are being abused, then the only way to solve this problem is to take them away.”

However, Advocis, a lobby group for financial advisers in Canada, released a statement on Thursday that supported the Ontario government.

“Our intention as an association is to ensure Canadians have equal access to trusted financial advice," Greg Pollock, president and CEO of Advocis, said. “Today’s announcement demonstrates that the Government of Ontario shares that vision, and intends to work alongside stakeholders to protect consumers.” 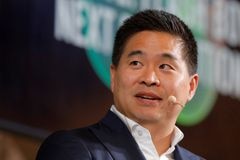 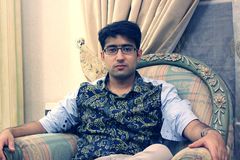 Follow Clare O’Hara and Tim Kiladze on Twitter @oharaclare @timkiladze
Report an error Editorial code of conduct
Due to technical reasons, we have temporarily removed commenting from our articles. We hope to have this fixed soon. Thank you for your patience. If you are looking to give feedback on our new site, please send it along to feedback@globeandmail.com. If you want to write a letter to the editor, please forward to letters@globeandmail.com.
Comments are closed