It was chipmakers’ turn behind the tech woodshed this week, as investors punished shares of the leading producers of computer hardware.

Semiconductor stocks sank a third day Friday, with losses spilling over to Apple Inc. as concerns mounted that smartphone demand would derail earnings growth at the same time China and the U.S. skirmish on the trade front. Meanwhile, the Fang cohort of megacaps, outside of Apple, pushed higher after weeks of struggles. Even Microsoft, a sometimes member of the acronym, rose.

“That’s the flavor of the moment in terms of the pain in tech land -- it gets to software versus hardware,” Mike Bailey, director of research at FBB Capital Partners in Bethesda, Maryland, said by phone. “The advertising-linked companies, they took a big hit and now we’re off of that. Now we’ve gone from a software problem to a hardware problem.”

Apple sank 4.1 percent, its steepest rout since early February. The Philadelphia Stock Exchange Semiconductor Index retreated for a third day, losing 1.2 percent to bring its loss in the week to 4.4 percent. Facebook, Netflix and Amazon.com were all up at least 1 percent in the five days.

Here’s a rundown of down of what’s been ailing semiconductor stocks.

Taiwan Semiconductor Manufacturing Co., Apple’s main chip supplier and often considered an industry bellwether, on Thursday predicted current-quarter sales of about a billion dollars less than analysts had projected. The major whiff renewed concerns over iPhone X demand and triggered a selloff in chipmakers around the globe.

It didn’t help that the worrisome growth forecast came on the heels of a report by the International Monetary Fund earlier in the week that smartphone shipments declined for the first time. Apple investors weren’t calmed, either.

“Apple, they’re not a semiconductor company, but they’re obviously a big smartphone hardware company, and if there’s a near-term problem in that hardware space, they are going to take a hit,” Bailey said.

The semi industry is “getting ‘fugly’,” Neil Campling, an analyst at Mirabaud Securities Ltd., wrote in a note to investors, adding that “the iPhone X is dead.”

The U.S. took fresh steps in its trade spat with China this week, prohibiting ZTE Corp. for seven years from buying any American technology. China hit back Thursday, with its Ministry of Commerce dealing a blow to Qualcomm Inc. as the chipmaker was forced to reapply for approval for its acquisition of NXP Semiconductors NV.

After the ZTE ban, “uncertainty will impact the optical and semi supply chain and could also freeze any U.S. potential M&A activities,” Rosenblatt analyst Jun Zhang wrote in a note.

And the pain may not be over. Bank of America Merill Lynch sees potential for the Philadelphia Semiconductor Index to fall another four to seven percent. As always, Apple’s results could provide some stability if it shows solid demand prospects when it reports May 1. 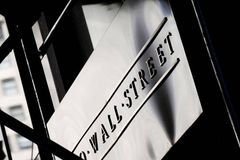 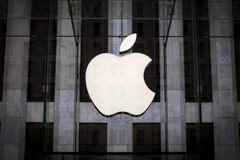 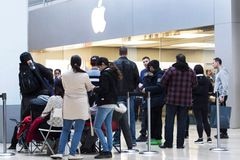