The strength of the U.S. consumer has been often cited as a pillar of the economy and one of the reasons the S&P 500 has recently scaled new heights, but consumer discretionary stocks have skipped the party for several months.

The S&P consumer discretionary sector hit a record high on July 15. But while the S&P 500 has continued to climb to new highs, discretionary stocks have gone in the opposite direction, falling nearly 4 per cent.

Subsequent attempts by the sector have fallen short, with the index making lower highs, indicating a downtrend.

The disappointing performance for the sector comes as U.S. companies continue to point to strong domestic spending.

On Friday, data showed retail sales rebounded in October, although purchases of big-ticket household items and clothing were curtailed. Merrill Lynch said its U.S. consumer confidence indicator bounced further in the survey period through Nov. 12, but remained below July’s levels.

According to Refinitiv data, 65 per cent of the companies in the sector that have reported earnings have topped expectations, below the 74.6-per-cent beat rate for the S&P 500 as a whole through Nov. 15. The third-quarter year-over-year earnings growth rate for the sector has tumbled to 0.9 per cent from the 9.9 per cent anticipated at the start of the year.

“Earnings across the board have been pretty lacklustre – it may be reflective of the consumer taking a little bit of a pause. Consumer spending has been solid but it hasn’t been robust,” said David Joy, chief market strategist at Ameriprise Financial in Boston.

Research firm CFRA forecasts retail sales for the holiday season months of November and December to rise 4.3 per cent to US$1.05-trillion. However, CFRA retail analyst Camilla Yanushevsky says the growth is more a result of an easier comparison with last year, when figures were distorted by the government shutdown. U.S. consumers are not as strong at this time as they were a year ago, she says.

“This is a very confusing time for investors looking at this sector,” said Kim Forrest, chief investment officer at Bokeh Capital Partners in Pittsburgh. “Whither the sales?”

A big overhang on these stocks has been the trade war, Ms. Yanushevsky said, and the perceived progress in negotiations between the United States and China has been a big factor.

Another round of tariffs on about $156 billion in Chinese imports is scheduled to take effect on Dec. 15, raising prices on many consumer products, such as cellphones. Negotiators for the two countries are attempting to reach a deal to cancel current tariffs in phases.

“Right now there is not much optimism; it is kind of a wait-and-see before reacting approach,” Ms. Yanushevsky said. “If there is some sort of optimism like a Phase 1 deal is signed and then there is a clear path to Phase 2 and Phase 3, that could reignite that optimism that we saw in the beginning of the year with the securities.”

Underperformance in Amazon, by far the biggest weight in the sector at more than 20 per cent, has contributed to the lacklustre returns for the sector. Investors have rotated into beaten-down stocks that have become cheap, such as financials and energy names, which have gained more than 3 per cent this month.

“If you back the lens up and say ‘How has consumer discretionary done for the whole year and when did it top out?’, it topped out right when we started to cycle into the things that hadn’t been working,” said Art Hogan, chief market strategist at National Securities in New York.

With Amazon having already reported results, investors will get a look at results from a host of companies in the sector next week, including its second-largest weight, Home Depot.

Other consumer discretionary names due to post results in coming days include Target, Nordstrom, Kohl’s and Lowe’s Companies.

“The fact we are having rotations is healthy because that just means we are not glued to what has been working in 2019,” Mr. Hogan said. “As consumer discretionary goes through that mini-rotation, it probably comes out of it and next week is probably that catalyst to at least see what has been overdone on the downside here.” 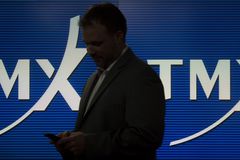