Financial markets appear to have a case of double doubts – unsure the U.S. Federal Reserve will hold its nerve in delaying interest rate hikes to 2024 but now second-guessing their own aggressive assumptions of a tightening late next year.

Investors entered April in a more sanguine mood after one of the worst quarters for long-term bonds in 40 years.

U.S. still far from Fed’s goals, with support needed ‘for some time’

U.S. yields are drifting back lower as the second quarter kicks in despite a blowout U.S. jobs report for March, the highest reading for service sector growth ever, trillions of dollars of more government spending in the pipeline and continuing inflation angst. And it’s not entirely clear why.

The answer over the coming months will be critical not only for the bond market itself but for everything from tech stock valuations to highly indebted emerging economies or the dollar’s strength around the globe.

One reason cited for the apparent rethink on yields was that money market expectations for a full quarter-point Fed rate hike by December, 2022, were likely overcooked and the bond market was more than fully priced for either rate hikes or their consequences.

Looking at euro-dollar deposit futures, they seem extreme and price almost 100 basis points of Fed tightening before the point at which the median of Fed policy-maker forecasts says the central bank will even begin to lift rates in 2024.

Even if the truth lies somewhere in between, that leaves considerable room for market adjustment on policy.

And already, with little or no change yet in that futures picture, 10-year Treasury bond yields – which almost doubled in the first quarter – have recoiled about 15 basis points from the late March high at 1.77 per cent. And the retreat has been right across the curve from two years out to 30 years.

In the face of such sparky economic and fiscal policy headlines, the move is either a quarter-end quirk or something of a reappraisal of inflation risk.

For traders, such as Saxo Markets’ Mike Owens, repositioning around last week’s quarter-end and surprise surge in March U.S. payrolls is the most likely culprit for this week’s “misleading” retreat in yields.

Some analysts, such as those at Rabobank, point to the Fed’s decision last month not to extend its suspension of banks’ supplementary leverage ratio rule beyond a planned March 31 deadline as the key cause of Treasury bond selling by primary dealers during the middle of the month.

If this did spark the sharp run-up in yields in March, then the fundamental picture seen by investors may not have changed as much as it appeared on the surface.

For all the reasonable angst about what happens to prices in an economy allowed to “run hot” from here, there are no shortage of economists who doubt the narrative of runaway inflation.

Five-year inflation expectations embedded in inflation-protected bonds have hovered under 2.7 per cent now since the middle of last month, with 10-year and 30-year rates sidewinding for weeks at much lower levels around 2.3 per cent and 2.2 per cent

While those readings are near the highest in a decade, they will hardly alarm a Fed that has struggled to get inflation up to its prior 2-per-cent target for much of those 10 years.

Indeed, it is now actively targeting those kinds of rates for a period to have any hope of meeting its new target of an average 2-per-cent inflation over time.

Although the IMF nudged up its 2022 inflation forecast by 0.2 percentage point from January for advanced economies over all, that call remains just 1.7 per cent. The quarterly forecast for the end of this year still never breaches 2 per cent.

The IMF insisted this year’s inflation jump – owing largely to base effects from oil and commodity price bouncebacks over 12 months, as well as pandemic-related supply bottlenecks and pent-up demand for services – is unlikely to last.

Prices in sectors less sensitive to cyclical swings show little or no underlying problems, it added. And “trimmed-mean” inflation rates that strip out extreme price swings point to declining rather than rising inflation pressure.

“Subdued” wage growth and weak worker bargaining power have been compounded by high unemployment, underemployment and lower participation rates, it said in its World Economic Outlook.

And even if overall economic slack is less than estimated, the flatter “Phillips Curve” relationship between jobs and wages over many years means there is less of a lock-step risk.

“For the same reason that inflation did not drop much when output gaps were large and negative during the global financial crisis, inflation is unlikely to increase much [now],” it said

For investors, plowing a middle furrow is the only option.

JP Morgan Asset Management markets strategist Karen Ward says this “massive experiment” in economic policy will surprise to the upside, with inflation more likely to average 3 per cent over the next 10 years than 1 per cent and 10-year U.S. Treasury yields still likely to head closer to 2 per cent this year.

Others may be happy to just take the yield and run. 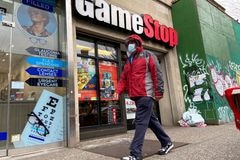 Markets in Q1: Riding a tiger and waking some bears
Subscriber content
March 31, 2021 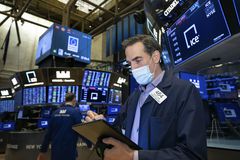