The slow accumulation of companies cutting their dividends is taking some of the stink off an investment category that has been frustrating investors for years.

Preferred shares have been in a bear market of roughly 10 years in length and were utterly savaged in the March stock market crash. They’ve rebounded a fair bit since then, but that’s only part of the reason why investors should reassess them right now.

In uncertain times, preferred share dividends offer more security than dividends paid on the common shares that fill most investor portfolios either directly or through exchange-traded fund and mutual funds.

The economic impact of the pandemic has already started to squeeze companies to a point where they are cutting their common share dividends. A quick sampling: ARC Resources Ltd., CAE Inc., Cenovus Energy Inc., Inter Pipeline Ltd., Richelieu Hardware Ltd. and Shawcor Ltd.

Dividend cuts are not the problem with preferred shares. The real issue is that roughly two-thirds of the preferred share market is made up of rate reset shares, which were developed more than a decade ago to navigate a world of rising interest rates.

Except for brief flashes, rising rates never materialized. And then came the pandemic, a health emergency that rocked the economy to a point where central banks in Canada and elsewhere have had to push rates to near zero.

Rate reset preferred shares were issued with a yield based on a premium over the five-year Government of Canada bond yield, averaging 2.5 to three percentage points. Every five years, the shares reset to reflect the yield environment of the moment. With five-year Canada bonds yielding around 0.5 per cent at mid-week, investors are looking ahead to future resets and seeing disappointingly low yields of just 3 to 3.5 per cent or so based on the standard $25 issue price.

Investor advocate Ken Kivenko has heard from between 20 and 25 investors in the past three weeks or so who are upset about both price declines in preferred shares and the potential for a dividend being reset at a lower rate. Many understood their preferred shares to be “fixed income,” a term that usually refers to bonds.

“One woman told me, ‘I said to my adviser that I don’t want risk and I don’t want trouble, I just want a certain amount of income,’” Mr. Kivenko said.

The preferred share index was down more than 30 per cent from its pre-pandemic peak to its March 23 trough, but then bargain hunters stepped in. “There was a growing sense that the yields available were completely ridiculous,” Mr. Hymas said. “At the bottom, you had the bluest of the blue chip companies yielding 7 per cent on their dividends.”

A quick refresher on falling share prices and dividends: When stocks fall in price, their dividend yield rises. Mr. Hymas said that six months ago, rate reset preferred yields were in the 5.5 to 5.75 per cent range.

Even after the recent rebound, there were still some attractive preferred share yields available as of earlier this week. John Nagel, managing director of preferred shares at Leede Jones Gable, offered a list of big bank rate resets with yields ranging from 6.5 to 8.1 per cent that you’ll find in the accompanying chart (along with five more picks).

Note: Market data as of April 14 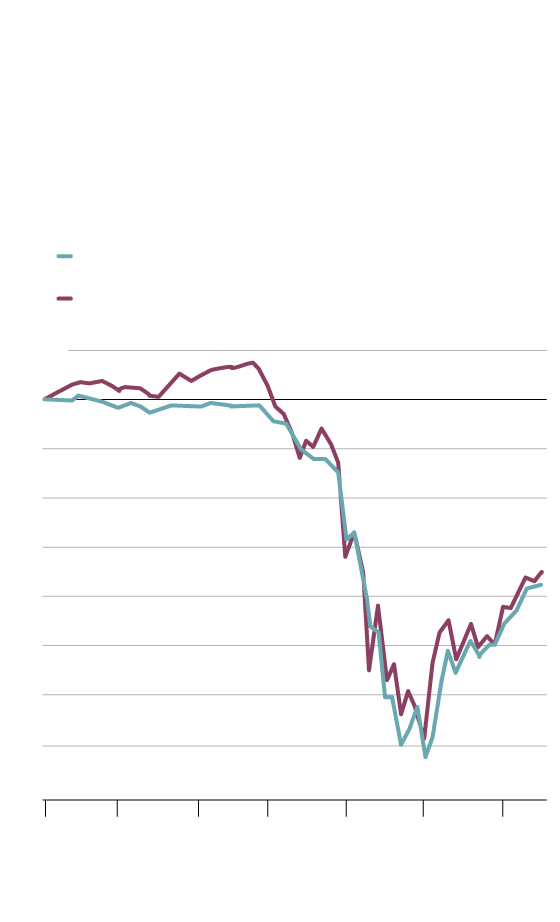 Preferred shares are often thought of as a

income, but they were hit hard in the recent

comparison of the S&P/TSX Preferred 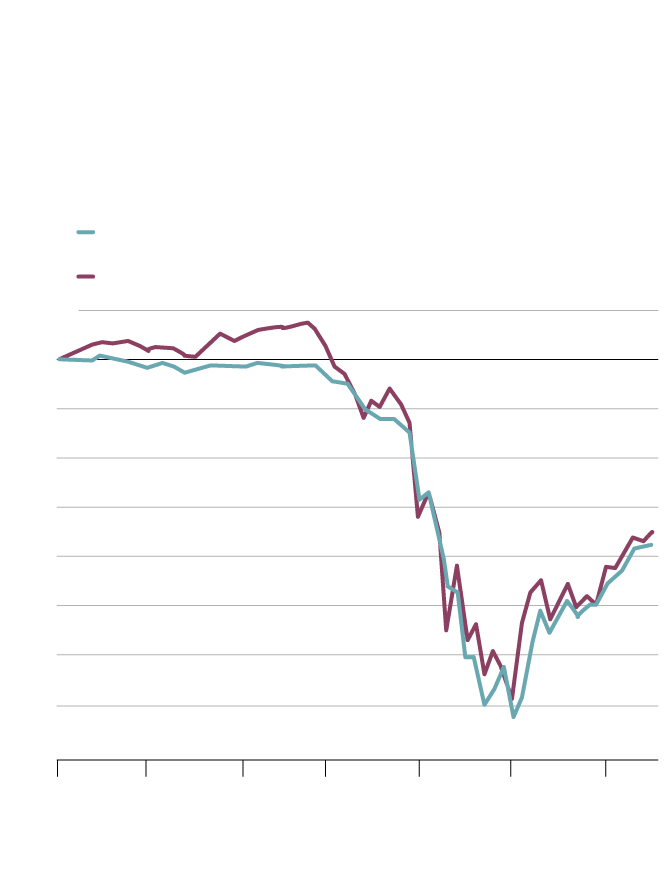 Preferred shares are often thought of as a conservative

way to generate investment income, but they were

a three-month comparison of the S&P/TSX Preferred 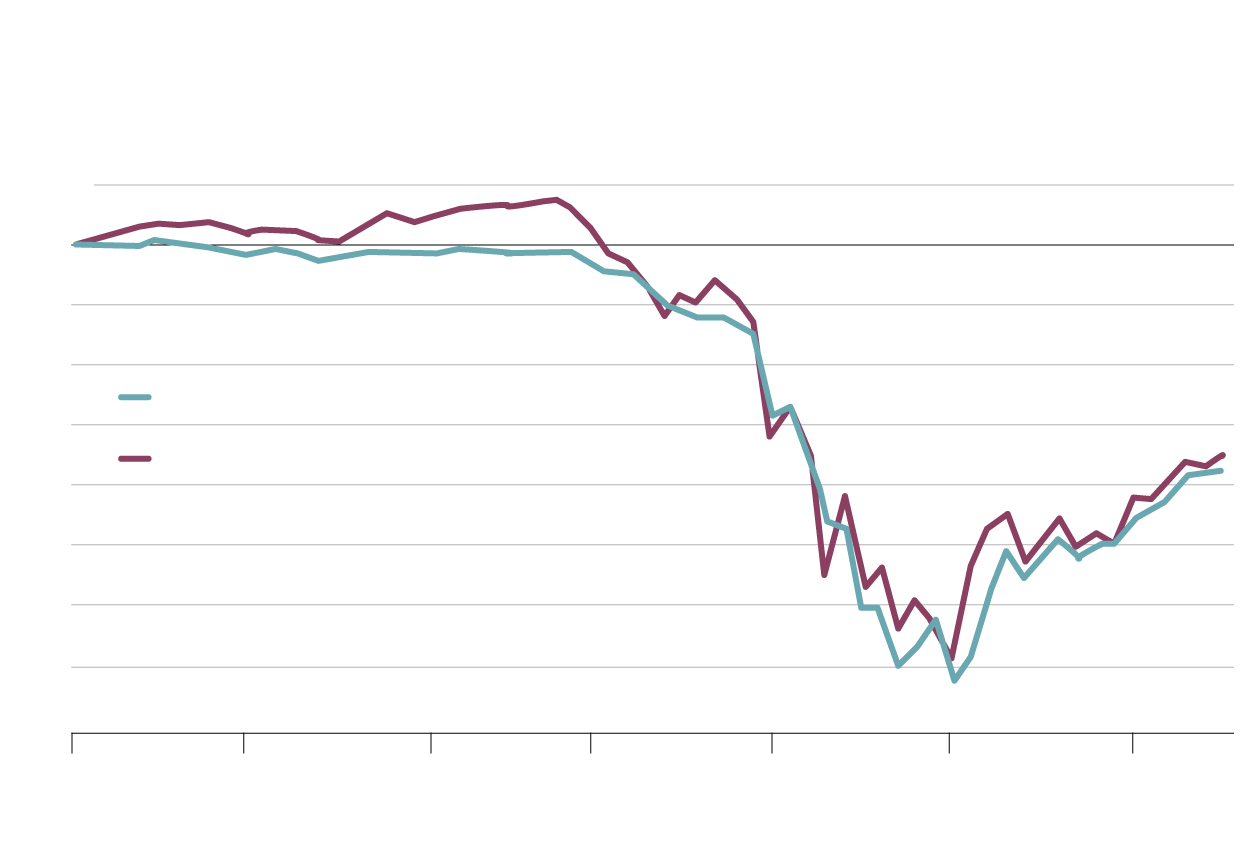 Preferred shares are often thought of as a conservative way to generate investment income,

but they were hit hard in the recent stock market downturn. Here’s a three-month comparison

Additionally, he highlighted five examples from the universe of rate reset issues with a minimum dividend (a kind of floor rate) that were issued by Canadian Utilities (CU.PR.I), Brookfield Asset Management (BAM.PF.H), Emera Inc. (EMA.PR.H), Enbridge (ENB.PF.K) and Westcoast Energy Inc. (W.PR.M). “These are shares that I think will hold their value the best,” Mr. Nagel said.

There are two main types of preferred shares – rate resets and perpetuals, which pay a fixed dividend. Perpetuals typically behave more like bonds, rising in price when rates fall and losing ground when rates rise. However, Mr. Hymas said perpetuals have been lumped in with rate resets lately and have not done well, either.

Looking ahead, perpetuals could theoretically benefit to some extent from low or falling rates. Expect more grief for rate resets and the exchange-traded funds and mutual funds that hold them if rates fall.

The long bear market for preferreds has largely been a result of expectations for higher interest rates being met with a low-rate reality. Waves of investors have come into rate resets thinking the sector was bottoming out, only to be surprised by further price declines.

Why consider rate reset preferreds at all, then? Mr. Hymas says their yields are attractive now and would remain so even if they undergo a dividend reset at today’s depressed rates. And, as we wait for the pandemic’s impact on the economy to hurt corporate profits, there’s the added level of security over common share dividends.