Canada’s big banks are set to report their fiscal first-quarter results starting this week, and there’s a lot at stake: Bank stocks underperformed the S&P/TSX Composite Index in 2019 and have been lagging this year too amid continuing concerns about lacklustre profit growth and rising loan losses.

The good news: The first quarter – which ended Jan. 31 – tends to be a strong one for the banks, largely thanks to a seasonal pickup in trading activity and investment banking.

“This year, we are far more comfortable that the year will have gotten off to a better start,” Robert Sedran, an analyst at CIBC World Markets, said in a note.

Mr. Sedran estimates that profits for the Big Six banks will increase by an average of 5.8 per cent, year-over-year. National Bank of Canada’s 12.1 per cent estimated growth, owing to strong capital markets activity, is the standout in the sector.

But will decent profit growth be enough to get bank stocks moving?

Royal Bank of Canada will kick off the reporting season on Friday, followed by Bank of Nova Scotia and Bank of Montreal on Feb. 25. Canadian Imperial Bank of Commerce will report its results on Feb. 26, and National Bank and Toronto-Dominion Bank will wrap things up on Feb. 27.

Analysts expect that RBC, TD and CIBC will announce hikes to their quarterly dividends when they report their financial results.

But the focus is likely to be on credit losses, given that the banks have been setting aside more money in recent quarters to cover bad loans – a byproduct of the slow-growing Canadian economy, low oil prices and rising personal bankruptcies.

Last year, provisions for credit losses (PCLs) surged 26.3 per cent from 2018, according to DBRS. While that looks like trouble, analysts characterize rising losses as a process of “normalization” from historically low levels in recent years, rather than the start of an alarming trend – for now at least.

Sohrab Movahedi, an analyst at BMO Nesbitt Burns, estimated that the banking sector’s PCL ratio, which compares impaired loans to the banks’ loan books, will rise to 0.41 basis points in the first quarter, up from 0.37 basis points (there are 100 basis points in a percentage point). But the ratio is still below the “through-the-cycle averages,” Mr. Movahedi said in a note.

Nonetheless, the increase is weighing on bank stock valuations. The S&P/TSX Composite Diversified Banks Index has a price-to-earnings ratio of just 10.8, based on estimated 2020 earnings. That is well below the 10-year average of 11.4 times earnings, according to Bloomberg.

Although the banks index is up 3.2 per cent so far this year, the return is trailing the 4.6-per-cent return for the S&P/TSX Composite.

“Not only was credit performance a drag on sector earnings growth in fiscal 2019, it represents an overhang on the Big Six outlook,” Gabriel Dechaine, an analyst at National Bank Financial, said in a note.

He added that analysts have increased their estimates for 2020 credit losses in three of the past four quarters, and by a cumulative total of $1.2-billion, or 11 per cent.

“Until this trend is broken, we believe investors will remain cautious on the sector due to uncertain earnings expectations,” Mr. Dechaine said.

In mid-December, after the banks reported their fiscal fourth-quarter and full-year financial results, Maria Semikhatova, an analyst at Citigroup, downgraded her recommendations on the five biggest Canadian banks to “neutral,” citing loan losses among other challenges. Previously, the analyst had “buy” recommendations on bank stocks.

“Valuations are below historical averages but we maintain our market-weight position for the banks as we think near-term headwinds and the outlook for a relatively soft year with modestly rising PCLs and elevated economic risks will likely continue to weigh on the stocks,” Mr. Mihelic said in a note.

Still, the outlook isn’t entirely gloomy. Mr. Mihelic expects that profits will rise by an average of 6.4 per cent in the first quarter, year-over-year, while revenue rises 5.5 per cent. What’s more, he expects that the banks will generate more profit from their revenues, resulting in better efficiency ratios. That’s important because greater efficiency will help offset rising loan losses and shrinking margins on loans as banks struggle with a flat yield curve.

But even if the first-quarter results are relatively upbeat, analysts expect that full-year results will be less impressive.

“We think this first quarter, backed by strong and rising markets and good capital market results at U.S. banks, will be a much better start to the year than the first quarter of 2019. However, after that initial burst, we see growth rates settling back down into our forecast range,” Mr. Sedran said.

For 2020, he expects bank profits will rise just 3.7 per cent, or about two percentage points below his expectations for the first quarter. 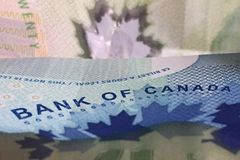 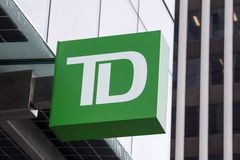 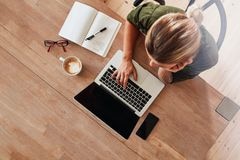