While computer-chip shortages pose a challenge for automakers over the next few months, a recent surge in used-car prices speaks to strong demand for fresh rides. Combine that demand with solid household balance sheets and observers expect new-vehicle sales volumes to rip higher over the next couple of years.

“There is a very positive set of factors driving the outlook for the auto sector right now,” Dan Fong, an analyst at Veritas Investment Research, said in an interview. “And the Canadian auto parts suppliers seem particularly well positioned to take advantage of the opportunity.”

“This doesn’t necessarily mean that we’re going to hit a record 18 million vehicles sold in the U.S., but it does mean we’re not going to go back to pandemic rates of only 13 or 14 million a year,” Mr. Fong said.

Some observers are even more optimistic. Citigroup analysts led by Itay Michaeli published a report this week arguing that light-vehicle sales in the U.S. could hit rates as high as 20 million units a year as the economy rebounds from the pandemic. They base their confidence on a survey of consumer buying intentions that indicates a high level of pent-up demand.

“With a handful of auto stocks still trading at steep discounts to the S&P, our survey suggests the sector can re-rate higher in the [second half of the year],” they wrote. Their top pick is General Motors Co. but they are also enthusiastic about Aurora, Ont.-based Magna.

For his part, Mr. Fong sees a good case for Magna as well as Linamar and Martinrea. He argues all three parts suppliers are better positioned than many critics think for the years ahead.

Their biggest long-term challenge is the auto sector’s gradual shift toward electric vehicles. Battery-powered cars require significantly fewer parts than their gas-powered counterparts. They also depend on advanced technology – not a natural strength for auto parts makers known historically for their expertise in bending metal into structural components.

But the electric transition won’t kill traditional auto suppliers, Mr. Fong says. For one thing, even the most optimistic forecasts for electric-vehicle adoption indicate that gas-powered cars will continue to represent the majority of new vehicle sales in the U.S. over the next 15 years.

And even with the rise of electric vehicles, traditional auto parts makers will still have a role to play. About 70 per cent of a car’s parts remain the same whether it uses an internal combustion engine or an electric motor, Mr. Fong estimates.

“There will still be ample opportunities for traditional auto suppliers,” he says.

To be sure, there will be shorter-term challenges for these companies. One is the continuing worldwide shortage of computer chips. That is putting a lid on auto production for now and will probably continue to do so for the remainder of the year, Mr. Fong says. But he expects the shortages to largely be over by 2022.

A more persistent challenge may be the desire of automakers to ensure their supply chains can withstand any future shocks from pandemics or similar calamities. It’s possible these key customers could force suppliers to operate with higher levels of inventory than in the past, which would reduce their cash levels. But given the financial strength of the Canadian parts makers, Mr. Fong expects any such demands to be a headwind rather than a body blow.

He sees a lot to like in all three Canadian companies. Magna, for instance, is a “perennially strong free cash flow generator” with growing expertise in key technological areas.

For its part, Vaughan, Ont.-based Martinrea is developing expertise in ways to reduce vehicle weights, notably through its investment in a producer of graphene, a lightweight carbon-based substance known for its strength and intriguing chemical properties. 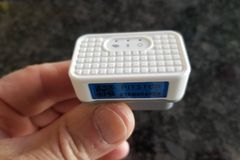 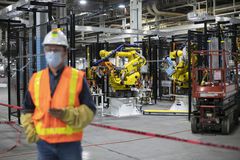 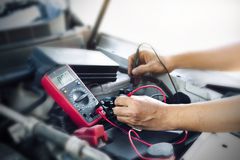