The market rally after the Federal Reserve’s update on U.S. interest rates underscores the degree that equity markets are closely following the path of inflation-adjusted bond yields. And, while the correlation may not last, the relationship highlights the extreme influence of the Federal Reserve and the Bank of Canada throughout the 2019 equity rally.

The S&P 500 and to a great extent the S&P/TSX Composite Index (rallies in the two benchmarks have been extremely correlated so far in 2019) have been rising in accordance with the degree that inflation-adjusted yields have fallen in 2019. This may sound like a highly technical issue, but it provides an explanation as to how equities have been able to climb so far while earnings growth and the global economy stall.

The accompanying chart compares the S&P 500 and the five-year Treasury Inflation-Protected Securities (TIPS) yield. The latter asset tracks the yield of the five-year U.S. Treasury bond yield minus the current rate of inflation (note that it’s plotted inversely on the chart to better show the trend).

The two lines do not, admittedly, move together tick by tick. But, according to Bloomberg cross-asset reporter Luke Kawa, the trailing 30-day correlation level is at five-year highs – the U.S. equity market and inflation-adjusted yields are moving more in tandem than at any point since 2014.

A slowing global economy – consensus estimates on global GDP growth have fallen to 3.4 per cent from 3.7 per cent in mid-2018 – and the resulting hesitance of central banks to continue raising interest rates explain most of the decline in real yields.

Slower worldwide business activity has also had a negative effect on global profit expectations – 2019 earnings forecasts for the MSCI World Index have declined by 2.1 percentage points since December.

A deteriorating economic backdrop and lower profits are not something most investors associate with an equity market rally. So what’s going on?

To answer this question, we need to recognize that markets were terrified of higher interest rates in the fourth quarter of 2018. Hawkish signals from the Federal Reserve and the Bank of Canada contributed to a 15-per-cent decline in the S&P/TSX and a 20-per-cent drop for the S&P 500 between Sept. 20 and Dec. 24.

The market’s biggest concern – rising interest rates – began fading at that point. The risks that higher rates were indicative of inflationary wage growth that would threaten corporate profit margins also receded. This provided an all clear to buy stocks and the rally continued. Those dividend-paying market sectors such as utilities and REITs that historically decline as rates rise recovered strongly as real rates fell.

Most important, the directional change in real interest rates had a profound effect on stock valuations. This is because in an academic sense, the price of any stock is the discounted value of future earnings and cash flow.

Risk-free bond yields are the main component of the discount rate. As bond yields rise, stock values automatically decline in the academic formula. (The simple way to think about this is that bond yields are part of the denominator for calculating future value, so the higher the denominator, the lower the value.) The lower value of stocks is shown in lower price-to-earnings multiples – investors aren’t willing to pay as much in terms of valuation when rates are climbing.

The second chart outlines the inverse relationship between rates and valuations. From early September to Dec. 14, 2018, U.S. real rates rose from 0.74 per cent to 1.12 per cent. The S&P/TSX Composite forward P/E ratio fell from 15.6 times to 13.8 times while the index fell 10.2 per cent.

So, here is how I see the sequence of market events in the past nine months or so. Beginning in mid-2018, rate hikes and hawkish guidance from central banks led to rising real yields, and an equity sell-off driven by subsequent profit margin and valuation fears. Confronted by weakening global and local economic data, central banks backed off in 2019, allowing investors to revalue equities at much higher levels close to the 2018 index peaks.

The power of interest rates and central bank monetary policy has been on clear display this year. Markets on both sides of the border have staged a remarkable recovery despite weak earnings and a deteriorating global economy largely because of rate-driven valuation expansion. How the outlook for Canada’s miners may hinge on Volkswagen’s $66-billion gamble on electric vehicles Subscriber content
March 13, 2019 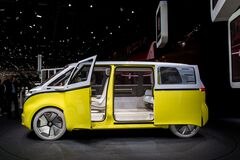 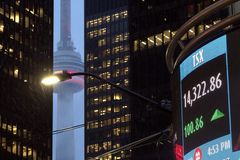 Here’s how to tell how much longer this market rally will last Subscriber content
February 28, 2019 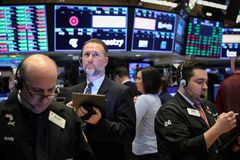