E-sports is poised to become a billion-dollar global industry by the next decade, but there are limited options for investors looking to bet on the professional gaming market. Most choices include buying diversified entertainment companies with an e-sports segment or betting on small, riskier, more pure-play companies that are new to the public markets.

Analysts expect more e-sport investment options to pop up as the industry continues to grow and mature – and as more e-sports companies go public in the coming months. Still, some portfolio managers and analysts are cautious about which companies to buy given the industry’s short track record, not to mention the broader market volatility.

E-sports is competitive gaming played at a professional and amateur level. The bulk of the spending is in advertising and sponsorships that target not just players but also e-sports fans who watch the events at live venues or online. Research firm Newzoo estimates brands will invest US$694-million in e-sports in 2018, or about 77 per cent of the total market, a number it expects to grow to US$1.4-billion by 2021, or 84 per cent of total e-sports revenue.

“The e-sport industry is big already and is only expected to grow; the problem is there aren’t a lot of pure-play investment opportunities,” said Ryan Modesto, CEO at 5i Research.

Bruce Campbell, portfolio manager at StoneCastle Investment Management who has a track record of entering emerging sectors – such as cannabis – early, has yet to invest in e-sports. It’s not without doing some due diligence.

“We are quite excited about what it could potentially be,” Mr. Campbell said. “We want to be in there; we just haven’t figured out yet how we can make money.”

Analysts also point to Chinese multinational Tencent Holdings Ltd., which owns Riot Games, the company behind the popular League of Legends video game and League of Legends Championship Series e-sports league. While these are large players, the stocks are still volatile in the trend-driven gaming industry and can drop amid concerns about competition or regulatory issues.

In Canada, investors can play the sector through entertainment companies Cineplex Inc. and theScore Inc., each with its own growing e-sports segment.

TheScore said recently that it set a new monthly record in October for video views on its e-sports YouTube channel. It also said its YouTube subscriber base has grown from 30,000 in January, 2017, to more than 500,000 as of October, 2018, with monthly video views rising from 1.5 million to 15.6 million. The company makes money on its e-sports content through digital advertising.

Mackie Research analyst Nikhil Thadani covers theScore and likes its “industry-leading e-sports offering.” He has a “buy” rating and a target price of 70 cents on the stock, which closed Wednesday at 27.5 cents. The company also has apps providing sports news, scores and stats.

Cineplex entered the arena in 2015 by buying WorldGaming, an online e-sports platform geared to amateur players. Its Rec Room division is also used as an occasional e-sports venue. While the company doesn’t break out the revenue for the e-sports segment, WorldGaming president Wim Stocks said in an interview the division is “a big part of the diversification strategy Cineplex has embarked on.”

There are smaller, more direct plays such as Enthusiast Gaming Holdings Inc., which went public on the TSX Venture Exchange in October, and currently has a market capitalization of about $40-million. Enthusiast Gaming states on its website that it has a platform of more than 80 owned and affiliated websites and owns and operates Enthusiast Gaming Live Expo, which it describes as Canada’s largest gaming expo. Another smaller public player is Millennial Esports Corp., a mobile video game publisher focused on motorsport racing, with a market capitalization of about $11-million.

Mr. Modesto cautions investors about getting into small e-sports stocks at this stage, given the industry is still nascent, especially in the public markets.

“It’s small and there’s not much of a history there yet,” he said. “You can get herding behaviour with these types of theme stocks, so it will be really volatile for most investors."

Instead, he recommends investors watch the sector and do their homework on companies they like.

“If it’s going to be a big industry, as predicted, you don’t have to be one of the first in it,” Mr. Modesto said. "There will be time. We far prefer to let things de-risk and have a bit more certainty in terms of track records and consistent revenues and be more confident the companies will be around for another 10 years, versus speculating which one will be the next big thing.” 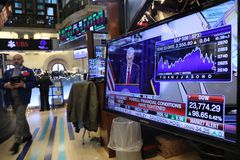