For months, we’ve watched lenders slash five-year fixed mortgage rates to levels never seen before. But, we may have come to an inflection point.

Optimism has seized the day and interest rates in the bond market have rocketed higher, with Canada’s five-year government yield reaching 0.5 per cent on Tuesday, up about 10 basis points from last week. The catalysts: less U.S. election uncertainty and new hope for a COVID-19 vaccine, thanks to positive trial results from Pfizer Inc. and German partner BioNTech SE.

As rate watchers know, fixed mortgage rates are benchmarked against bond yields. The move in five-year yields, if there’s follow-through, could propel five-year fixed rates. Lenders were quick to point that out this week, with several sending notes to mortgage brokers warning of potential rate increases.

As of Tuesday afternoon, five-year fixed rates still sit at historic lows – 1.59 per cent or lower if you buy default insurance and 1.84 per cent or lower on uninsured mortgages. This week’s flare-up in yields, however, increases the probability that current rates are, or are near, the lowest we’ll see in this interest rate cycle.

Waiting hours are over. It no longer makes sense to stall for lower fixed mortgage rates, just to save 10 or 20 basis points.

Could rates still drop? Absolutely. Could it be 20 C on Christmas Day in Toronto? Absolutely. But I wouldn’t bet on either.

Heroes make zero. If you need a fixed mortgage in the next 120 days, and a fixed term is right for you, forget any desire for a better deal than what you can find today.

Lenders' profit margins are tight and rising yields are tightening them further. If yields climb higher, banks may not delay in taking fixed rates with them.

My crystal ball is far from infallible, but this much seems clear. Despite all the economic gloom right now, we will see brighter days economically; 2021 will be a year of recovery. The bond market believes this. It prices in good news one to two years in advance.

In other words, by the time we know the economy is back to prepandemic levels, fixed rates will have already shot up.

Even if the rate market continues pricing in only a modicum of optimism, that could be enough to take five-year fixed rates 25 to 50-plus basis points higher. I’m in no way guaranteeing that will happen. But it’s fair to say the risk-reward no longer favours variable mortgage rates.

Every quarter-point hike on today’s average mortgage amount is more than $3,000 of extra interest over five years.

Anyone who’s riding out a variable at prime minus 1 per cent or better will have a tough call to make in coming days. Hold on to a variable rate like 1.45 per cent or less, or pay to lock in under 2 per cent.

The right answer depends on several factors, among others: one’s risk tolerance/psychology, overall qualifications (employment stability, financial resources, credit, and so on) and the rates available to you. But, despite the chance of rates simply flatlining for months or years, no one can blame a borrower for locking in today.

At this point, rate watchers all want to know what the Bank of Canada will do to curb rising bond yields. After all, it’s pledged to keep rates low until 2023.

“While the basis of the news today is unequivocally growth and inflation positive, there are limitations that must be respected,” said Ian Pollick, Canadian Imperial Bank of Commerce’s global head of fixed income, currency and commodity strategy, in a note Monday. Among other things, " … Let us not forget the limited tolerance of central banks to allow higher real-yields entering the market on a sustained basis.”

Indeed, the Bank of Canada has promised that its bond purchases, which could slow the ascent of fixed mortgage pricing, will “continue until the recovery is well under way.”

In any case, despite Monday’s good news on the vaccine front, there’s a long road ahead before good news helps struggling businesses and unemployed Canadians on the ground. That, and Bank of Canada bond buying, will continue to exert drag on mortgage rates. But as any pilot knows, you can still have lift with drag.

The pandemic splurge giving us the most joy is...
Subscriber content
November 5, 2020 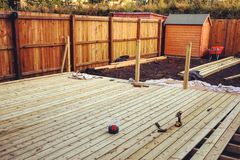 Opinion
On the eve of the Aeroplan relaunch comes a new credit card that rewards the stay-at-home life
November 4, 2020 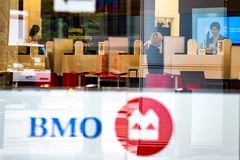