There is one thing above all others that our society encourages you to overspend on – houses.

We even have a cute phrase for buying more home than you can afford: “house poor.” And being house poor isn’t bad, the conventional – and wrong – thinking goes. You’re just paying your dues for the greater glory of owning a house.

In a recent poll by Royal Bank of Canada, 39 per cent of participants said they are or have been house poor. While 92 per cent said that mental stress is a potential result of being house poor, 47 per cent said it’s worth the sacrifice. House poor is defined for this survey as referring to someone who is overextended, spending 30 per cent to 40 per cent – or more – of their total income on mortgage payments, property taxes, maintenance and utilities.

Among those who do not think home ownership is worth the sacrifice of being house poor is Kurt Rosentreter, a financial planner and investment adviser with both accounting and financial industry credentials.

Mr. Rosentreter says that part of what you sacrifice when you’re house poor is being able to afford things such as new cars, vacations and home furnishings without resorting to debt. That’s the trivial stuff.

Worse by far is the impact on long-term savings for you and your family. Take registered education savings plans, which are a no-brainer savings tool for parents who want to help their children afford the ever-increasing cost of post-secondary education.

“When I look at our 30- to 40-year-old clients, we had a record number that didn’t give us any money for RESPs last December,” Mr. Rosentreter said. “And I know the money is not going anywhere else. Because when you poke them and say, hey, it’s the RESP deadline, they say, ‘Sorry, Kurt, can’t get to it this year.’

“And then you roll through RRSP season – same thing.”

Mr. Rosentreter recently wrote an article about how some 50-year-olds are facing an ugly financial reality because they have overspent on houses and undersaved for retirement and their children’s university or college education.

Those fiftysomethings sound like a cautionary story about buying too much house, but the reality is actually worse if you’re getting into the real estate market today. The average resale house price nationally has almost tripled since 2000, far outpacing income growth. This makes houses harder to afford to buyers today compared with 20 years ago.

Another advantage today’s fiftysomethings have is that they built their careers at a time when pensions were more common than they are now. The Canada Pension Plan is being revamped to provide higher benefits for millennials who retire decades from now, but they’ll still need to save more aggressively for their retirement than previous generations. Being house poor will make that difficult.

In the RBC poll, roughly half of people said they would not put themselves in a position to be house poor. Mr. Rosentreter’s experience suggests people are actually less cautious than that about buying too much home.

He urges young clients to strive for balance in their financial lives – own a house, but have enough household cash flow to save for the future. When he suggests moving to the suburbs or out of the city altogether to find affordable houses, he’s usually ignored.

Homes are so expensive in some cities that young people may never be able to afford to buy without becoming house poor. Should they suck it up and buy, anyway? Or should they rent indefinitely, even if costs are steep in cities such as Toronto?

“Renting for life should at least be reviewed in places like Toronto and Vancouver, even though it’s culturally not the accepted norm,” Mr. Rosentreter said. “Because you can’t give up everything else just to own a home.”

How to buy without becoming house poor

My Real Life Ratio calculator was designed to help home buyers find out if they can afford to own a home, put money aside for the future and pay for everyday expenses like a car loan and daycare. Don’t settle for the affordability calculators offered by banks and others who live off mortgage lending.

Are you a homeowner with mortgage and debt? Are you worried about rising interest rates? If you would like to share your story with The Globe and Mail, contact reporter Rachelle Younglai at ryounglai@globeandmail.com 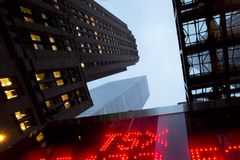