As their 50th birthdays approach, Bill and Hannah are planning to leave behind their big-earning and big-spending oil patch lifestyle and move back to Ontario to help care for ailing relatives.

“Our world has taken a bit of a crazy turn,” Bill writes in an e-mail. “We decided to leave our life here in Alberta this summer and move back to Eastern Ontario.” They’ll be uprooting their two children, ages 11 and 14.

Bill will be leaving behind a salary of more than $220,000 a year, plus a substantial bonus and company stock. Hannah is not employed at the moment. In Ontario, Bill figures he will be making about $30,000 a year working part time. He hopes to retire fully in 2024, at which point they would downsize again to a condo.

Their lifestyle spending will be “pared down in retirement, and when the kids leave home,” Bill writes. They wonder whether their plans pose long-term financial risks. “Can we afford to retire soon?” he wonders. Their retirement spending goal is $80,000 a year after tax.

We asked Matthew Ardrey, a vice-president and financial planner at TriDelta Financial in Toronto, to look at Hannah and Bill’s situation.

Moving across the country will be expensive, Mr. Ardrey says. As well, Bill and Hannah will face selling expenses, legal fees and costs to redecorate their new house. The planner puts these costs at $100,000 on an $800,000 house, or 12.5 per cent of the sale price. He assumes they buy a house in Ontario for $700,000.

After six years, their goal is to net $250,000 from downsizing. After costs, estimated at 10 per cent of the sale price, they would be able to purchase a home worth $400,000 in today’s dollars, the planner says.

“Even with the amount of savings they have accumulated, they will fall slightly short of achieving their [education savings] goal,” Mr. Ardrey says. As well, the asset mix of the RESP is almost all in equities. “If markets were to fall in the next few years, it would have a substantial impact on their financial plan – and require a much more significant capital infusion.”

Bill and Hannah contribute the maximum to their tax-free savings accounts each year and Mr. Ardrey assumes they will continue to do so throughout their retirement years. In drawing up his forecast, he assumes Hannah will get 50 per cent of the maximum Canada Pension Plan benefits and Bill will get 70 per cent. They will start drawing government benefits at the age of 65 and the inflation rate will average 2 per cent a year.

As with the RESP, virtually all of their investment portfolio is in stocks. “When markets fall again, this will have a severe impact on their retirement plans,” Mr. Ardrey says. He suggests some alternatives.

In the first plan, Bill and Hannah reduce their equity exposure to 60 per cent, with 40 per cent in fixed income. Historically this balanced mix has returned 4.25 per cent a year net of investing costs. They would still achieve their goal of spending $80,000 a year. At 90, they would have an estate of $4-million, including real estate and personal effects. If they wanted to spend all of their savings instead, they could increase their spending to an inflation-adjusted $99,000 a year.

In the second plan, Bill and Hannah make no changes to their asset mix and suffer a 20-per-cent portfolio loss near the beginning of their retirement. Their asset mix historically has returned 4.75 per cent a year. “Even with this major loss, they can achieve their retirement goal of spending $80,000 per year, but they are in worse shape than if they took on a more conservative mix,” Mr. Ardrey says. At 90, they would have an estate of $3.2-million, or if they wanted to spend all their savings, they could increase their spending to $92,000 a year.

A third scenario has the couple including some alternative investments in their asset mix. They would shift their portfolio to 50-per-cent stocks, 30-per-cent fixed income and 20-per-cent alternative investments. (Examples of “alternative” investments include global real estate, private debt and private equity.) Their returns would be expected to average 5 per cent a year “while providing additional insulation from a severe market downturn,” Mr. Ardrey says. They’d have an estate of $6.8-million. Or they could deplete their savings and not leave an estate, which would increase their spending to $111,000 a year.

Because they are moving from Alberta to Ontario, there are some other financial implications to consider, the planner says. Taxes in Ontario are higher than in Alberta, especially at Bill’s income level. Deductions from his employment in 2018 would be based on Alberta rates, but he would be an Ontario resident for tax purposes because he would reside in Ontario on Dec. 31, 2018. This could result in a larger tax bill than expected next April.

Hannah and Bill should keep a record of all of their moving expenses because they could be deductible against employment income earned in Ontario, the planner says. Because estate planning is a provincial jurisdiction, they should redo their wills and powers of attorney. “Also, they may want to change executors and/or attorneys to someone local.”

Ontario has a probate fee of 0.5 per cent of the first $50,000 of an estate and 1.5 per cent on the remainder. “This contrasts sharply to Alberta, where the maximum probate fee is $400,” he says. “They should consider putting investment accounts in joint names with the right of survivorship to reduce exposure to these costs.”

The people: Bill and Hannah, both 49, and their two children.

The problem: Will the big move they are making entail too much long-term financial risk or will they be able to retire comfortably in a few years?

The plan: Shift the asset mix in the children’s RESP and their own portfolios to a more balanced approach so they will not be so vulnerable to a market downturn. Seek expert advice about differences in tax and estate-planning law between Ontario and Alberta.

The payoff: Much less risk to their financial goals.

Responsible savers wonder if they’ll have enough money to sustain their lifestyle in retirement
April 6, 2018 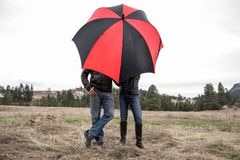 This young saver and investor is wondering how she can achieve her many goals
March 30, 2018 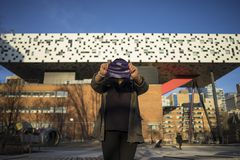