Roland and Rebecca are doing all the right things to retire much earlier than most people. She is age 39, he is 41. They’re hoping to hang up their hats in about 10 years.

Three years ago they sold their house in Toronto and moved to a nearby city, buying their new, less expensive house outright. “We are completely debt-free,” Rebecca writes in an e-mail. “Both our cars are paid free and clear. We have no mortgage and we have no credit card or credit line debt.”

They’re living well below their means. He earns $110,000 plus variable commission in sales, while she brings in $105,000 in a management job. Their retirement spending goal is a modest $40,000 a year after tax.

“We have put ourselves strategically into a position to save heavily in hopes of retiring early,” Rebecca writes. They have “maxed” their son’s registered education savings plan, which is self-directed. They have registered retirement savings plans; “however, we have been hesitant to max them out due to tax implications,” Rebecca adds. They are concerned about paying more tax later than they would be saving now. Rebecca has just enrolled in a retirement savings plan at work to which both she and her employer contribute. Roland recently joined a defined contribution pension plan that has a similar arrangement.

Short term, they are planning some renovations to their home. Longer term, they’re thinking of buying an investment property. They’d pay up to $500,000. They also ask for advice on tax strategies. “Can you help us with a path forward?”

Roland and Rebecca “are on a great path toward being able to retire in 10 or 15 years,” Mr. Sears says. “They are living well below their means and are saving a lot of money each year.”

In preparing his forecast, Mr. Sears assumed they both retire Jan. 1, 2033, and that they live to be age 95. They get half of the maximum Canada Pension Plan benefit at age 65 and full Old Age Security. The inflation rate averages 2 per cent a year. They maintain their current savings rate, contributing first to their registered plans, including their group plans at work, contributing the remainder to a joint taxable investment account.

In order to meet their early retirement goal, Roland and Rebecca will have to generate at least a 4-per-cent rate of return after fees, Mr. Sears says.

Based on the above assumptions, they could spend even more than their $40,000 target, Mr. Sears says. “Their maximum sustainable lifestyle expense would be $52,790 a year indexed to inflation,” he says. He also ran some additional sensitivity analyses, increasing the inflation rate as well as decreasing the investment returns. For example, he changed the inflation rate, raising it to 3, 4 and 5 per cent. In each of these scenarios, the minimum rate of return needed was 4, 5 and 6 per cent, respectively. In other words, they would need to earn a rate of return at least one percentage point above inflation, net of any fees, to sustain the $40,000-a-year spending goal.

Roland and Rebecca have asked about tax planning both pre- and post-retirement. “Pre-retirement, they should be looking at maximizing their TFSA and RRSP contributions,” Mr. Sears says. “Future tax implications shouldn’t be a worry to them because they are going to be in a lower tax bracket in retirement than they currently are in.”

It is better for them to start sheltering the growth sooner rather than later and max out their RRSP contributions as soon as possible, the planner says. “They do not have to utilize the deduction in the year the contribution is made,” he notes. ”They can choose to spread the deductions over a few years to maximize the tax benefit.”

After they have retired from work, “there will be a number of years with very little income,” the planner notes, “the years before they are forced to start withdrawing from their RRSP and Roland’s locked-in retirement account.” (Roland will convert his DC pension to a LIRA when he retires.) “In those early years, they don’t want to waste available tax credits,” Mr. Sears says. They would withdraw their cash needs from their RRSPs rather than taking it all from their tax-free savings accounts and their taxable account.

If Roland and Rebecca retire early as planned, they will have 12 to 14 years before they start collecting CPP and OAS at age 65, the planner says. “This provides them with some opportunity to take advantage of some tax-planning strategies,” he says. “Planning would need to be done annually to determine their cash flow needs, as well as what income their taxable investment account has generated for the year.”

By the time they retire, they could have about $400,000 in their taxable account, or $200,000 each. Assuming a 4-per-cent minimum rate of return, “each would only have about $8,000 of taxable investment income,” Mr. Sears says. How the income is taxed depends on whether it is interest income, which is 100 per cent taxable, or dividends and unrealized capital gains, which are more tax-efficient. “In that case they’d have more tax credits to utilize,” the planner says. “They both could then withdraw from their RRSPs to top up their income throughout the year.” Roland and Rebecca should continue contributing the maximum to their TFSAs after they retire, using funds from their taxable account and later, from the drawdown from their RRSPs, which they would convert to registered retirement income funds.

If in the meantime they decide to buy an investment property, the couple might want to use some of their taxable savings and TFSA funds toward a down payment. Having a bigger down payment would reduce the size of the mortgage loan they’d have to take out, thereby increasing the property’s monthly cash flow.

“As they near retirement, Roland and Rebecca should also consider if their expense goal is still reasonable, and that it is accurate,” Mr. Sears says. Because they manage their investments themselves, they will need to track their performance and rebalance the portfolio as needed.

Finally, by retiring in their early 50s, “they will spend almost half of their lives retired and will need to find activities to stay busy, which could increase their expenses,” the planner says.

The problem: Are they on track to retire in their early 50s?

The plan: Continue the aggressive savings. Monitor their expenses. Draw first from their RRSPs after they have retired. Invest to stay ahead of inflation.

Can Tim and Tamsin afford to retire after years of running a business?
Subscriber content
August 13, 2021 Are Dylan and Darlene ready to take it easy and retire from the work force?
Subscriber content
August 20, 2021 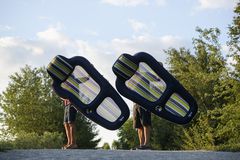 How Nick and Naomi can retire at 55 while still maintaining financial freedom
Subscriber content
July 30, 2021 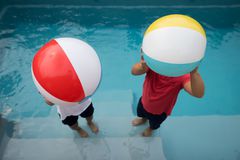