As government workers, Justin and Helen are both members of a defined benefit pension plan, which leads them to wonder: Should they cash in their registered savings to pay down the mortgage on their Edmonton house? Does it make sense for people with government pensions to have RRSPs at all?

Justin is 44, Helen is 38. Together, they bring in about $258,000 a year, with his salary being the higher. As well, Helen has a private practice that averages about $38,000 a year, but the income fluctuates so they have not included it in their budget. They have a toddler and are planning for a second child in the next year or so.

If they cashed in their registered retirement savings plans and tax-free savings accounts now while Helen is still on parental leave, they could have their mortgage paid off completely in eight years, Justin writes in an e-mail. If they then redirected the money they had been paying on the mortgage to their TFSAs and non-registered investments, “would we have just as much, if not more, money than if we retained our current RRSPs?” he asks.

We asked Barbara Knoblach, a financial planner at Money Coaches Canada in Edmonton, to look at Justin and Helen’s situation.

If Justin and Helen continue with their existing savings and mortgage payments, they will have the mortgage paid in full by the time Justin is 60, Ms. Knoblach says. In this “as is” scenario, they save $36,000 a year, distributed across RRSPs, TFSAs and non-registered investments. They can expect to retire with spending power of $127,300 a year at Justin’s age 65, the planner says.

Ms. Knoblach compares the “as is” scenario with a situation in which they withdraw their registered savings to pay down the mortgage. “Cashing in their RRSPs will come with a hefty tax bill,” the planner says. After tax, they could comfortably make a lump-sum mortgage prepayment of $183,000, Justin estimates. If they then resumed making mortgage payments at the current rate, they would retire the mortgage by the time Justin is 51, “thus knocking nine years off the lifespan of the mortgage,” Ms. Knoblach says.

For the two situations to be comparable, the couple would have to continue with their current savings rate of $36,000 a year starting in 2020. These savings would go to their TFSAs and non-registered accounts rather than to RRSPs. As well, they would have to redirect the entire amount of their current mortgage payments, or $28,400 a year, to their annual savings once the mortgage has been paid off in full at Justin’s age 51. “Their spending power in retirement would then be estimated at $129,700 a year,” Ms. Knoblach says.

Justin may be surprised to learn that the “as is” scenario will leave them with more money in the bank, she says. “However, the higher spending power in retirement is obtained in the mortgage prepayment scenario because the money saved is in after-tax dollars.”

One of the main concerns about the couple’s plan is their long time horizon – more than 20 years, the planner says. “A lot can happen between now and then.” They could change careers, or their DB pension plans could be converted to defined contribution plans, where the payout is tied to financial markets.

“Justin and Helen should take into consideration that they would not reach their retirement spending goal if they could only bank on the pension entitlements they have earned to date,” Ms. Knoblach says. “My recommendation to them, therefore, is not to count their chickens before they’re hatched.”

As to whether public servants with defined benefit pension plans should invest in RRSPs, “the answer is yes, but they need to be prepared for more extensive financial planning,” Ms. Knoblach says. Because Justin is in a high tax bracket, he will benefit from making contributions to an RRSP. “He should make contributions to a spousal RRSP to equalize the retirement savings between himself and Helen,” the planner says.

When Justin is ready to retire, he could work part-time for a few years, during which time he would defer his pension and government benefits, and instead draw down his RRSP in a tax-efficient manner, the planner says.

Once he begins drawing his pension and government benefits, he could split the income with Helen, “which will lead to significant tax savings,” she adds. Because Helen is younger, she could draw down her RRSP later.

If it turns out they both are entitled to substantial DB pensions, they could opt to take the commuted value as a lump sum for one of them. “This would give them more planning opportunities as to when to draw down these funds,” Ms. Knoblach says.

One option Justin and Helen do not seem to be considering – and the one the planner recommends – is using some of the funds generated by Helen’s private practice to pay down their mortgage more quickly, Ms. Knoblach says. They have asked that this money not be included in the calculations. But if they were able to draw on these funds to pay an additional $20,000 toward the mortgage every year, increasing the payment from $28,400 to $48,000, they would be able to retire with the same standard of living as in the “as is” scenario, “except that they would be mortgage-free much sooner.”

The problem: Should they cash in their registered savings to pay down their mortgage? Do RRSPs make sense for people with DB pension plans?

The plan: Of the two options – “as is” or paying down the mortgage, the “as is” scenario is preferable. Even better would be using some money from Helen’s private practice to pay down the mortgage more quickly. And yes, RRSPs offer significant financial planning opportunities for civil servants.

The payoff: A clear understanding of their options.

Editor’s note: (Dec. 30, 2019): An earlier version of this article included an incorrect age for Helen.

How soon can an Alberta couple retire without jeopardizing their retirement-spending target?
December 20, 2019 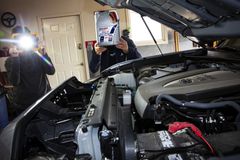 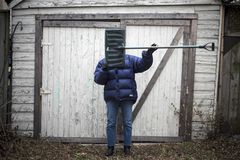 Middle-aged and job-challenged in Alberta: Couple nervous about tapping their savings
December 6, 2019 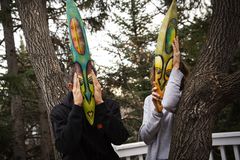