If you’ve been following the news lately, it will come as no surprise that there have been numerous writers raising the possibility of a tax on the principal residences of Canadians. It seems to have started with a report that Canada Mortgage and Housing Corp. has provided a $250,000 grant to researchers at the University of British Columbia, where the focus is on housing wealth and inequality, according to the CMHC. The project is considered the first one sponsored by the Crown corporation as part of the Liberal government’s National Housing Strategy.

The CMHC said reports that it was researching the taxation of homes of Canadians are “misleading.”

But is there reason to be concerned? Sure. Generation Squeeze, an advocacy group for younger Canadians that is involved in the UBC study, has said “many Canadians bank on profits from home ownership to secure their financial future and gain wealth. We need to make it so that no Canadian relies on gains in housing wealth to feel secure, and we need to rethink policies that, by encouraging the financialization of housing, push the cost to buy or rent a home even further out of reach.”

“Our ‘dream of home ownership’ is static and regressive,” Evan Siddall, chief executive of CMHC, said in a speech last December. “We need to call out the glorification of homeownership for the regressive canard that it is.”

It was in 1972, after a report by the Royal Commission on Taxation – the Carter Commission – that taxes on capital gains were introduced in Canada. Before 1972, there were no taxes on capital gains, including gains on the sale of principal residences. At that time, to encourage home ownership, the government exempted principal residences from taxation.

In 1981, the rules were tightened to restrict each family unit to an exemption on just one principal residence, rather than providing an exemption to each adult in the family. The rules haven’t changed much since that time. The rules are generous, to be sure – and the rules have been abused. Some folks have purchased multiple properties for the purpose of flipping them for a profit, living in the homes briefly and then claiming the principal residence exemption to sell the properties tax-free. It was never the intent of the rules to exempt this type of investment.

So, in 2016 the government introduced the requirement for Canadians to report their home sales on their tax returns. This wasn’t a requirement previously, unless there was tax owing on a sale (perhaps because you owned more than one property). Clearly, the government sees tax leakage here.

If there’s one thing the current government has shown, it’s a propensity to tax those who have financial means – real or perceived. And there is, perhaps, no store of value greater than the homes of Canadians. Given the misuse or abuse of the principal residence exemption in the past and the current COVID-19 environment that has seen government deficits reach historic levels, I fully expect the current government to find ways to recover the funds that have been handed out to so many Canadians – many in need, some not so much. Taxes are going up.

And if you believe taxes are going up, it’s not a far stretch to imagine that this government is looking closely at the principal residences of Canadians and the value these represent. In a 2019 report, UBC researchers called homeowners “lottery winners” with an unfair tax advantage. Sure, it may be political suicide to tax our homes, but we’re talking about a government that seems more focused on leftist ideology than popularity among the wealthy. And if you’re a Canadian homeowner who has enjoyed meaningful growth in the value of your home, you may be seen by this government as wealthy enough to pay the piper.

There are several problems that can arise if there is a move to tax principal residences. I’ll just point out a couple of these. First, if you sell your home and have to pay tax on any gain, you’ll have a problem buying a new home given the cost of acquisition – unless you downsize or move to a less expensive area.

Further, many Canadians have come to rely on their homes as their financial security for retirement. When there isn’t enough money to set aside funds in a retirement savings or pension plan, there is often enough to make the mortgage payment. If you’ve been counting on the equity in your home to fund retirement and those tax rules change, the government will have dramatically changed your retirement picture.

More things to know about in-trust-for accounts for children
September 3, 2020 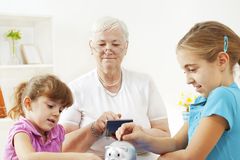 Things you should know about in-trust-for accounts
Subscriber content
August 20, 2020

CRA expects online services to be fully restored by Wednesday after cyberbreaches
August 17, 2020