Wednesday’s Speech from the Throne was chock-full of spending measures, which will no doubt add to the previously expected $343-billion deficit for the government’s 2020 fiscal year. Paying for these measures won’t be easy, and tax increases are sure to lead the way. The Throne Speech didn’t provide details on any specific tax changes but was clear that changes are coming. While the government has said that the wealthy will be a target for tax changes, the magnitude of the country’s debt suggests that every Canadian is going to have to pay the piper.

COVID-19 has been the catalyst for so much spending, of course, and should also be a catalyst for a review of tax planning you should consider – particularly with tax increases on the horizon. Let’s take a look at a few opportunities today.

Prescribed rate loans. It’s possible to save tax as a family by splitting income with your spouse. An easy way to do this is to lend money to your spouse to invest. The catch is that you’ll need to charge the prescribed rate of interest on that loan to avoid rules in our tax law that will otherwise attribute back to you any income earned on those funds. The good news? The prescribed rate dropped to just 1 per cent on July 1, and will remain at that level until at least Dec. 31. This rate can be locked in indefinitely on any loan to your spouse.

Estate freeze or re-freeze. An estate freeze is the concept of taking assets you own today and freezing them at today’s value in your hands. The future growth of those assets can accrue to your children, or others. This will “cap” the tax bill that you’ll pay personally on those assets and will pass the tax bill on future growth to someone else. Certain assets you own today may have declined in value (shares of a private business come to mind) and so it may be an optimal time to undertake a freeze, or re-freeze, of those assets. (A “re-freeze” involves lowering the frozen value when you’ve done a freeze in the past.)

Capital losses. It may be the case that you have assets that have declined in value during the pandemic. There may be an opportunity to realize those capital losses to offset capital gains this year, or in the three prior years (recovering taxes paid in the past). It’s also possible to transfer unrealized capital losses to your spouse if he or she can use those losses, which I’ve written about before. Finally, if you own a company with capital losses, it may be possible to transfer (without triggering tax today) appreciated assets to the corporation to realize capital gains inside the company and use up the losses.

Discretionary deductions. Some tax deductions are discretionary, meaning that you can choose to claim them or not, or defer them to a future year. Examples include registered retirement savings plan (RRSP) deductions, capital cost allowance (CCA), capital gains reserves (a deduction available if you’ve realized a gain but didn’t collect your full sale proceeds in 2020), and a few others. If your income is very low this year, it may make sense to defer deductions to next year, or later. Alternatively, you may want to claim these deductions now if this creates a loss in 2020 that can be carried back up to three years to recover taxes paid in the past.

Emigration. I’ve met very few people who have left Canada for tax reasons. Nevertheless, if you’ve been contemplating a departure, now may be the time. You see, Canada is one of very few countries that levies a “departure tax” by deeming you to have sold much of what you own when you leave (with some exceptions). This can trigger a tax bill on capital gains when you leave. Because of COVID-19, some assets may have declined in value, which would reduce the departure tax – and potentially allow you to avoid tax increases in Canada down the road. I hope you choose to stay – but I’d be remiss if I didn’t mention this. 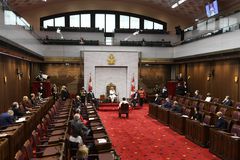