Several years ago, a video game notorious for violence and mature content may have saved a family in Texas. Folklore has it that three burglars broke into the family’s home, made their way through the house, and then heard a loud voice shouting, “We have you surrounded! This is the police!” The burglars turned around and took off. The voice they heard was actually a sound effect coming from the video game Grand Theft Auto, which was being played by the homeowner’s grandchildren. The burglars were apprehended and convicted shortly afterward.

Maybe some good can come out of online gaming after all. And if you were to speak to thousands of Canadians, some are earning big dollars online in various ways – including playing video games. The taxman recognizes this, and the Canada Revenue Agency (CRA) has been open about its approach to identifying these folks to make sure they’re paying their share of taxes.

CRA has identified four different “platform economies” that it’s focusing on. A platform economy includes various economic and social activities facilitated by use of the internet and mobile apps. These platforms connect buyers and consumers with sellers and service providers. By focusing on these areas, the taxman hopes to uncover unreported income and collect significant tax dollars. Here are those areas:

Sharing economy: The sharing economy is where folks use their personal assets, such as cars or homes, to generate revenue by sharing those assets with others in return for payment. Typically, the asset owner registers with a third-party platform, such as Airbnb, CanadaStays, Uber, or Lyft. The sharing economy usually involves sharing accommodation (homes, rooms and cottages), transportation (ridesharing, bike rentals, boats, and food deliveries), and other spaces (renting gardens, desks, workspaces and laboratories).

Gig economy: The gig economy is where people provide short-term services or work on a contract or freelance basis – as opposed to a permanent employment position. These folks are generally considered by the taxman to be self-employed. The work is often co-ordinated through a third-party online resource such as Clickworker, CrowdSource or Fiverr.

Peer-to-peer economy: The peer-to-peer economy is where people sell goods or services from one person directly to another. Think: Amazon, Kijiji, eBay or Etsy. Now, selling your old hockey equipment on Kijiji for a fraction of what you paid 10 years ago is not going to result in taxes owing. But some activity in this economy is profitable for sellers.

Social-media influencers: There are a growing number of people who are earning income through social-media platforms such as YouTube, Instagram, Twitch, Facebook or Twitter. Typically, the money earned comes from advertising revenue, subscriptions, product placement or product promotion. These folks have developed reputations for their expertise or knowledge about a topic – or even a video game. They can motivate their followers to buy products or services – and get paid for this.

If you’re participating in one or more of these “economies” and aren’t reporting your income earned, you need to be aware that the taxman is using sophisticated means to identify these types of people. There’s so much available information online about the things you might be up to – from renting your home through Airbnb, to selling items on eBay, to showing up on a list of registrants with any online platform. The CRA has proven that it can gain access to lists of registrants, supporters, hosts, sellers, etc., in many cases when it suspects tax evasion.

CRA will even go to the lengths of checking out specific people on social media. If you’re showing pictures of yourself on Instagram with a Mercedes Benz but reported very little income on your tax return, the taxman may ask questions, or look to audit you. The CRA is looking for large discrepancies between the income on your tax return and what your public life suggests. Ted Gallivan, assistant commissioner at the CRA, has publicly said as much.

The taxman is getting pretty good at gaining a sense of someone’s revenue based on their popularity on social media. If you’re a top-tier seller, power seller or power user, you can expect CRA to check out your tax return to see whether it looks realistic.

If you’re making money online, there are two areas of tax to think about. The first is income taxes. You’re supposed to be reporting your revenue from your activities. The good news? You’ll be able to claim all types of expenses incurred for the purpose of earning your income if you’re considered self-employed. But you also need to think about GST/HST. In many cases, you may have to register for, and collect, GST/HST on your sales. Speak to a tax adviser if you’re not sure of your obligations.

As deadline looms to file taxes, some filers say CRA should grant extension due to COVID-19 pandemic
Subscriber content
April 27, 2021 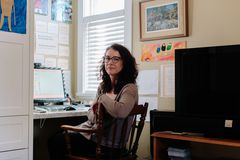 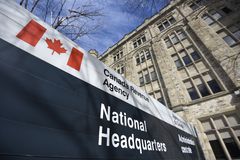 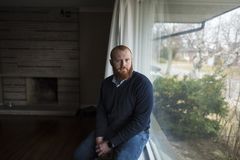