When Desmond came home after she was arrested in Nov. 1946, Wanda Robson was certain her older sister had made a mistake.

“I’m ashamed to say now that I was ashamed then. I’d always been taught that if you went to jail, you’d done something wrong,” said Robson, now 92.

“I did not stop to rationalize the importance of what she had done, and didn’t understand that she’d bravely stood up for her rights.”

Desmond was arrested after refusing to give up her seat in the whites-only section of a New Glasgow movie theatre. It was an act of defiance credited with helping spark Canada’s civil rights movement, and one that led to comparisons to American civil rights activist Rosa Parks.

Desmond’s fight against inequality – which continued well past that night – would later be recognized with several accolades, including the Bank of Canada’s decision to feature her on its new $10 bill. Desmond is the first Canadian woman and the first person of colour to ever grace the national currency.

It’s an ending that would have been difficult for Desmond to imagine when she first embarked on her sales trip through Nova Scotia.

There are stories to take in all around the museum. PHOTO: Thomas Fricke / CMHR

The trailblazing Black entrepreneur who ran a beauty salon that catered to Black women in Halifax was about 160 kilometres into her drive when her car’s engine began rumbling.

The repairs wouldn’t be done until the next day, a mechanic told her, so Desmond had time to kill. She walked over to the Roseland Theatre to watch a film, bought a ticket, and sat down in the downstairs seating area. Soon, an usher came and informed her that she should be in the balcony. Desmond went back to the cashier, asked to exchange her seat, and was told that “you people” weren’t allowed to sit downstairs.

Desmond offered to pay an extra 10 cents for a new ticket, but was denied. She returned to her seat near the screen, and soon the theatre manager and a police officer dragged her to the street.

For 12 hours, Desmond sat in a jail cell for her defiance in the face of discrimination.

Desmond’s story is one of many featured at the Canadian Museum for Human Rights in Winnipeg, with an exhibit that includes a pair of replica seats from the Roseland, inviting visitors to immerse themselves in the place where she once sat, and to experience history in an interactive way.

Angela Cassie, the museum’s senior vice-president of programs, exhibitions and public affairs, said it was essential to highlight Desmond’s story because it’s a vital one for all Canadians – and people around the world – to learn.

“Very often our story is that enslaved peoples from the U.S. fled and Canada was hospitable and welcoming through the Underground Railroad,” she said.

“That’s an important narrative to share, but I think Viola Desmond’s experience disrupts people’s conception of Canada, helping to understand that segregation did exist here,” she said.

Desmond didn’t live to see the full impact of her courageous gesture, or of the many steps she continued to take against discrimination. She took an unfair charge of tax evasion resulting from her ticket purchase all the way to the Supreme Court of Nova Scotia. She lost that appeal and eventually left Halifax. She died in New York City at the age of 50.

Her name remained a relatively obscure one for most of the seven decades since her arrest, said Graham Reynolds, the Viola Desmond chair in social justice at Cape Breton University.

“ I did not stop to rationalize the importance of what she had done, and didn’t understand that she’d bravely stood up for her rights. Wanda Robson, Viola Desmond’s younger sister

But thanks to Robson’s advocacy, her sister Viola – and the defence of human rights she stood for – has gained newfound prominence in recent years.

“I would say it’s a fair comparison to call her Canada’s Rosa Parks,” said Reynolds, who’s co-authored a book on Desmond’s life with Robson.

Robson’s efforts included writing a 2010 letter to the mayor of Halifax, which ultimately led to the Province of Nova Scotia issuing Desmond a posthumous pardon. Her name now graces a Halifax Transit ferry as well as two Ontario schools - and the $10 bill.

“Entrepreneur Viola Desmond had to fight, Nova Scotian segregation of black and white. Her struggle was long and hard – a slog, all uphill: But how her face beautifies our ten-dollar bill,” Parliamentary Poet Laureate George Elliott Clarke wrote, reciting the stanza on Parliament Hill on July 1, 2017, Canada’s 150th anniversary.

When the new banknote was launched in a ceremony at the museum in 2018, Robson was flown into Winnipeg, where two large recreations of the bill now stand next to the Desmond exhibit.

“The building itself is amazing – a work of pure art,” Robson said. 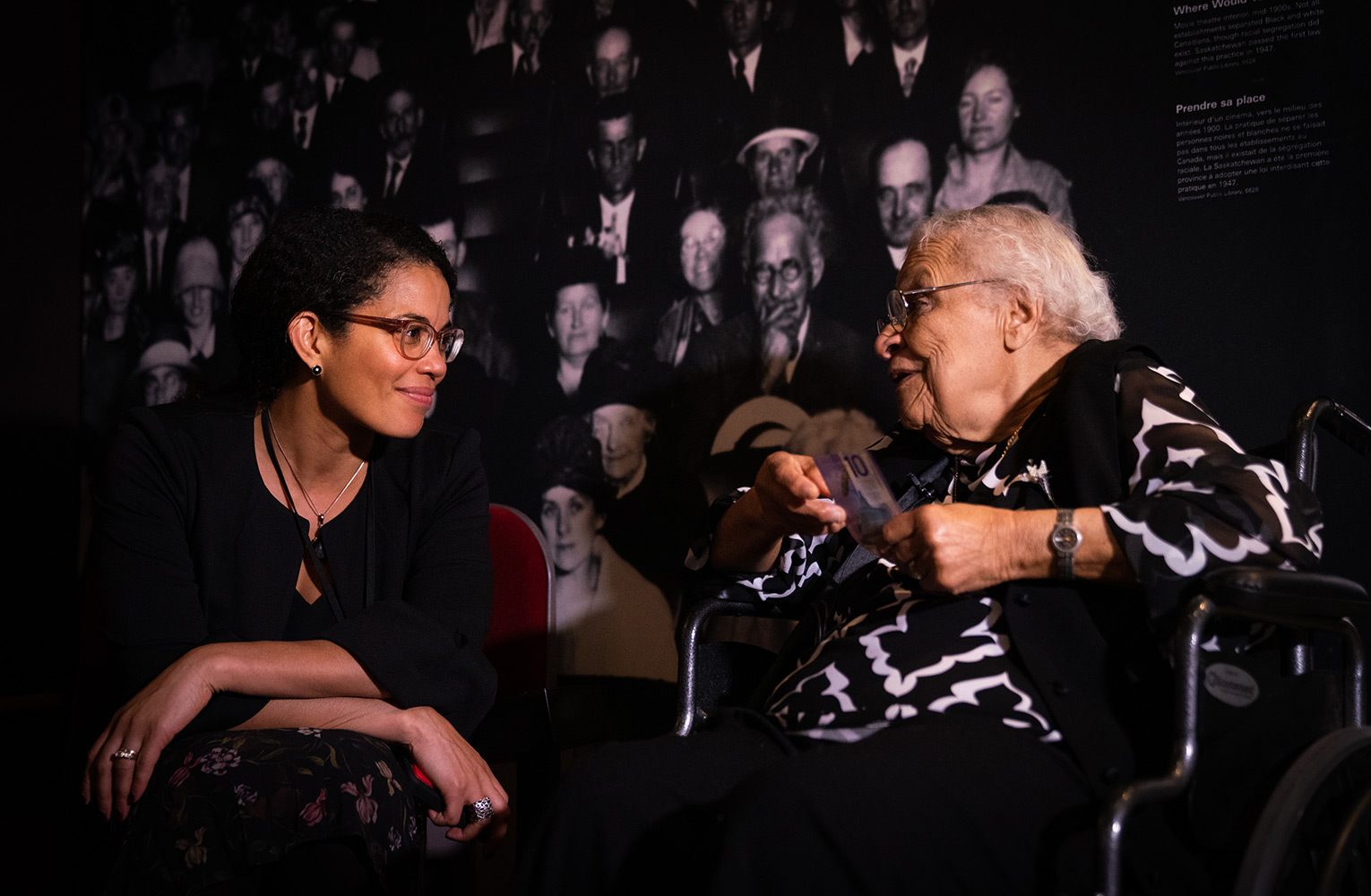 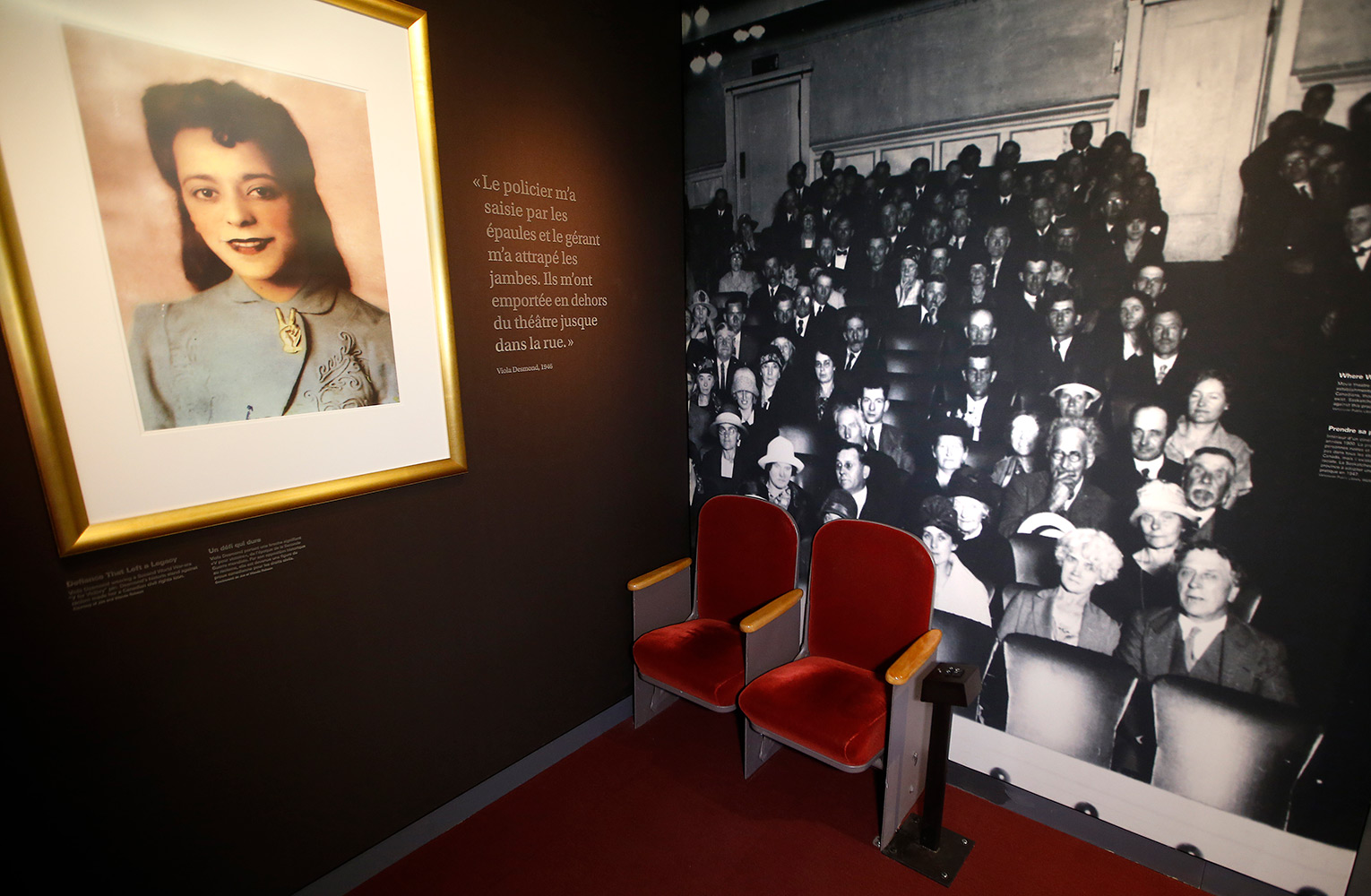 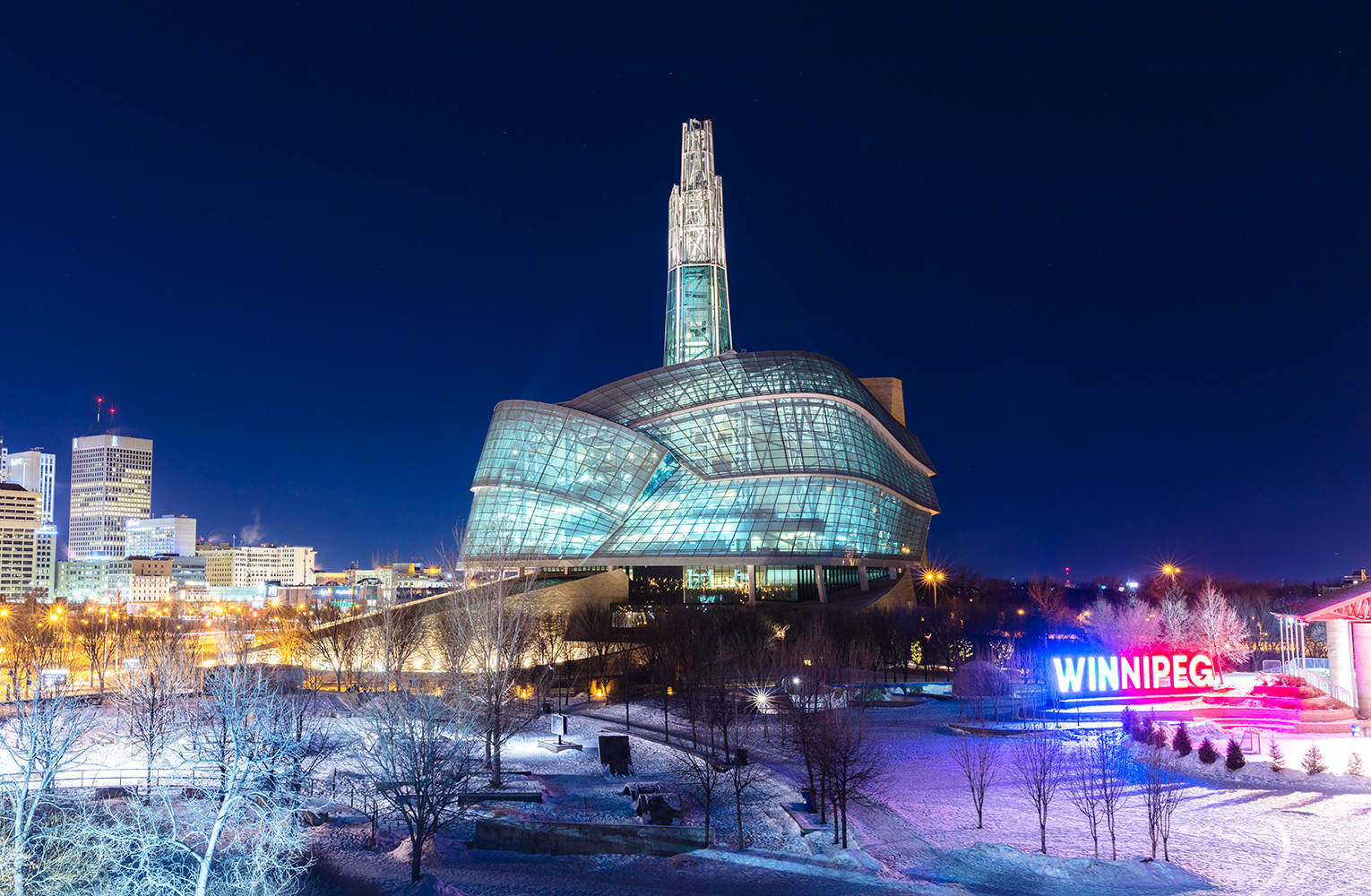 Light shines through the Canadian Museum for Human Rights’ breathtaking building in Winnipeg. Or if you need something shorter: The museum lights up the Winnipeg skyline. PHOTO: Aaron Cohen / CMHR

“I think all Canadians should be proud that our history is there, and I’m so happy I was invited to see it.”

Alexa Potashnik, 25, a Black activist in Winnipeg and a human rights graduate from the University of Winnipeg, was at the ceremony and got the chance to meet Robson and express her admiration for both her and Desmond.

“Wanda’s advocacy to get her sister’s name recognized and respected has been incredible,” Potashnik said.

“It’s revolutionary to say the least.”

Robson dedicates most of her time to sharing Desmond’s story with students and communities across the country, hoping to promote human rights to the next generation of Canadians.

“These children understand what happened in such a remarkable way,” said Robson.

It took her decades to understand the significance of Desmond’s bravery, but Robson hopes her sister’s story will live on, and credits the Canadian Museum for Human Rights’ commitment to education for helping to make that possible.

“It’s awe-inspiring to me to think that one simple act of defiance is still at work today,” she said.

“There is lots to be done, but there are so many people out there putting forward the message of equality between all people.”