There are few things more thrilling to me than walking through the stage door of the Sydney Opera House. I first did it 26 years ago when I was fresh-faced and wide-eyed and performing at the Sydney Festival as the latter half of Victor and Barry, a comedy double act I did with my college chum Forbes Masson. We had the distinction of being the palest men in town. The hole in the ozone layer had recently been discovered, and Australians were in the throes of a radical rethink about their relationship with the sun. People on the street, upon seeing us, would literally scream "skin cancer" as we passed by and reach into their pockets to find zinc lotion to smear on our vampire-like skin. It was like being in an episode of The Walking Dead – we were the zombies.

Every night we would stroll through the Botanic Gardens from our digs and suddenly there were the sails of the Opera House, bold and brilliant, before us. It was the first time I understood how a mere building could encapsulate essence. And each time I see it, including my most recent sojourn to the Sydney Writers' Festival last week, I actually gasp on my first sighting of it and have that same shiver of wonder as I walk up to the stage door. It's not just that it is a beautiful building, it's also how perfectly it connects to the spirit of the city. Standing on the edge of the harbour like a futuristic schooner, it shouts to the world that this is a place that confounds your expectation of what's possible. The best thing about Sydney, however, is the people: down-to-earth, confident, refreshing, who teach me something every time I go.

I was once asked to present an award at Tropfest, their annual short film festival. I watched the films on huge screens in the open air as the sun set, then, just as the award ceremony began, a massive thunderstorm struck and everyone ran for cover, leaving only a couple of hundred hopeful filmmakers and those that loved them circling the stage. The rain was deafening but the show had to go on. Waiting in the wings, I heard the announcement "And now please welcome Jamie Foxx!" and the stage manager shoved me forward.

"Go on!" she chided. Naturally, I resisted and turned back to her to remonstrate. I couldn't go on, I explained, as I was quite obviously not Jamie Foxx. "It doesn't matter," she retorted. "It's raining."

In an instant, I understood Australia. She was right. It was indeed raining, biblically, and even though I wasn't Jamie Foxx, at this point nobody cared. Perhaps they never would have. I was some other actor from overseas who was making a movie in town and what was important was getting these bloody awards handed out and getting dried off. It was very levelling.

In 2009, I performed my cabaret show, I Bought A Blue Car Today, at the Opera House and the band was made up of local musicians. I discovered over a drink in the green room bar that a couple of them hadn't been born when I first appeared there in 1989. Levelling was not quite the word to describe that revelation, but it was another example of how Sydney always manages to arrest me.

Talking of the green room, on my first visit, I remember eating my dinner in awe as I realized the older lady across from me was Dame Joan Sutherland. A couple of hours later she would be onstage, transcendent as Lucia di Lammermoor or Norma, but now here she was sitting having a cup of tea and knitting. I don't think you'd ever have seen Callas darning socks in the cantina of La Scala.

This trip, I attended the Sydney Writers' Festival and my appearance at the Opera House was a one-night-only in-conversation type of affair. An audience member asked what I liked best about the country.

I knew immediately – a piece of philosophy I learned on a trip back in the mid-nineties that has stuck with me and has even become, it could be argued, a personal mantra.

It happened in, of all places, an optometrist's. I had found a pair of frames that I still have to this day and wanted to get my prescription lenses put in them before I returned to the States. The lady I was dealing with was a true blue Aussie, replying to all my questions with a monosyllabic "Yis" or the diphthong heavy "No worries." I wasn't sure if this was due to ennui or sarcasm, or both, but when she did string a sentence together little did she know how illuminating and long-lasting its message would prove.

"So you'll be able to have the lenses put in by Friday? Because I leave for America that evening," I asked, not sure if she was grasping the urgency of my request.

"Shouldn't be a drama," she replied in her Aussie drawl.

And you know what I thought? It shouldn't! Nothing should. The hole in the ozone layer was a drama, and everyone was rightly worried, but guess what? It's getting smaller. And we all are getting older together. But if we try to not make it a drama, we'll have no worries, and though that Aussie axiom is difficult to achieve, it is a good and true state to strive for. 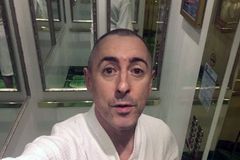 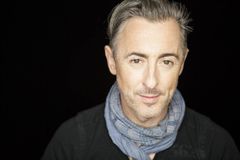