The details of an altercation between R&B star Chris Brown and R&B star Frank Ocean, reported by TMZ to have occurred in a parking lot outside a Los Angeles recording studio on Sunday night, do not matter. At all.

And not because gossip is trivial – the details don't matter to the story itself. The report is either: that Ocean told Brown to stay out of "my parking spot, my studio," at which point Brown moved to "shake Frank's hand," and "Frank's people" jumped him; melee ensued; or that Brown and two of "Brown's people" jumped Ocean; melee ensued.

Between 1:36 a.m. ET Monday, when Frank Ocean tweeted, "Cut my finger now I can't play w two hands at the grammys," and 12:01 p.m., when I was assigned this piece, the narrative among all correct-thinking people was already clear. Brown is a known hothead with a history of violence, including a 2009 assault unforgivable by anyone apparently except its victim, Rihanna. Ocean is a golden child who pulls off hot sexual ambiguity in a hip-hop culture that often seems homophobic, especially to people who, like me, know approximately nil about it.

Ergo, as my editor said in his e-mail, this minor scuffle becomes a fight between "good and evil, our progressive values versus Neanderthalism."

If only our progressive values extended to not reading trash about Chris Brown, which seems like a far more humane and right thing to do than hate him – but then, it's too late for you and me both. If only it were not so predictable that the more educated, talented, articulate, politically agreeable and critically beloved musician is also the better man, the hero of our story, and the police-reported "victim" of the situation.

If the details are disputed, only six guys will know what happened. The rest of us will stick to our side in what is rather more like a battle between good and bad taste, good and bad behaviour, believed "progressive values" and presumed mass ignorance.

Consider that at the time of Ocean's love letter to a man, which he posted just before the July, 2012, release of Channel Orange, Brown tweeted his support. Nobody I know retweeted it, so I learned about it only today, in a Daily Beast article headlined, "Chris Brown Reportedly Fights Frank Ocean, Is Still the Worst." All I remember – because it fits my narrative – is Brown saying, in June, 2011, that Ocean reminds him of "a young James Fauntleroy or Kevin Cossum (sic)," which is kind of a funny dis. Ocean replied that Brown reminds him of "a young Sisqo or Ike Turner," which is a dead-accurate and devastatingly clever burn.

Then consider that when I searched Frank Ocean and Chris Brown on Twitter, I found more anti-Brown than anti-Ocean tweets, but when I read about their "brawl" on Salon.com, I found only a compilation of homophobic #TeamBreezy pronouncements. Smug outrage-mongering always plays well to the expensive seats.

If there's a moral to this story, it's that monsters are always, in some important way, of our own myth-making. Frank Ocean is in many ways a (my) hero. Chris Brown may be as villainous as he appears. But will we ever know who threw the first punch, and does it matter? The sides have been picked for them by this distant crowd, one that needs the bad guys to be as least like us as possible.

Note to readers This story has been updated to reflect the following correction: Frank Ocean's album Channel Orange was released in 2012, not 2011. 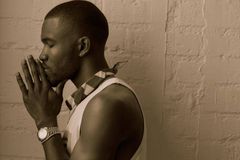 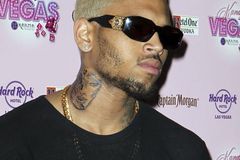 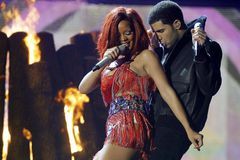 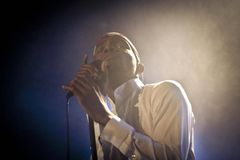