"Does this scare you?"

The therapist pointed a needle in the air like a pistol. I clawed my nails into my chair and tried not to hyperventilate.

People are often surprised by my phobia of blood and needles. Working as a community health promoter in a public health unit, I doled out clean needles to drug users and talked to clients about injection site rotation. In the three years I worked there, I probably had more daily interaction with syringes than the average person, sometimes taking in 500 used needles a day. But the truth is, at 31, having my blood drawn scares me.

So where did this phobia come from? When I was 9, I had a bad experience while in the hospital with scarlet fever. A nurse restrained me and abruptly poked a needle into my arm, inflicting a pain that felt worse than a bee sting.

I avoided having blood taken for the next 20 years, even if it meant risking my health. Lab requisitions landed in the recycling bin. The mere suggestion of a blood draw made me recoil like a vampire facing a crucifix. Whenever Canadian Blood Services ran a mobile blood-donor clinic in my office building, I would walk faster through the lobby.

Then one day, my 70-year-old grandmother was hit by a car while crossing the street and barely survived. When I got the call, I rushed from my university dorm to the hospital intensive care unit where family members had gathered. A nurse in green scrubs appeared. "She's alive, but needs a transfusion," she said.

Family members of all ages immediately volunteered to donate blood, ready to roll up their sleeves for Grandma. All except one – me. I stayed silent and flipped through a magazine. In that horrible moment, I realized how debilitating my fear was.

It took me several more years to do something about it. A few months before I turned 30, my doctor ordered blood tests at my annual physical exam. I panicked and confessed my fear. She put aside the lab requisition and gently suggested that I see a psychiatrist.

"Dr. M helped my other patient with the same fear," she assured me.

When Dr. M called to set up an appointment, I hesitated. Talking about personal problems to medically licensed strangers was taboo in my family. "A psychiatrist?" my mother had said. "They'll just put you on drugs. Can't you get over this yourself?"

I almost listened. But I scribbled down the directions to his office and entered the appointment in my calendar.

I had my doubts from the start. In his black leather throne, Dr. M looked more like a preacher than a physician. I envisioned him towering over the pulpit, clutching a prayer book and condemning sin. Except the Bible would be the DSM-IV.

"Phobias are pretty easy to treat," he said. "But only if the patient is willing to leave their comfort zone."

I wasn't convinced and remained hostile to help. But despite my skepticism, I was out of options.

We started with basic exposure therapy. I watched YouTube clips of blood draws for a least an hour every day. During therapy sessions, Dr. M encouraged me to watch as he rested the tip of the needle on my skin.

As I started to feel more at ease with needles, Dr. M suggested doing actual venipuncture – drawing blood. He rolled his chair next to mine and started wrapping a tourniquet around my bicep.

As he gently pressed the needle into my flesh, I felt woozy and overcome by an instinct to bail. Where were those drugs my mother had warned about? I closed my eyes and breathed deeply, assuring myself that I was safe. After a few minutes, I glanced at the needle. It wasn't so bad. I didn't pass out or throw up. After two sessions, my heart stopped racing every time a needle entered my vein.

Unfortunately, doing well in treatment means you've been bumped up to the next level. And the next step was to get a blood draw in a lab. I gave a million reasons why I couldn't go. Dr. M listened and nodded sympathetically, but he still challenged me to go before our next session.

I spent the weekend mulling and obsessing. My inner voice urged me to quit therapy and forget the whole ordeal. Living in fear sucked, but the known seemed safer and cozier. Then I thought about people who routinely get blood work or undergo painful medical treatments. If they could do it, why couldn't I?

An idea struck me – I would ask family and friends to sponsor me. In exchange for their donations, I promised to go for the blood draw by the end of the week.

My mouth was dry and stomach queasy when I staggered into the lab on Thursday. I put on my headphones, took a deep breath and braced myself for the needle. I felt a quick pinch.

The procedure lasted less than three minutes, but left me feeling exhilarated. I had confronted my fear and raised more than $200 for charity.

I still find it unpleasant getting blood drawn, but thanks to several months of therapy I'm less scared. I hate to admit it, but Dr. M was right – phobias can be treated. Sometimes, we have to walk toward what scares us. And this can lead to freedom in the end, if we're willing to take the journey. 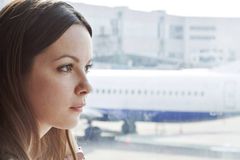 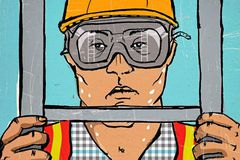