The singer who gave the world Big Yellow Taxi and Woodstock is ready for her closeup: Canadian music legend Joni Mitchell is the new face of Paris fashion house Saint Laurent. 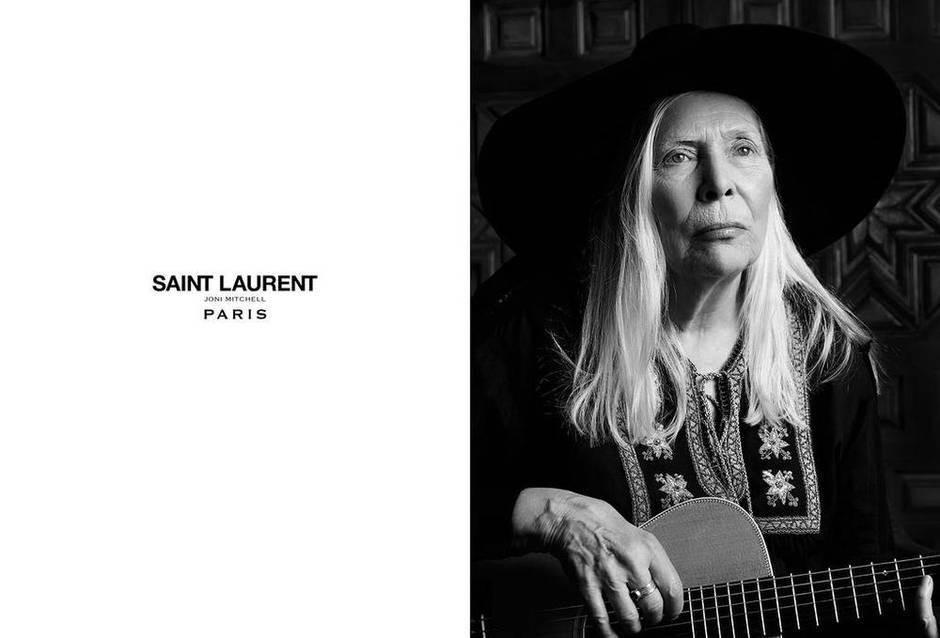 As reported by People magazine, the 71-year-old singer-songwriter is fronting Saint Laurent’s annual Music Project campaign, which has previously focused on such music-industry luminaries as Marianne Faithfull, Courtney Love and Marilyn Manson.

In the series of photographs, which were shot by Saint Laurent creative director Hedi Slimane, Mitchell is shown in graceful repose at her home in Bel Air, Calif. 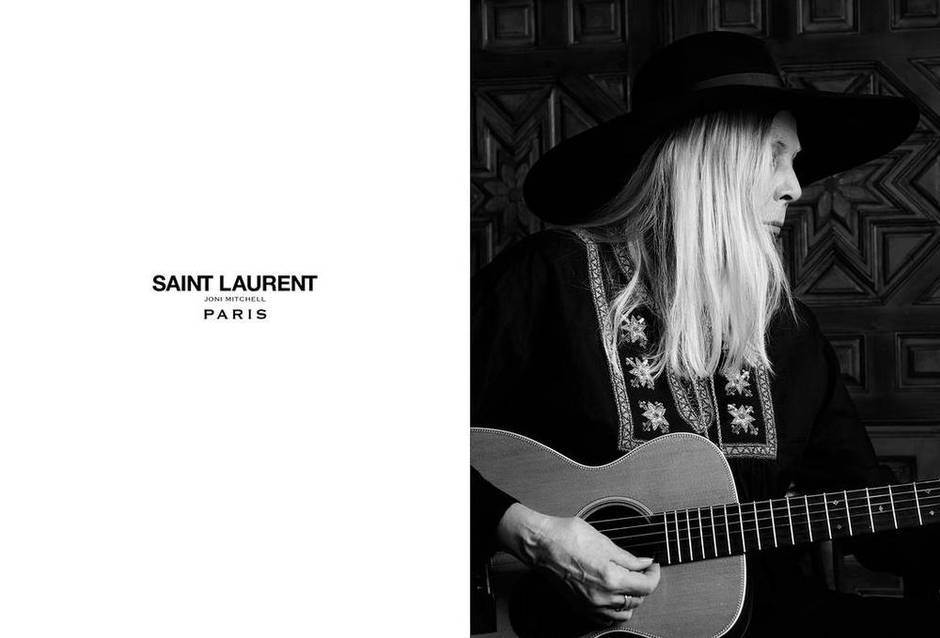 In one striking image, Mitchell strums her guitar while looking off-camera; in another, she plays the instrument with eyes closed, seemingly lost in the music.

Mitchell’s outfit in the photographs is in keeping with her sixties musical roots. Her embroidered tunic is from Saint Laurent’s Folk collection and the ensemble is topped off by a classic Yves Saint Laurent fedora and a leather cape. 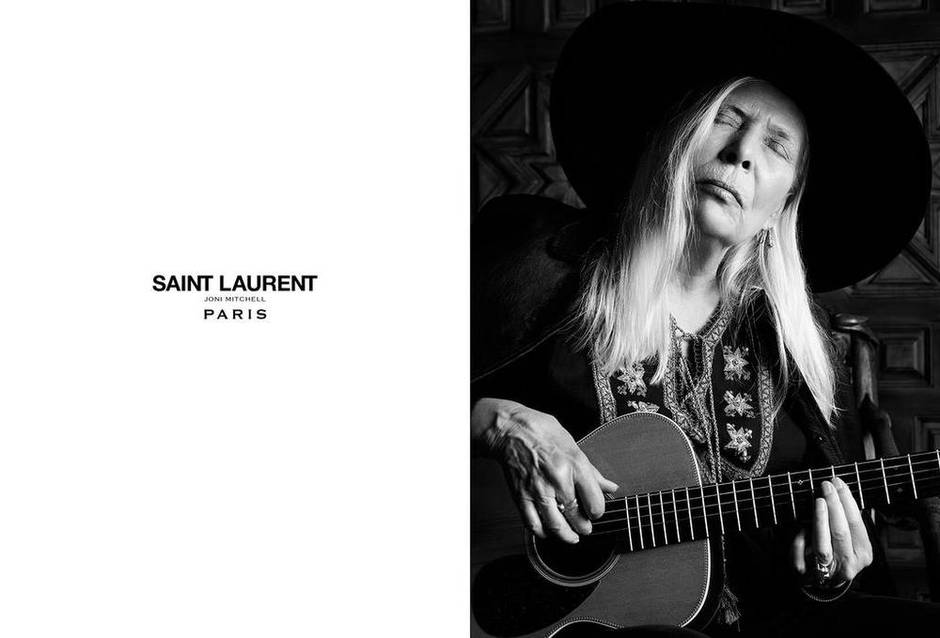 And Mitchell isn’t the only woman past retirement age being pressed into duty as a fashion model: Earlier this week, author Joan Didion, 80, was named the face of French fashion brand Celine’s 2015 spring campaign.