In honour of Remembrance Day, this week First Person looks at the heartache of war.

On Aug. 9, 1945, Warrant Officer Class II James Melvin Barker died at the age of 21 on the Cornish coast of England. He was my grandfather. The telegram from the RCAF Casualties Officer addressed to his father is brief, but not without pathos: “Deeply regret to advise that your son … was killed on active service overseas on August nineth [sic] result of flying operations stop please accept my profound sympathy stop letter follows.”

The impact of the war on my family was great. I grew up knowing nothing about the paternal side of the family. My grandmother never remarried. She worked in real estate and as a seamstress, and eventually opened an antique junk shop in the west end of Toronto, a store where I worked as a teenager.

My father later took over the shop. To this day, I think he resents the fact that she hid collectible carnival glass and cranberry glass under her bed while he grew up in straitened circumstances. For me, though, the antique shop was a treasure trove of histories I could make my own.

My parents' home also became populated with antiques. Who cares if the fine old clock on the mantle didn’t work? The Barkers had never been afraid of stopped watches, of trying to arrest time.

My mother was adopted. After her father died when she was 5, my grandmother lived alone in antique good humour for a half-century. We would visit her a few times a year, sitting at the same dining room table, eating the same sugar cubes from the same porcelain, on the same Queen Anne chairs.

These were two families where time had stopped, almost without men.

And, like myself, my father grew up conflicted about war. He spent solitary winter nights building model airplanes, including an extremely intricate Stuka bomber. He passed along countless books to me about Ack-Acks (anti-aircraft guns), Arse-End Charlies (bomber tail-gunners), and the terror of the De Haviland Mosquito’s starboard seat, where navigators like my grandfather sat. Most of all, my father was fascinated by the wooden contraption of that plane, its lightness, how it shouldn’t fly, and how quickly it burned.

Once, when I was 12 or 13, I sat down with my father in front of our old gramophone. We opened small boxes to look at my grandfather’s medals, ones that I would inherit when my father died. I understood little, even at a later age. Of the 75 letters my grandfather had sent to my grandmother during the war, my parents burned all but three. I wish they hadn’t. They snipped one last trailing thread of history, so gossamer and light, and very much in need of protection.

Reading these few letters this summer, I was cheered. They gave me confidence that I wish I had earlier in the year. In Egypt, where I live and teach, we knew little about the COVID-19 curve. In February through May, I was looking for consolation, and I belatedly found it. In an undated letter, my grandfather explains that he is “flying night and day every day this week.” The letter is domestic, calming. What was James Melvin Barker doing in the war? Thinking of his wife: “Please don’t worry or be lonesome because I don’t write. Remember, every night when I’m up there I’ll think of you, & if you think of me, then we’ll be together just the same.”

This was not the grandfather I imagined having. As a teenager, with only war novels and my own literary bent to go on, I imagined him under the guidance of W.B. Yeats’s poem, An Irish Airman Foresees his Death. It was a poem I memorized while in high school. To my embarrassment, I thought Jimmy Melvin Barker was Irish. He had bright red hair. And so I imagined him as Yeats’s outsider, struggling with his own identity over the island he defended: “Those that I fight I do not hate/Those that I guard I do not love.”

He probably felt the alienation any of us would feel. He was separated from a new spouse, hoping that military training would get him out of farm work and get him a job as a radio technician. That he could return to Manitoba and move off of the farm.

I don’t know how old he was when he wrote that letter, but he was 21 when he died. He projects a maturity in conflict that I’m not sure I showed in these last three months of social distancing. He writes “please” before “don’t worry.” It is kind, if strictly unnecessary. But that extra word is like a coat that you wear in winter, the one that hugs you.

It makes me want to look over my e-mails of the past months for evidence of similar small gifts of rhetorical gentleness. I fear that I’ll find clarity, precision about school policies, but not kindness. Not empathy.

Some phrases in his letters are too anodyne (gifts sent are “swell”) and others irksome. Translation across time is difficult, but the letters are as close as I’ll come – or my father ever came – to talking with James Melvin Barker.

James Melvin Barker’s plane went down months after the end of the European war, with its terrible casualties in bomber and fighter command. He died the same day as the bombing of Nagasaki.

RCAF Chaplain R. Moynan wrote in his condolence letter to my grandmother, “It seems incredible that such a terrible mishap should occur after all the dangerous missions he has accomplished, but such is the fate of war – and the terrible price of peace.”

If this present reminiscence were a schoolboy’s letter to his grandfather, it might end with a plea: I hope that we never have another war like that one. I might add an adult proviso: let us have vigilance, but never war.

Seventy five years after those events, I feel lucky to be able to view his virtual memorial online, to see my parents' pictures of Brookwood cemetery, where he is buried, and to read his letters. I am lucky and happy to spend some time with him. But he reminds me that all of us today have a duty to consider the terrible price paid for peace.

A graveyard walk counts for a fun family activity these days, right?
November 5, 2020 COVID-19 cut me off from live performing arts, and I feel the loss deeply
November 4, 2020 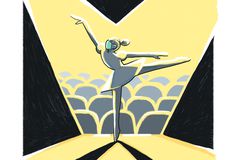 From Africa to India to New Zealand: the world was our kids' classroom
November 3, 2020 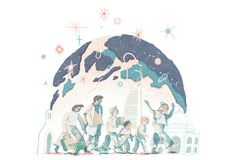