For the past few years when my family gathers for Passover we take a moment during the ceremonial meal to read an excerpt from my grandmother’s memoirs, And Peace Never Came, by Elisabeth Raab. Her book recounts the story of her own exodus and journey to freedom after surviving the Holocaust, and being imprisoned in a labour camp.

This year will be different, of course. For all of us, life’s events have been postponed or rescheduled to a virtual experience, and we yearn for a time of coming together and sharing in love and loss in person.

It takes me by surprise that Passover is here again. I am startled by these markers that accentuate the passing of time and yet also am receptive to their ability to punctuate the days, weeks and months of the past year that have bled into one another, creating a disturbing illusion of no beginning, middle or end. What will we make of these years 2020 and now 2021?

Until just recently my backyard had been covered in a soothing white carpet. The beauty and stillness of the white, untouched blanket of snow calmed me.

Over the past year, those small moments of beauty have been soulful medication. That is what my grandmother always taught me.

But to her, beauty was not an escape from the entrapments of reality and not some superfluous pleasure. She had the courage to find beauty in the world while accepting that hardship and pain were real.

She was born into a Hungarian Jewish family and in 1944 she was deported to Auschwitz. Her daughter, her mother, her father, were all murdered there. The sheer fact of being a young adult and in good health deemed her to be acceptable enough for forced labour – while everyone else was sent to the left. But her survival did not depend entirely on her physical stamina, but also an inner voice that commanded self-respect and the belief that maybe not the entire world had gone crazy. That somewhere beauty still existed.

A few months later, after being transferred to a labour camp in Germany, my grandmother and hundreds of women, starving, would lie on stiff wooden bunks in the barracks at night and whisper to each other recipes, meals they made with their mothers, their children, their aunts, their grandmothers. Meals once shared around a large table with families and friends.

My grandmother listened and drew recipes out of more women. And then one day she found a piece of graphite and old papers in a trash bin – scrap papers that had recorded the wages of her SS captors – and began writing down all of the women’s recipes that she had heard.

With the assistance of a friend they stole oil-soaked rags and string to form the loose papers into a recipe book with a cover and binding. And during the day, when they were forced to make grenades for the German army, her friend carved shards of metal in the images of a pot and ladle to sew onto the front of their book that was no bigger than the size of a hand.

Creating a recipe book in the face of imminent death might seem like a futile exercise, but is it not humanity’s ability to use images and words in order to survive by saying, “I was here”? From the shapes of ancient outlined hands painted in the Argentinian Cueva de las Manos, 13,000 years ago, we humans stand up to the ravages of time by stating that art will outlive us. In my grandmother’s case, she had the strength to show that not all of life’s art, beauty and pleasure can be destroyed.

This treasured artifact stayed with my grandmother until she passed away in 2016. She carried it with her while on a death march, heading toward Bergen-Belsen. She held onto it through four years of sojourning through postwar Europe, trying to rebuild her life upon a shattered foundation. It travelled with her to the exotic country of Ecuador, a new and welcoming home. It moved from Ecuador to Australia, when she did and, finally, to Canada, where my grandmother began to grow roots and build a sturdy foundation for our family. Although she wrote about the recipe book in her memoir, she never spoke about the recipe book in person and hardly said a word about her experiences during the Holocaust, leaving the totality of those memories on the pages of her memoir. But we were always privy to her ideals, her vision that drops of beauty were everywhere.

It was only after she died that I saw the recipe book for the first time. Carefully lifting it out of its shoebox home was like an archeologist finding that final rewarding piece of treasure. It was smaller than I imagined, almost no bigger than the palm of my hand, and very delicate, yet in remarkably good condition. The metal pot and ladle still had a shine, the string which bound the book together was completely intact and the writing inside was still legible. Some of the recipes were recognized immediately by our family as the meals she would so carefully and elegantly prepare for us all our lives. We now realize that our cherished memories of family meals included the memories of so many women who did not survive the war. Our tastebuds were galvanized by the power of this small recipe book.

Over the past year, all our dinner tables have grown smaller. We are isolated and experiencing the passing of time in lonelier spaces. But one pleasure I have found during the past year is that I cook more. I embrace new recipes, mildly succeeding at the more daring ones, but finding beauty in a meal and the preparation of it. I am reminded of the meals with family and friends, so cherished, that one day will return. I am looking forward to the Passover meals of the future, my family exulting in being together once again.

My grandmother would often look out her window onto her backyard and immerse her emotions in the passing of the seasons. They come and go, year after year, some better than others. Soon spring will fully sprout, humid summer nights will arrive, days will continue to grow longer; and then, days will eventually grow shorter and then it will happen all over again. So as I reflect upon the difficulties of the past year and the upcoming one, I try to remember that beauty still lingers out there in the world and within.

The importance of apple fritters
March 11, 2021 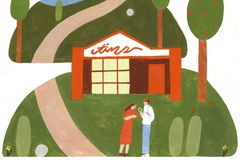 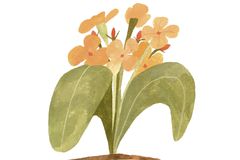 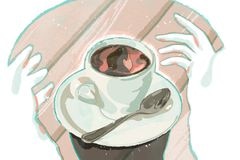