Recently, however, I had a transcendent grape experience. I was attending a workshop at Toronto’s Bevlab food studio. The class was a mix of demonstration and hands-on culinary experiments, featuring the kind of molecular techniques popularized by chefs such as Ferran Adria. As an intermezzo, Irwin Adam Eydelnant, Bevlab’s owner and the workshop’s conductor, brought out a bowl of red, seedless grapes.

They looked odd – pumped-up, as if they’d been doing sit-ups. Weirder still, they made noise. As Eydelnant placed them on the communal table, they hissed, like pop cans that have only been half cracked. Eydelnant had carbonated them with an iSi Whip, a canister that uses pressurized gas to make things frothy or fizzy or foamy. 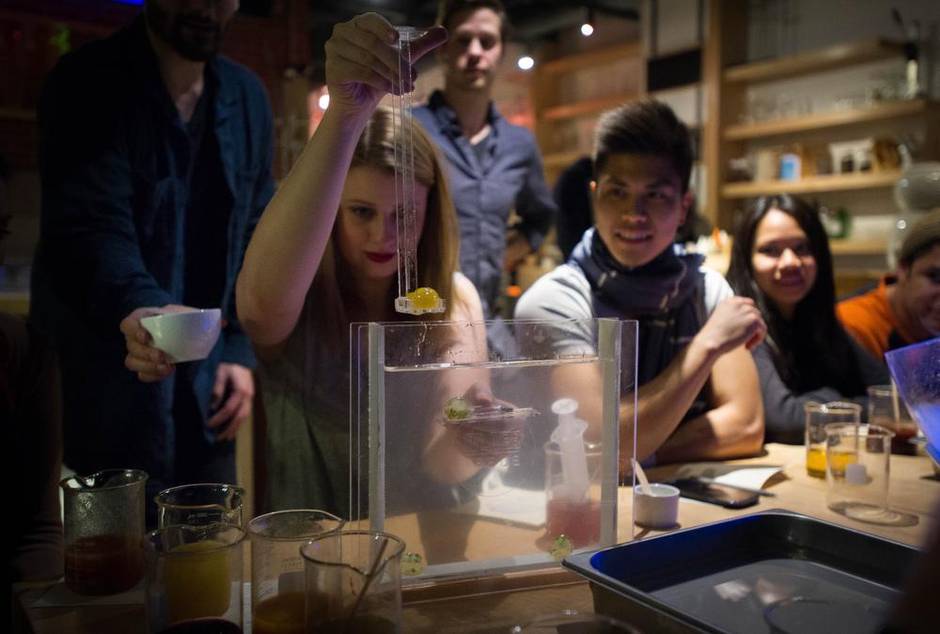 Participants in a Bevlab workshop. (Photos by Kevin van Paassen for The Globe and Mail)

Each grape danced on my tongue like a handful of pop rocks. They tasted fresh and bright, and just a little bit bitter from the carbon dioxide (which nicely offset the saccharide). I would have eaten the bowl’s worth if I didn’t have to share with the dozen other people in the class.

Eydelnant has a PhD in biomedical engineering from the University of Toronto. He’s part of a new group of flavour architects who blend science, design and technology to intensify taste.

Both by upending the everyday – making generic grapes great, say – and with out-and-out invention. One of Eydelnant’s most notable innovations, for instance, is a dreamy, drinkable cloud. For people daring enough to eat the results, there are some Frankensteins (as it turns out, sriracha and aloe is a ghastly combination), but also a few real works of art, singular flavour experiences that are as delicious as they are surreal.

One of Eydelnant’s peers is Emilie Baltz, a cookbook author and the founder of the Food Design Studio at Pratt Institute in New York. She is looking at ways to redesign the dining experience by playing with the slate of sensations – smells, sights, sounds – that ultimately influence how things taste. Her work ranges from the fully immersive and wildly experimental – hosting a dinner party 25-metres underground in a dark, decommissioned nuclear reactor – to smaller, more specific tweaks. 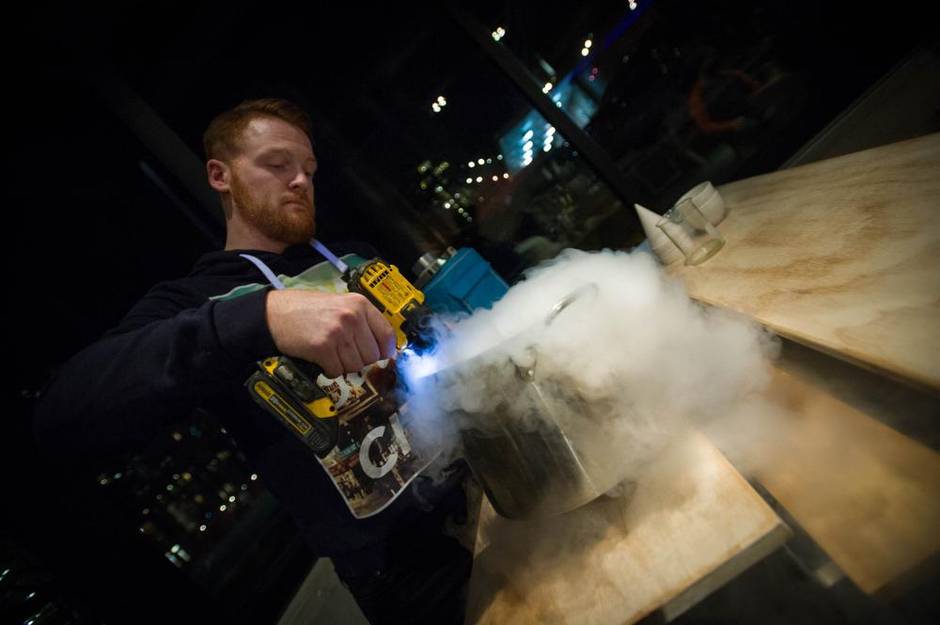 “Taste is a perception,” Baltz says, so it’s possible to change the flavour by changing how we perceive our food. For example, if food colouring is used to tint an egg yolk “deep blue, the colour has associations with mould,” she says, “and people will often report that it tastes bad.”

Baltz points to experiments by Oxford University’s Crossmodal Research Laboratory. Working with London-based flavour architects Bompas & Parr, the lab has developed a musical organ that enhances the flavours in a taste of Johnnie Walker Blue Label. (The public will be able to test the efficacy of this later this year when the musical instrument makes an appearance at a whisky tasting in Toronto.)

Watson works by cross-referencing the equivalent of 1,000,000 cookbooks a second to conjure a near-infinite number of flavour combinations. It first proposes a recipe, then evaluates it in three ways: How surprising it will be to the taster (cross-referencing the taster’s culture), how pleasant it will be (based on hedonic psychophysics, a field of research looking at which molecular combinations humans find most satisfying) and its chemical compounds (ingredients that share a common chemistry pair well, even if the match seems counterintuitive, such as white chocolate and caviar). 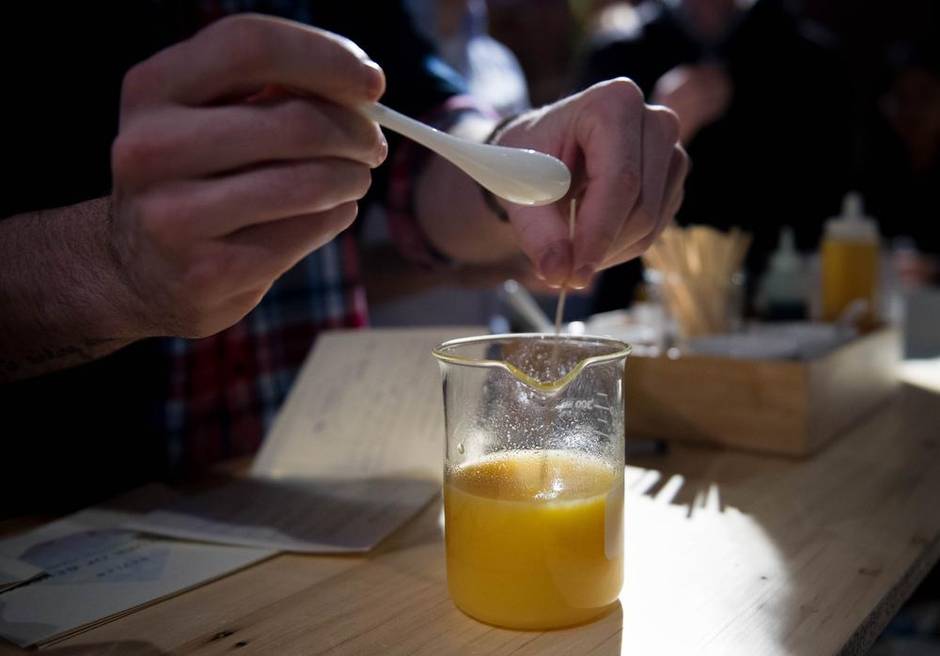 For Canadian consumers, Watson’s recently reimagined poutine, with riffs for both Toronto and Montreal, takes into account subtleties such as which types of ethnic cuisine are most prevalent and popular in each city. Five different poutines were unveiled at public events in early February, and tasters will have the chance to vote for a favourite through March. IBM’s senior software engineer, Florian Pinel, a leader on the Watson recipe project, already knows which one he prefers: The ultra-savoury, rich and spicy Sri Lankan-Jamaican poutine, made with the Toronto diner in mind. It is composed of russet-potato fries topped with beef curry, sorrel milk curd and jerked whitebait fish.

“I’d never seen anything like it before,” Pinel said of the recipe. And although he acknowledges that poutine traditionalists – those for whom anything but gravy, cheese curds and fries is an abomination – might not recognize the core flavours, he also says that it’s important to keep an open mind about what constitutes a poutine: “You can already find poutine variations out there, like foie gras poutine and lobster poutine. This just has extra things on it.”

Of course, pulling on a knowledge base as deep as Baltz or as vast as Watson is invaluable when executing a food experiment successfully. Not even sophisticated technology or tools can trump the need to tinker and fine-tune an idea until it’s perfect. Watson doesn’t even get it right the first time – its poutine ideas were all meticulously tested by top chefs at New York’s Institute of Culinary Education. The value of practice (and the disastrousness of cluelessness) was underscored at the Bevlab workshop, when I had the chance to play around with my own ideas about flavour. 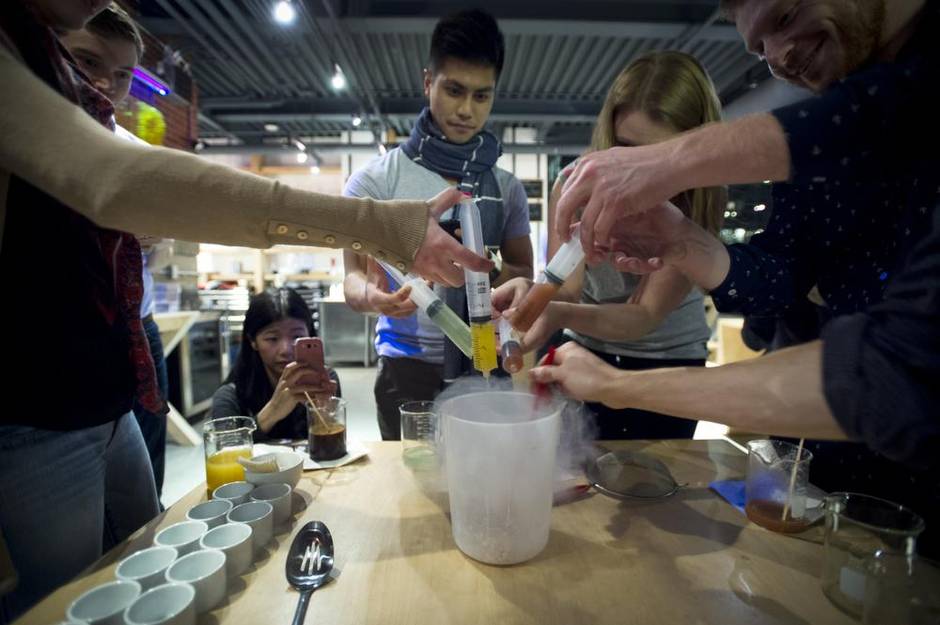 More so than running demonstrations, the major focus of Eydelnant’s business is consulting with restaurants (such as Toronto’s popular Thai restaurant Nana) and food companies (giants such as Pepsi) to create and develop new recipes and products. He spends hours tinkering in his Toronto space with his team refining his ideas, and the demonstrations are an opportunity for him to crowdsource ideas and see what people would make for themselves given the space and supplies to play.

“Everything is an experiment. Nothing is a failure,” he said, as we were each given beakers and juices to play with, plus flavourings (things such as cinnamon, sriracha and liquid smoke), spices (cinnamon, hot chili flakes) and sweeteners (maple syrup), as well as notebooks to record our combinations.

The whole thing started out innocently enough; however, it soon became apparent – as I played with mixing mint extract and honey into my aloe-based juice – that I clearly do not possess Watson’s ability to predict pleasant, chemically predetermined pairings.

A single drop of sriracha did my drink in. Some liquid smoke in someone else’s guava juice was revolting (not everything is better with bacon flavouring). I put my beaker down and gave up quickly, as did several others. 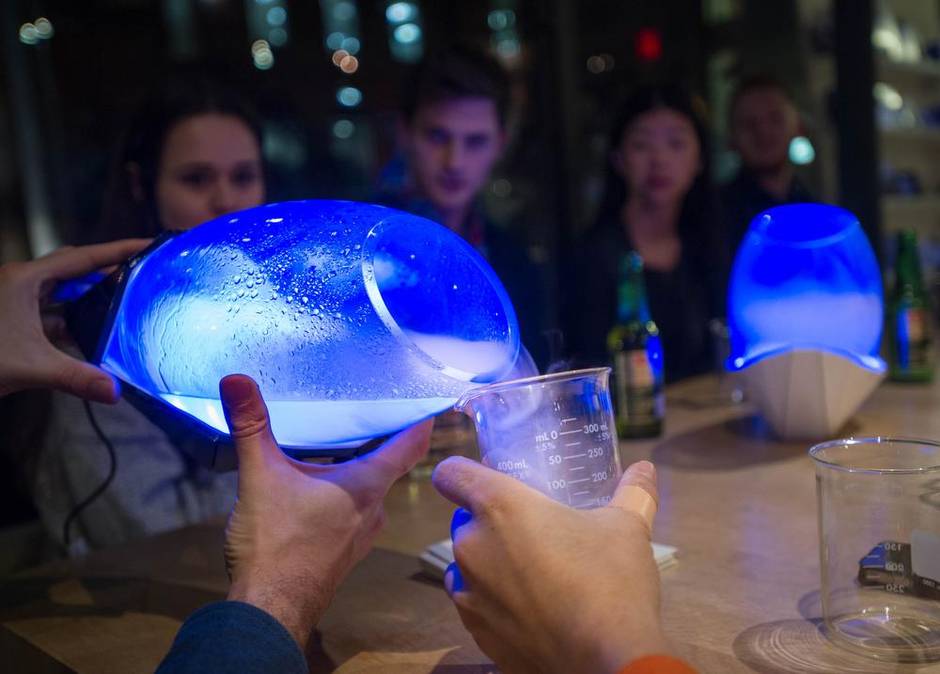 Instead, I became immediately fixated on one of Eydelnant’s own well-crafted creations – his drinkable cloud. It’s made of flavoured water vapours generated using something called a piezo element and ultrasonic frequencies. Essentially a foggy mist, the cloud can be poured and drunk like a regular fluid, and packs a similarly strong punch of flavour.

Eydelnant tilted some into a glass. It was citrus-infused and lively – like an effervescent burst of lime. It also looked amazing – lofty and just the right kind of strange. It was particularly elegant especially when compared with my own mucky, mess-filled beaker. Technology and techniques can revolutionize flavour, I found, but you still have to know what tastes good.