A friend who's a collector told me a lot of wineries add acid. I've never seen "acid" listed on a wine label. Is it true or was he blowing his usual hot air?

Your friend is correct, though it sounds as though he caused you to worry unduly. We're not talking battery acid or LSD.

The practice is designed to adjust wine's flavour balance. If the fruit comes in too ripe and sweet, which frequently happens in very sunny regions such as Australia's Barossa Valley, it can produce a flabby beverage with insufficient freshness and zip. Just as a chef might liven up a tomato sauce with a squirt of citrus, so it goes with wine.

Acidification can be performed before or after fermentation and usually involves tartaric acid, a crystalline form derived mainly from grapes (though it's present in bananas and other plant products). The practice is slightly controversial, but mainly only an issue with wine geeks who swear they can actually taste the foreign acid. Know-it-alls who make such hot-air claims at dinner parties do so, of course, knowing they will never be called upon to provide hard evidence. Fact is, the added acid is chemically identical to, and just as natural as, the acid already in the wine.

Of course, there might be legitimate grounds for alleging that a wine has been acid-corrected. A winemaker might, for example, mistakenly add so much tartaric acid that the wine ends up tasting uncharacteristically tart for its general style. For example: a Barossa shiraz that comes across with the racy verve of a Loire Valley sauvignon blanc. In short, each wine style has a general flavour arc; if the flavour's out of whack, you might have the right to raise the red flag.

Acidification is illegal in certain jurisdictions, but not for health or other serious reasons. It's a matter of local wine-making norms – the rules of the craft. Generally speaking, the practice is more common and accepted in sunny climates of the New World, from southern Australia to the Okanagan Valley, less so in cooler, cloudier northern Europe, including France, where acid levels tend to be high anyway.

Although many northern European producers scoff at acidification as some sort of illegitimate trick, many of them engage in a practice that one could argue is more objectionable. They'll add sugar – cane sugar, not even grape sugar – to the must prior to fermentation to make up for a shortfall in fruit ripeness. This not only balances the runaway acidity of unripe grapes but also generates higher alcohol and, thus, more body in the final wine. No, they don't have to list "sugar" as an additive.

It's as though every wine region has developed its own (legalized) system for cheating nature.

The Flavour Principle by Lucy Waverman and Beppi Crosariol was recently named one of this season's Top 10 cookbooks in the United States by Publishers Weekly. Published by HarperCollins.

Does the alcohol content of wine drop after it’s opened and stored in the fridge?
July 9, 2014 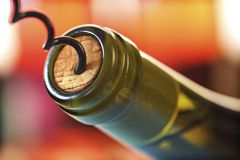 We were given a bottle of the Brazilian spirit cachaca. Is there a way to make it taste good?
July 2, 2014 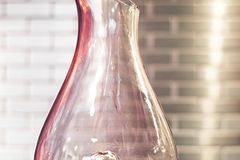