When it comes to wine, the nose trumps the tongue almost every time. It's one of the first lessons taught in wine schools. That protrusion below our eyes is capable of detecting thousands of scents, yet the tongue interprets just five basic sensations: sweet, sour, salty, bitter and the vaguely meaty essence called umami. The sensory organs work in tandem, of course. We taste with both organs as we sip, taking in aromatic air as well as wine. But in rough scientific terms, when we "taste" such things as thyme, citrus or pepper, it's mainly the nose talking to the mouth. Here's the proof: If your nostrils are stuffed up from a cold, you don't taste an awful lot, which is why kids sometimes plug their noses while eating broccoli.

But the nose can also deceive. This happens when we smell something that we associate with past tasting experiences. Sensory scientists have shown that the scent of vanilla or the lactones in milk, for example, can trick the mind into believing an item is sweeter or creamier than it is. Add a few drops of vanilla extract to a cake and – presto – it magically tastes richer.

I thought of this mind-bending phenomenon while sampling Gaspereau Muscat 2011, a slightly coppery-tinged white from Nova Scotia released this past week in Ontario (it also available in its home province). The wine is made from New York muscat, a hardy and popular East Coast variety that shares a spectrum of flavours associated with the family of grapes generally known as muscat or moscato. In other words, it's highly floral and perfumed and comes across with an uncanny taste of sweet, white table grape.

Sniff the wine and you might at first blush think "dessert time." But it's dry, a quality enhanced by the grape's mouth-puckering acidity. I think it's a fine way to lead off a quick tour of new Canadian white-wine releases from three provinces.

Winemaker Gina Haverstock shows a deft hand with the aromatic hybrid varieties that make up most of the production at Gasperau Vineyards. Nova Scotia's winters are tough on vines, but the nearby Bay of Fundy, with its famous tides, radiates moderating heat in summer. The nose on this wine is highly expressive, suggesting white table grape and flowers, while the palate is surprisingly luscious and almost Alsatian, resolving with vibrant acidity and a hint of grape-seed bitterness for added verve. Great for light curries. $19.99 in N.S.

Veteran gold-mining executive Gerry McConnell tapped the earth for a different sort of treasure when he started Benjamin Bridge more than a decade ago with his late wife Dara Gordon. The focus is on Champagne-style sparkling wines, which are cellared in contact with spent yeast cells for years to develop complexity. Expensive, you bet. But McConnell's world-class team does not make wine in half measures, and this is sourced from vines that yield preciously little fruit per acre. Bone-dry, with accents of apple, pear and grapefruit, it's supported by a yeasty bread quality and soupçon of lemon with honey (think hot toddy, only colder and spritzy). I love the chalky texture and fine, elegant effervescence. You sense the bubbles on your tongue, not in your nostrils. It's available through www.benjaminbridge.com.

Full-bodied and poised, this subtly complex white nods in the direction of fine Meursault, with rich tropical and stone fruit caressed by well-integrated, subtly toasty oak. It's substantial yet fresh, another standout from a top Okanagan estate. Match it with fleshy-fish dishes or roast chicken. Get it through www.paintedrock.ca.

This is made under the auspices of Stratus Vineyards, where Charles Baker, director of marketing and sales, branched out years ago with his own project devoted to his passion, riesling. The 2010 may be his best yet, off-dry but perfectly balanced with zippy acidity, showing apricot, floral accents and that character that riesling zealots brake for, petrol – as in the subtle waft of an auto garage. Try it with smoked fish or roast pork.

Previously known as Soaring Eagle, Bench 1775, now under new owners, takes its name from its address on a road that runs through the Naramata Bench district just north of Penticton. This white, with its temptingly summery name, falls into the trendy category of aromatic, off-dry blends based on multiple mystery grapes. My first impression was of pear-like pinot gris crossed with grassy sauvignon blanc, with added notes of apple and lemon. Turns out those varieties are indeed holding court here along with chardonnay and pinot blanc. Mystery solved. Excellent balance for an off-dry wine, with acidity tying a tight bow around the subtle sweetness. Very nice on its own. Find it through www.bench1775.com.

A Rhône-inspired blend of roussanne, viognier and marsanne, this intriguingly named, bone-dry white is, in the words of my favourite Outkast song, "so fresh and so clean." Stone fruit and nectarine harmonize with a subtle note of ginger, like André 3000 and Big Boi. Perfect for roast chicken. It's available through www.mooncurser.com.

With a name like Patio, it certainly telegraphs summer. And there's a subtitle: Vidal Spritz, not as in Sassoon hairspray but as in vidal the aromatic hybrid grape, which is lifted by moderate, crackling effervescence. Off-dry, this white from Rockaway Glen winery doles out peach dusted with herbs. Not entirely my cup of (iced) tea, to be honest, but it might please the sweet-moscato-loving masses. And at just 9-per-cent alcohol, it's less likely to fry the nerves in the heat. Check it out through www.patio9.ca. 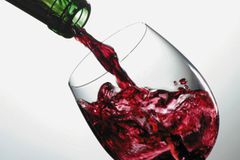 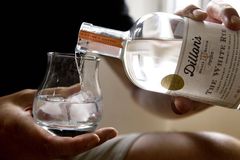 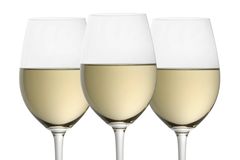