The question: One of my friends says she can do a video chat with her doctor using a cellphone. I wish my doctor offered this convenient alternative to an office appointment. Why isn’t this option more widely available?

The answer: A recent opinion poll found that the majority of Canadians are just like you. They want greater access to digital health services, such as “virtual” visits in which patients can see their doctors online through mobile devices or personal computers.

Until now, numerous technical and bureaucratic barriers have stood in the way of these innovations.

But increasingly the medical profession is recognizing that patients want change – and a pilot project involving your friend may point the way to the future.

The pilot project is run by the Ontario Telemedicine Network (OTN), a not-for-profit organization funded by the provincial government.

OTN is best known for creating a two-way video-conferencing network that enables Ontario patients who live in remote locations to have virtual doctor appointments in their own communities. The patient simply goes to a telemedicine studio – usually in a nearby hospital or medical clinic – and connects with a doctor who may be hundreds of kilometres away.

However, in the pilot project – called OTN Invite – the studio has been replaced with the patient’s own mobile device or personal computer. That means a patient doesn’t have to leave home to see a doctor. What’s more, it’s not just meant for patients in remote areas.

So far, about 600 doctors across Ontario have joined the project and are now offering virtual visits to selected patients.

“It’s not for everything,” says Ed Brown, the chief executive officer of OTN. Some patients, he notes, still need to be physically examined by a clinician. But for certain types of appointments – in which a hands-on approach isn’t necessary – it can be a welcome alternative to an office visit.

“In the past, I felt guilty bringing patients to my office when I knew it was for quick follow-up appointments,” she explains. “Some of them had taken time off work and paid for parking. I would often spend more time with them than was really needed because I felt I owed it to them.”

But with virtual appointments, Halperin spends just the amount of time that’s necessary.

“It improves efficiency which is another way of saying it improves access to care because I am able to see more patients,” she says.

“I actually did a virtual visit with a patient who was on vacation in Florida. It really is bringing care to where people are at.”

Patients certainly seem to like the convenience. “It saves me about two hours in travel and waiting time – and I don’t have to arrange child-care for my two young kids,” says Taryn O’Donohue, one of Halperin’s patients who has Type 1 diabetes.

At a recent virtual appointment, Halperin reviewed data that had been downloaded from O’Donohue’s insulin pump. “I didn’t need to be within three feet of my doctor to have a conversation with her and to know that I am on track health-wise,” O’Donohue says.

The process for arranging a virtual appointment is fairly straightforward. Doctors, who are participating in the pilot project, go to a secure OTN network hub to book a time. The patient is then sent a confirmation notice. And, at the prearranged time, the patient clicks on a privacy-protected link to the doctor’s office and the video chat can begin.

Even so, obstacles remain. Some patients, for instance, lack the basic prerequisite for an online chat – a high-speed internet connection, Brown says.

Other provinces are also exploring various forms of online health care and telemedicine. A key consideration is how much physicians should be paid for providing these services. For OTN Invite, doctors use the same billing codes that they do for in-person appointments.

“We support virtual care, but we want it to be expanded in an appropriate manner,” says Sohail Gandhi, president of the Ontario Medical Association. He is particularly concerned that a patient might see a different health-care provider with every virtual visit. If that happens, “continuity of care” could suffer.

Brown says OTN Invite is primarily aimed at medical specialists who tend to treat a group of patients with regularly scheduled follow-up appointments.

“The physicians we surveyed said about 30 per cent of all visits could potentially be done virtually,” Brown says.

And there’s been one unexpected benefit. Virtual visits have reduced the number of patients who don’t show up for their appointments. That adds to the overall efficiency of the health-care system.

Paul Taylor is a patient navigation adviser at Sunnybrook Health Sciences Centre. He is a former health editor of The Globe and Mail. Find him on Twitter@epaultaylor and online at Sunnybrook’s Your Health Matters.

I’m having memory problems after anesthetic and surgery. Is that common?
November 4, 2019 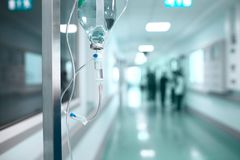 Why would my terminally ill father be denied a medically assisted death?
January 29, 2018 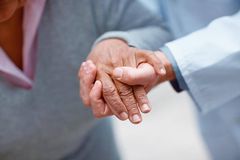