Toronto Marlies forward Michael Zigomanis, 31, played 22 games with the Pittsburgh Penguins during the glory years. The powerful hockey player follows a plant-based diet, and is a hiker and trail cyclist. He recently completed the Toronto Bed Race on Danforth, a fundraiser for Toronto East General Hospital. He trains using restorative exercises designed to give him an advantage on the ice.

In terms of nutrition, my goal is to make my body alkaline, reduce stress and use food as my medicine. My goal for fitness is to ensure I'm consistently active. Eventually, I'd love to compete in a triathlon.

Ten years ago, I used to work out with professional NHL player Gary Roberts. Gary used to say, 'If flexibility and nutrition aren't A-1, your training suffers.'

That's why I changed my diet – five years ago I gave up red meat and eventually seafood and dairy with encouragement from my sister who's vegan, and tried Brendan Brazier's Thrive Diet – and why I don't hammer out four hours in the gym.

I've been going to Pilates North for six years, four times a week.

It helps me deal with and prevent injuries. I came to it after ab surgery in 2004.

I like strengthening my core with Lisa Schklar. Since then I've had shoulder, hip and hand surgeries – all hockey related – and the Pilates and vegan diet help my body heal.

I was taking lots of anti-inflammatories and painkillers. I'm homeopathic now.

I do 60- or 90-minute Moksha yoga classes, four times per week, although some weeks I go every day.

I do weights three times a week, including rehab for shoulders and hips such as barbell squats, dumbbell incline press, chin-ups, rows and wrist strengthening exercises.

On top of that I do cardio four times a week. Last week, I was doing stairs and ran to the top of Will Rogers Park in California.

When I get back on the ice, the workout will add more core activation and I'll reduce Pilates and yoga.

Breakfast is a shot of liquid B12 under my tongue; I drink water with lemon, take essential fatty acid oils, a green shake with fruits and veggies.

I do unsweetened almond milk with wheatgrass, I drink a pot of green tea on the way to workouts.

When I play hockey and I'm on the road, I drink a Vega pre-workout energizer that has ginseng, green tea, coconut seed, various roots and kombucha.

Afterward, I eat a Vega energy bar. Then I do weights and follow that with a protein recovery chocolate shake.

Lunch is a salad: beans, nuts, tomatoes, cucumbers, red and green kale, Swiss chard, romaine and I mix that with olive oil and apple cider vinaigrette.

I don't mind going for a vegan burger with fried sweet potatoes.

I've been playing hockey since I was 4. My parents have always been supportive.

Rock – I love The Rolling Stones and Zeppelin to new bands such as Black Keys and U2.

"Michael should learn the basic movements of 'arch and curl,' which feel better on his body than Pilates because they are more fulfilling. He'll feel that effect instantly, but he should start with classes twice a week, and then after 10 hour-long sessions he'll feel the flow." 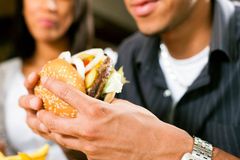 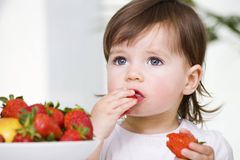