Quebec will, before summer, become the first province to "legalize" physician-assisted death. It's a welcome development, because we live in a country that is, in the main, a dismal place to die, criminally lacking in decent palliative care and mired in a legislative bog.

Quebec, to its credit, is leading the way. In 2010, the National Assembly appointed an all-party committee to examine end-of-life issues. That group produced a 175-page report in March, 2012, entitled Dying With Dignity.

It made 24 recommendations, including allowing physician-assisted death, strengthening advance directives and bolstering palliative care. It also said a more technical report was required to determine how to implement the proposals. On Monday, an expert panel of three lawyers provided that answer in a 435-page report, and the junior minister of health (who happened to be a member of the initial committee) said they would be implemented quickly.

What's unfortunate is that there has been so much discussion of the legal hurdles and so little attention paid to the fact that dying with dignity legislation is, above all, about patient rights.

Under Canada's Criminal Code, anyone who "aids or abets a person to commit suicide" is subject to criminal prosecution. There are no exceptions, and the federal government says it has no plans to amend the law.

However, the B.C. Supreme Court ruled last year that the provision on aiding and abetting suicide does not apply to physicians who are honouring the wishes of a grievously ill patient. Ottawa is appealing that decision to the Supreme Court.

Add to this murkiness the constitutional reality: The federal government is responsible for the Criminal Code, but provinces have jurisdiction over health-care delivery, including end-of-life care.

What Quebec plans to do is issue guidelines to its Crown prosecutors not to lay charges in cases of physician-assisted death. In other words, the law will remain on the books (at least until the Supreme Court rules) but won't be enforced.

As bizarre as this may seem, there is a precedent. Quebec did not prosecute physicians for performing abortions (and even paid for the procedure) for 12 years before Criminal Code provisions making abortion illegal disappeared.

What we are seeing, once again, is the law limping to keep up with public mores and desires.

These technicalities have made headlines, but they're particularly important. The reality is that no physician has ever been prosecuted in the province for hastening a patient's death.

And let's be clear about what goes on in the real world: Many people who are dying (or their loved ones) opt for "withdrawing potentially life-sustaining treatment" (crudely called pulling the plug) if they are on a respirator or for "terminal palliative sedation" (meaning they choose to stop eating and drinking and are given escalating doses of pain medication), all with the compassionate complicity of their care providers. That is entirely appropriate.

The debate now is whether, in some cases, physicians can go one step further and inject drugs that hasten death.

Under the law Quebec plans to adopt, physician-assisted death would be allowed only where these four criteria are met: 1) The person making the request is competent and opting to end their life of their own free will; 2) the patient has an incurable condition at an advanced stage and is nearing death; 3) at least two physicians have been consulted, they agree on the diagnosis and are willing to administer a lethal dose of medication and; 4) there is a 15-day "period of reflection" between the request and the final act.

In other words, very few patients will be able to take this approach – only those with rare conditions like ALS (Lou Gehrig's disease) and some forms of advanced cancer. There would not be death panels, and people with dementia would not be put out on ice floes. If anything, Quebec's approach goes out of its way to shield the vulnerable.

"For the vast majority of people, palliative care remains the best option at end of life," junior health minister Véronique Hivon said. She also promised a significant investment in palliative care, long overdue in a country where only 16 to 30 per cent of dying patients receive palliative or hospice care.

Still, right-to-die legislation, even with strict limits, is an important step in the evolution of patient rights.

One of the most important aspects of the Quebec reports is that they articulate well what patient rights are: The right to information, the right to decisional autonomy, the right to confidentiality and the right to die at a time of one's choosing.

Jean-Claude Ménard, the lawyer who headed the expert panel, put it succinctly: "Legally, we must do everything possible to facilitate the right of citizens to die with dignity." 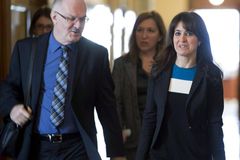 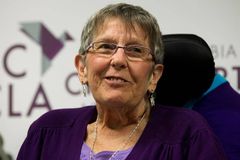 Assisted suicide too risky, federal government argues in appeal against B.C. decision
May 9, 2018 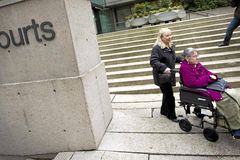