Suzanne Urpecz received plenty of support from family and friends after she was diagnosed with Hodgkin's lymphoma in May. But some well-wishers' messages, aimed at boosting her spirits, left her feeling hurt and offended.

People said, "You got this," which might have been appropriate at a football game, but didn't seem right to someone dealing with cancer of the lymphatic system.

The suggestion that her six months of treatment were "going by so fast" was well-intentioned, but not entirely true. Sure, some days passed quickly, but others were utterly awful.

Urpecz, 35, of Toronto, says she realized that those responding to her cancer diagnosis with calls for positivity and perseverance may have done so because they were uncomfortable or unfamiliar with facing illness and mortality. But when you're on the receiving end, she says, "trying all the time to sort of be very positive or very warrior-like … it sort of undermines some of the grief you have to go through."

In recent years, patients have pushed back against the idea of conquering illness or overcoming health crises with a can-do attitude and a fighting spirit.

Writers, such as Barbara Ehrenreich, author of the 2001 Harper's Magazine essay Welcome to cancerland, have challenged the assumption that cancer patients should face their disease with cheerfulness.

And even in clinical settings, health professionals recognize the importance of validating patients' negative feelings. In the past decade, cognitive behavioural therapy (CBT), a widely used form of psychological treatment, has become much more nuanced, as psychiatrists aim to help patients constructively cope with adversity, says Ari Zaretsky, psychiatrist-in-chief at Toronto's Sunnybrook Health Sciences Centre. In the past, he says, it involved a more simplistic way of working with patients, replacing negative thinking with a positive spin.

Yet, despite this resistance and limited evidence of its health benefits, beliefs about the power of positive thinking are now as strong as ever.

Not only are patients expected to remain upbeat and soldier on through serious illness, being positive now also involves trying to be grateful, resilient and mindful, says Judy Segal, an English professor at the University of British Columbia, who focuses on the rhetoric of health and illness.

The ability to laugh through difficult times has also become a contemporary virtue, Segal adds. For example, she notes the emergence of popular memoirs tackling illness and adversity with humour, such as comedian Tig Notaro's I'm Just a Person, which delves into her experience with breast cancer and the death of her mother. Cartoonist Roz Chast's Can't We Talk About Something More Pleasant: A Memoir deals with her elderly parents' final years.

That's not to say that taking a rosy or comedic view is the wrong approach to health crises. But the ubiquity of positive illness narratives makes it "much harder for people who are going through difficult times and who feel like complaining or crying – which are things people do, it's just that they don't do it very much in public or even in some close relationships because they feel those things are disallowed or dispreferred," Segal says.

She explains that her own experience, having been diagnosed with breast cancer in 2009, did not transform her into a better, stronger person, contrary to the typical trajectory of prevailing cancer stories.

However, Segal says people who are seriously ill often feel the need to look after others and she was no exception. "When I told somebody that I had cancer or I was with someone who knew that I did, I felt like I had to look after them. I didn't want them to be too sad," she says. "I felt responsible for how bad they felt because they felt bad for me."

So how did staying positive become the accepted way to deal with illness?

Associate professor Andrew Ryder, director of the culture, health and personality lab at Concordia University, says our bias toward positivity is not universal, but is something that is specific to contemporary North American culture.

By contrast, he says, individuals in China are often protected from knowing they have a serious illness. In trying to maintain a collective harmony, many people there believe that it is better for the patient not to know too much about his or her condition.

In Russia, negative emotions are to be expected, Ryder says. There, having a full range of emotions is considered authentic or realistic, he says, noting that it can sometimes be difficult to detect depression in Russians because it's accepted as part of life that people experience tough times.

When faced with adversity, "I think they even say, sometimes explicitly, 'We don't have to be [like] Americans and smile about it,' " he says. "So if you have a death sentence or you're now going to have to live with a permanent disability, then you would be sort of failing to be in touch with the truth of the situation unless you felt really bad about it."

Positivity in the air

Segal suggests that the North American imperative to be positive is tied to a current focus on happiness. It's impossible to walk past a bookstore or magazine stand these days without encountering self-help titles promising advice on becoming a happier self. And many workplaces support efforts to improve emotional and physical health, she says, noting an emergence of smartphone apps aimed at mindfulness.

"If you have happy workers, then happiness cashes out in productivity, or so the thinking goes," she says.

In this cultural environment in which positivity is valued, people who feel uncomfortable or don't know how to respond to illness tend to fall back on what's familiar, that is, to emphasize positive feelings, Ryder says. In part, well-wishers may offer encouragements to stay strong because they believe that's the message patients need to hear. But this can be self-serving at the same time.

"Even if you mean well, you're kind of saying, on the one hand: 'I care about you and I want you to be happy.' But there's a sort of a subtext of 'I'd rather not have to be around an unhappy person,' " Ryder says.

To coax patients to look on the bright side can be extremely unempathetic and can result in a kind of victim blaming, in which a relapse of illness or inability to recover may be seen as a consequence of not trying hard enough to overcome it, says Zaretsky, the psychiatrist at Sunnybrook.

And while some research indicates that one's outlook may have physical effects on one's health, Zaretsky says the findings are limited.

Studies have shown, for example, that strategies aimed at mitigating stress may have an indirect impact on the immune system, observed through measures such as reduced levels of the stress hormone cortisol or the functioning of T-cells, Zaretsky says.

But to make the leap to suggest positive thinking can help people live longer, "that is not at all what the science shows," he says.

Madeline Li, a psychiatrist at the Princess Margaret Cancer Centre in Toronto, adds that more recent, larger and better-designed studies have "pretty clearly showed there is neither a health outcome benefit to survival … for being optimistic nor psychological therapies, like support groups, that reduce stress."

What optimism and psychological therapies can do is improve the quality of one's life – at least for some people, she says – but there's no evidence that it prolongs it.

And even if there were evidence to support the idea that people could fight disease by boosting their immune system through reducing stress, trying to be positive, for some, may itself be stressful, Li says.

"If the mechanism is that stress reduction works through your immune system to help you, it's not going to work if you have to work that hard at being positive," she says.

I’m sick, thanks: New gifts for cancer patients packaged with a dose of real talk
September 20, 2016 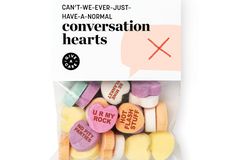 Nora McInerny Purmort on how to answer ‘How’s it going?’ honestly
September 22, 2016 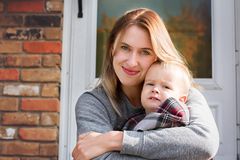