On the walls of his study, Dr. William Feindel pinned reproductions of ancient maps of the world. He loved that they were gloriously wrong, based on incomplete information and made with rudimentary tools – a humbling reminder of the challenges faced by researchers such as himself, who were also navigating and mapping terra incognita – the human brain.

Dr. Feindel's seven-decades-long career as an explorer of the mind – almost all of it at the Montreal Neurological Institute – left an indelible mark in the fields of neurosurgery, brain imaging, medical history, research and medicine, more generally.

"It's difficult to put into words how important [Dr. Feindel's] contributions have been," said Mark Preul, director of neurosurgery at St. Joseph's Hospital in Phoenix and one of his former fellows.

"Dr. Feindel was a giant of neurosurgery. There are not many in medicine who are his equal. He was the living link to the brain explorers of the early 20th century, like Dr. Wilder Penfield."

His father was a livery driver, shuttling clients by horse-and-buggy along the LaHave River; his mother was an accomplished musician.

Dr. Feindel studied science at Acadia University, where he was taken under the wing of Muriel Roscoe, a professor of botany. She initially sought him out because he had the same name as a friend of hers who had died, but soon recognized him to be a brilliant student and became his mentor, urging him to pursue his personal interests through academic study.

As a result, Dr. Feindel, who was plagued by poor eyesight, studied physiology at Dalhousie University, doing research on the eye. He paid for his studies with a combination of academic scholarships and busking on the fiddle.

Prof. Roscoe then encouraged him to apply for a Rhodes Scholarship and he won the prestigious award, but his studies at Oxford were delayed by the Second World War.

Because of his poor eyesight, Dr. Feindel was declared unfit for military service and instead was assigned to conduct wartime research.

He ended up at the Montreal Neurological Institute, under the supervision of Dr. Penfield, a legendary neurosurgeon.

While Dr. Feindel's war-related task was to help find effective treatments for trench foot, a common affliction of soldiers, he was also involved in the care of soldiers with brain injuries, and he became enamoured of the promise of the fledgling area of neurosurgery.

During the war, Dr. Feindel lived in a small room at the Neuro, the hospital where he met Faith Lyman, a psychiatric nurse who would become his wife of 68 years. (Dr. Feindel leaves his wife and five of his children: Christopher, Michael, Patricia, Janet and Anna, and is predeceased by his son Alexander.)

After the war, Dr. Feindel studied neuroanatomy at Oxford, returned to McGill University in Montreal to do a medical degree, then returned to Oxford to train as a neurosurgeon, always spurred on by Prof. Roscoe, who became godmother to his children.

As the long-time neurosurgeon-in-chief, he had a particular interest in epilepsy and brain tumours, two of the most difficult conditions to treat.

Dr. Feindel developed a surgical technique for temporal lobe epilepsy, dubbed the Montreal Procedure, which was adopted worldwide and led to the cure of thousands of people with the disorder.

In 1972, Dr. Feindel was appointed director of the Neuro, a position he held until 1984. In that period, the hospital doubled in size and became a pioneer in brain imaging. Under Dr. Feindel's direction, the Neuro was the first Canadian health-care institution to own a CAT scanner, an MRI machine and a PET imaging device. The technology was gathered under one roof in what became the world-renowned McConnell Brain Imaging Centre.

It was during his tenure as director when Brenda Milner, a neuropsychologist at the Neuro, came to know Dr. Feindel well. "The equipment was all state-of-the-art, and very expensive. Everyone worried it was unaffordable and he would say: 'Afford it? We can't afford not to have it.'"

She marvelled at his dedication to patients, how he would seek out the most difficult cases – those with "beautiful lesions" – and how he would do everything to ensure they had the best care.

What Dr. Milner remembers most about her colleague, however, was "his extreme thoughtfulness and kindness and, of course, his sense of humour."

Dr. Feindel was an inveterate joker, and used humour to defuse everything from interhospital rivalries to fights among his children.

"One night we were all behaving really badly at dinner and my Dad quietly poured a bottle of ketchup over his head to show us how ridiculous we were being," his son, Christopher Feindel, recalled. "Rather than getting angry, he had a way of disarming people with his dry sense of humour."

The junior Dr. Feindel, a heart surgeon at University Health Network in Toronto, said his father was also a "fantastic person to call up and ask for advice, because he was always so thoughtful."

That sentiment was echoed by his long list of trainees and fellows, many of who have gone on to have distinguished careers.

"He was demanding, but made every one of us feel we would go out into the world and do something great," Dr. Preul said. "As a mentor, he not only taught us, but he inspired us."

Among his many honours, the elder Dr. Feindel was inducted into the Canadian Medical Hall of Fame, was a member of the Order of Canada and the Ordre national du Québec, the Académie des Grands Montréalais and the Royal Society of Canada.

A man of letters

In addition to his work as a surgeon, researcher (he published more than 500 scientific papers in peer-reviewed journals) and administrator, Dr. Feindel was fascinated with medical history, in particular the work of Thomas Willis, the 17th-century British pioneer in brain research who coined the term "neurology."

Dr. Feindel published an English translation of Willis's 1664 Latin treatise Cerebri Anatome (Anatomy of the Brain and Nerves). As a result of his books, the Osler Library of the History of Medicine at McGill University made him an honorary librarian.

Dr. Feindel retired from surgery at age 70, but continued to teach and mentor, and kept an office at the Neuro up to the time of his death.

He was a well-recognized figure because he attended virtually every lecture and conference; he took copious notes and made a point of always asking the first question. He was also a permanent fixture at the annual variety show, usually at the piano.

Dr. Feindel's health began to fail this past fall, when he had heart trouble and needed a pacemaker. Excessive bleeding due to use of an anti-clotting drug led to kidney failure, and he needed dialysis. During treatment, Dr. Feindel contracted pneumonia and died as a result of the infection.

Knowing that his health was deteriorating, he made a point of seeing all his children and talking to them extensively in his final weeks. He also continued work on The Brain Doctors, dictating editing instructions while he was in the critical-care unit.

He also insisted, despite the fact that his mind was as sharp as ever, on being hospitalized at the Neuro, because he wanted to end his journey where it began – where he lived, where he found love, where he worked and where he drafted new maps of the mind for future generations to build on.

Tim Jones obituary: His life was saving the lives of others
February 7, 2014 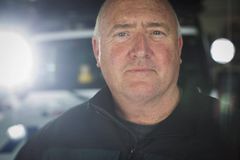 For mathematician and teacher Zoltan Dienes, the play was the thing
February 4, 2014