Skip to main content
JAMES MARTIN
Special to The Globe and Mail
Published May 11, 2017

Abdul Ali was 16 when his family moved from Yemen to downtown Winnipeg. He started hanging around at The Bike Dump, a volunteer-run community bicycle shop, “just for something to do after school.” 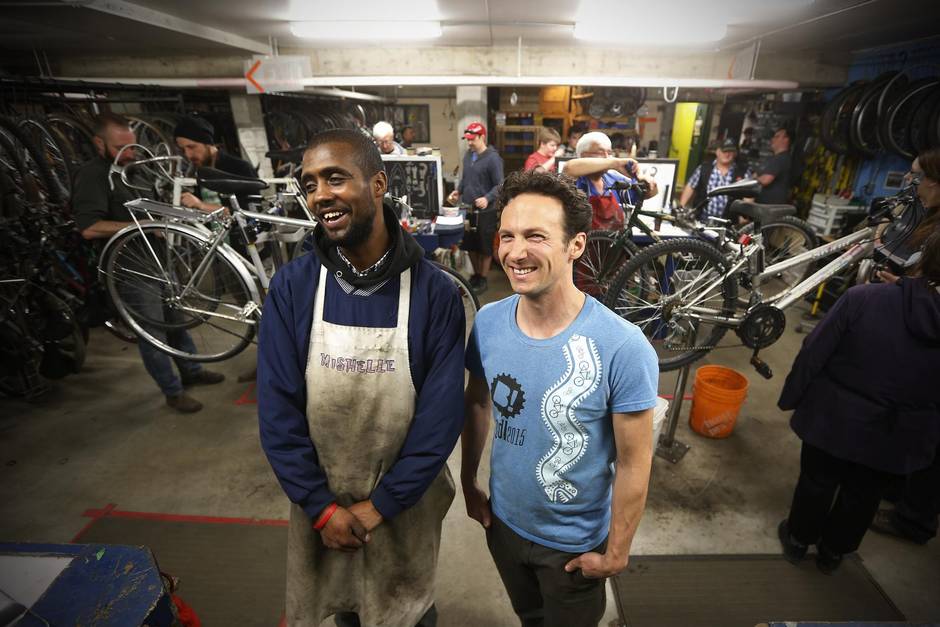 Abdul Ali moved to Winnipeg from Yemen when he was 16. He volunteers at The Winnipeg Repair Education and Cycling Hub (The WRENCH) with co-director Geoff Heath.(John Woods/The Globe and Mail)

Community bike shops are run on a mandate to eliminate barriers to cycling by teaching people how to repair and maintain bikes (and offering the tools and space to do so), and providing safe, affordable bikes to those who might otherwise be priced out of the market.

The shops pride themselves on being open, welcoming spaces, but there is a catch: If you want to hang out, you have to pick up a wrench or a tire lever.

“I made a lot of friends and learned new skills,” says Mr. Ali, now 25. He also brought his own particular skill set to the shop. Mr. Ali spoke Arabic, and had picked up a handful of other languages while living in refugee camps, so the other mechanics called on him to translate for new clients. 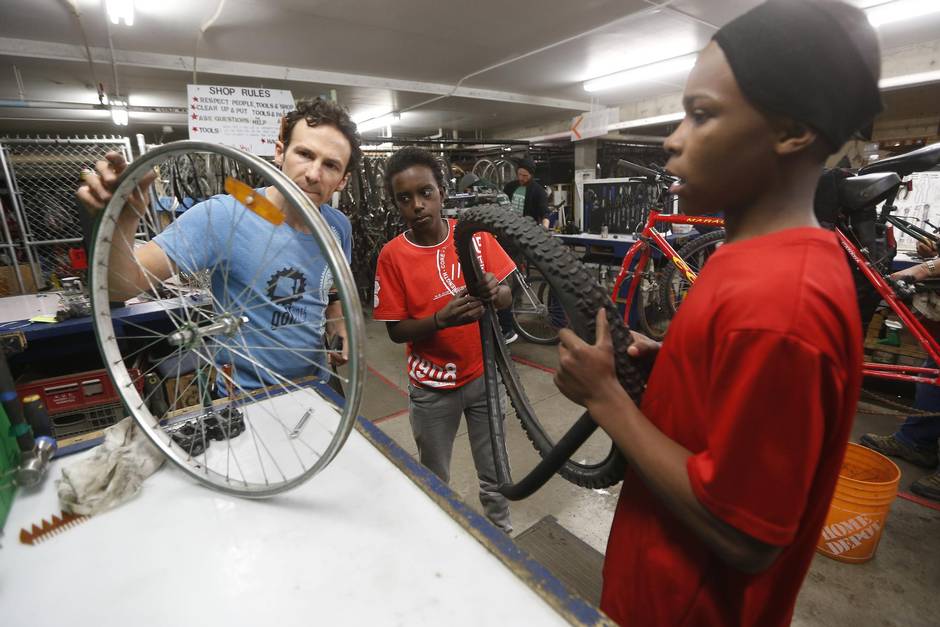 “Community bike shops are well-known as the place to get transportation when you arrive in Winnipeg,” says Geoff Heath, co-director of The WRENCH (Winnipeg Repair, Education and Cycling Hub), another of the city’s many community bike shops.

There are community bike shops all across Canada, but Winnipeg’s particularly high concentration is a reason the city will host the 2017 edition of Bike!Bike!, an international gathering of community bicycle projects this August. Approximately one in five Winnipeggers are immigrants, and the city welcomed 12,383 new permanent residents in 2015 alone.

“Bikes open up options to employment to them, and open up their city,” says Mr. Heath. “A lot of the folks we serve don’t necessarily identify as cyclists in the way you or I might think of it – spandex, fancy road bike. And they’re not hipsters. Like a lot of cyclists in Winnipeg, they’re functional cyclists. They get introduced to it and they realize it’s affordable, it has health benefits and there are a lot of joys to it. They’re just regular people on bikes.” 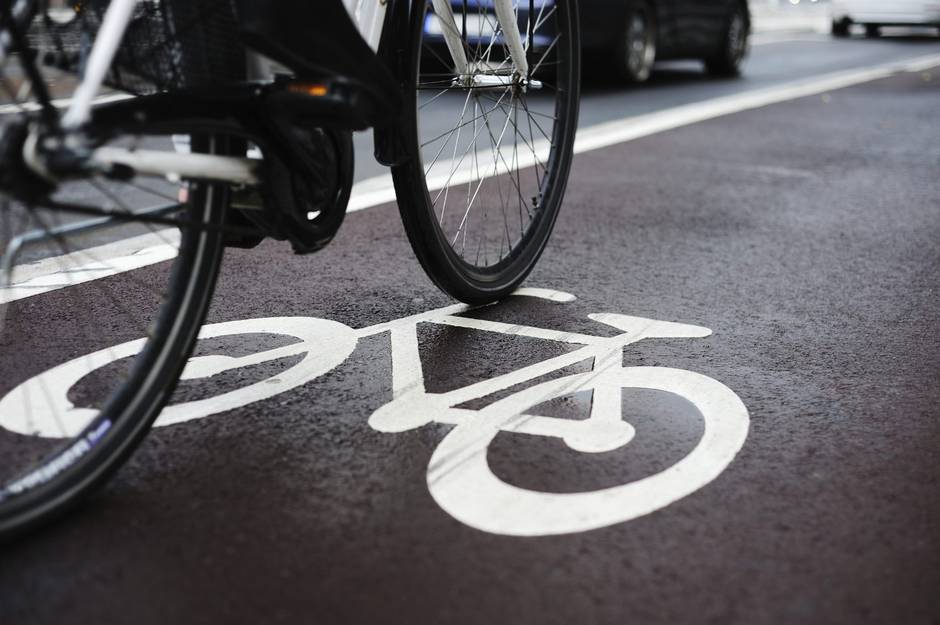 A lot of cyclists use bikes as an affordable transportation option with health and other benefits. (Ola Dusegård/ iStockphoto)

Getting more working bikes on the road is just part of the community bike shop mandate. Education is also important. Whether running hands-on programs in neighbourhood schools, or just through day-to-day shop activity, places such as The WRENCH believe that self-reliance builds strong communities.

“The feeling of satisfaction you get from fixing your own bike lingers,” says Anders Swanson, a founding board member of The WRENCH. “It doesn’t matter if you become a software developer, a CEO or a trucker, you have the confidence to figure out anything. It’s the exact opposite of sitting in a car that won’t start and feeling vulnerable.”

“Jane Jacobs used to write about getting more eyes on the street,” says Tom Babin, a Calgary bike blogger (shifter.info) and author of Frostbike: The Joy, Pain and Numbness of Winter Cycling. Ms. Jacobs, the late urban renewal advocate best known for the book The Death and Life of Great American Cities, believed that the more “natural proprietors” are observing a neighbourhood’s comings and goings, the safer the streets. 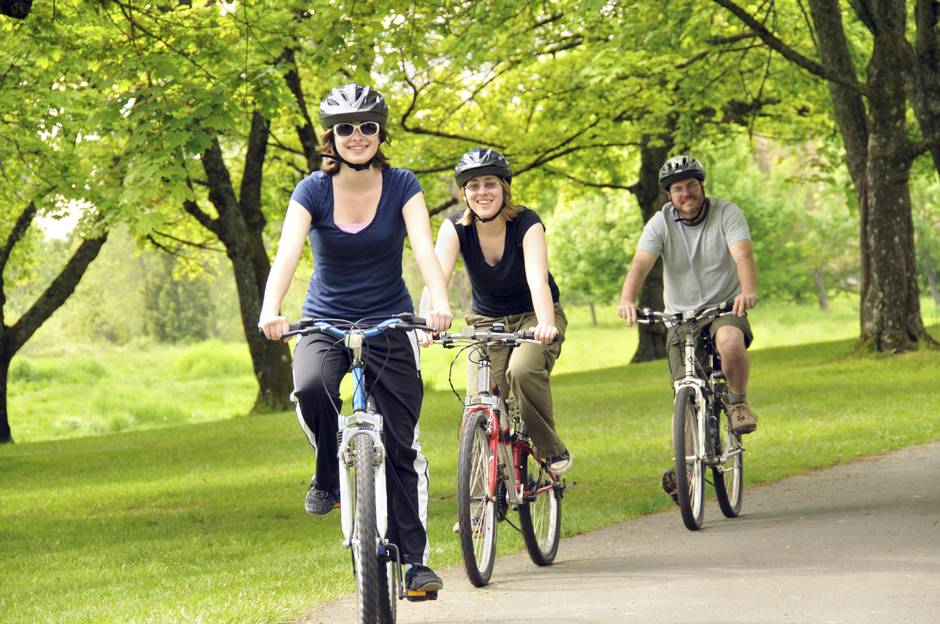 Cycling advocates believe that more bikes on roads make neighbourhoods safer, with more street-level eyes. They may also make two-wheeled commuters happier, according to one study. And they are more environmentally friendly. (MoniqueRodriguez/ iStockphoto)

“I think having more people on bikes does that because they’re more connected to the street,” says Mr. Babin. “When you’re in a car, you’re in a sort of bubble and it’s hard to see beyond your dashboard. Bikes really change our perceptions of our cities and our neighbourhoods. When you get out of your car and onto a bike, you see the streets more. You have a better sense of where you are, you have more empathy.”

More bikes may make for happier neighbours, too.

Dea van Lierop, a recent PhD graduate in urban planning from McGill University, has co-authored several studies exploring the emotional implications of commuter choices. One study, titled The Happy Commuter, found that cyclists were “significantly more satisfied than drivers, metro and bus users.” (Pedestrians and train commuters also scored highly on the study’s happiness scale.) Another study found that people who cycled to work arrived more energized, and were more productive, than people who drove – and, notes Dr. van Lierop, “even more than people who walked.”

There is also an environmental upside to engine-less transportation. In a study of California air quality, the U.S. Department of Transportation estimated that replacing just 1 per cent of car and small truck trips with pedal powered transportation, for one day, would keep 20.11 tons of carbon monoxide out of the air. Improving their neighbourhood’s air quality is one of The WRENCH’s goals, but Mr. Heath says reduced emissions are not the only sustainability box that bikes check off.

“We really focus on introducing a culture of repair to the youth of today,” he says, noting that The WRENCH has an arrangement to collect bikes from the city landfill. Each year, The WRENCH volunteers restore hundreds of bikes, which are priced on a sliding scale according to a client’s means, or exchanged for three to five hours of volunteer work in the shop. 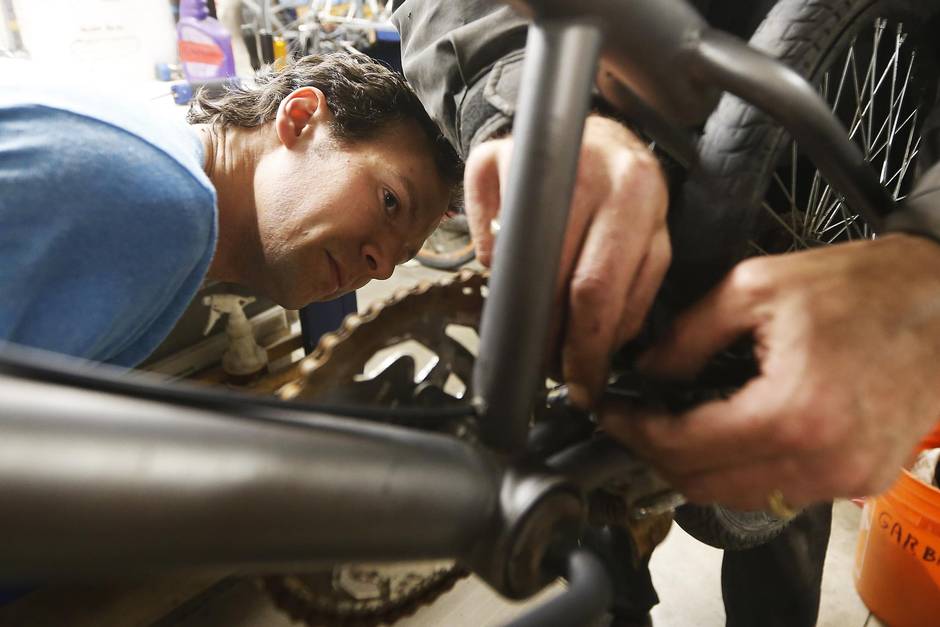 Community bike shops can save old bicycles from landfill, provide cheap bikes to those who need them and give volunteers a sense they are giving back to the community. (John Woods/The Globe and Mail)

“They might not have money but they have time,” says Mr. Heath. “We attract a lot of volunteers who really appreciate the community aspect of giving back. They feel like they’re valued, even if they sit low on the socio-economic scale of things. The fact that they can pay for something and have some dignity and give back and be of value to their community is pretty awesome.”

Although cycling is almost zero-emission in terms of air and noise pollution, a study by the European Cyclists’ Federation found that the activity isn’t carbon neutral: Bikes are responsible for carbon dioxide emissions of 21 grams per kilometre, compared to 271 grams for the average car. By getting unused bikes back into service, and thus avoiding additional production emissions, that already small amount becomes even lower.

“We live in a culture where if something breaks, you throw it away,” adds Mr. Heath. “Who fixes their iPhone, other than a cracked screen? Most of the bikes we work with are from the 1990s, and most of the kids we work with are 10 to 15 – so the bikes are older than they are. But the bikes are still perfectly functional with a bit of grease and work and love. If we’re going to survive on the planet, we need to look at how we can use the resources we have long into the future, and not just landfill them.”