Matthew Kennedy grew up in a suburban Calgary neighbourhood, but when he returned to his hometown after studying architecture in Halifax, he did not consider buying in the burbs.

Mr. Kennedy was looking for a small, efficient and affordable space with a short commute to work. He also wanted to feel a strong sense of community; he did not like the idea of buying a starter home or condo, only to uproot to a new neighbourhood in a few years.

So Mr. Kennedy, alongside his friend and architecture classmate Mark Erickson, turned his attention to an oft-ignored Calgary space: the alleyway.

In the inner city community of Parkdale, Mr. Kennedy and Mr. Erickson are building a laneway house behind a heritage house they bought in 2014. They’re restoring the older house and plan to rent it out and live in the two-bedroom laneway house by next summer. 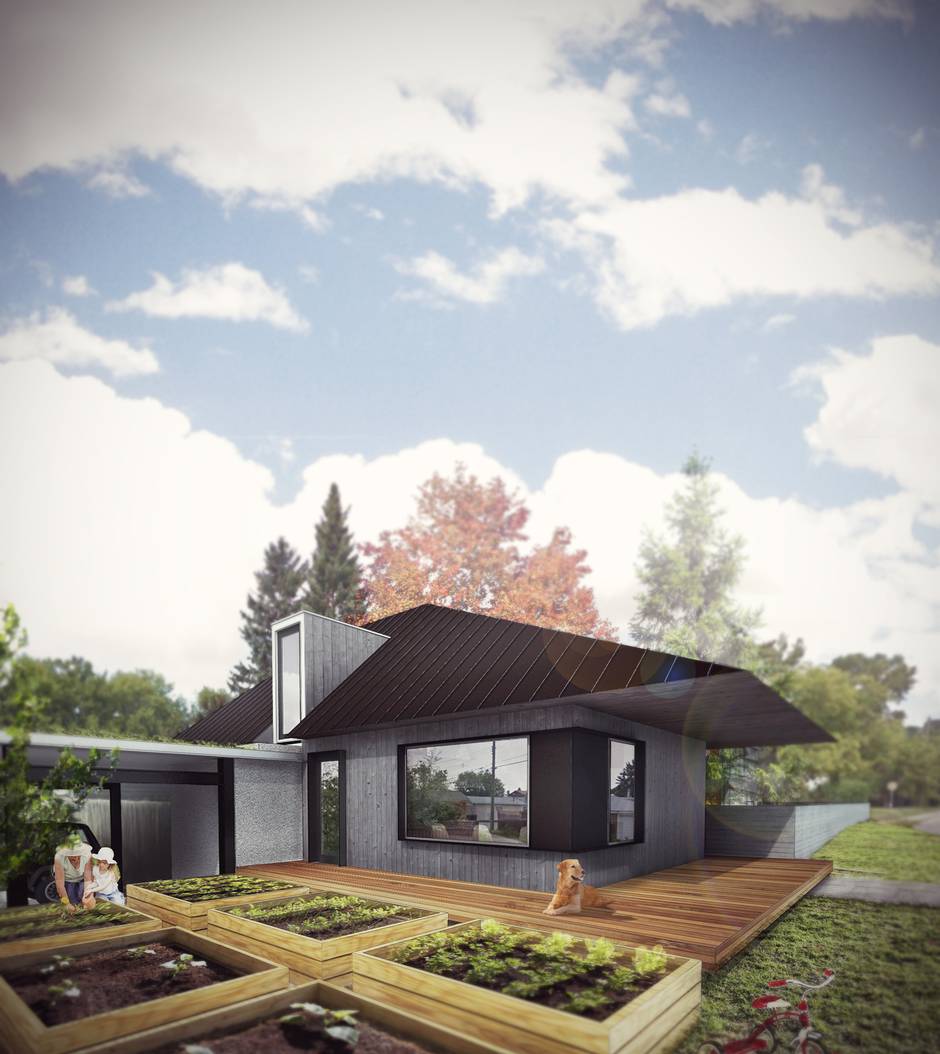 An rendering of a Calgary laneway home. (Courtesy Studio North)

“The suburbs we grew up in are a lot different than the places we want to live now,” says Mr. Kennedy, who focused his master’s thesis on laneway housing in Calgary’s inner-city communities. “We’re thinking of everything a little more compact.”

Laneway houses are self-contained living spaces on the same property as a single-detached house, and are often accessed from the back alley or laneway. They’re also called garage suites, granny suites, carriage suites or garden suites, with the City of Calgary using the all-encompassing term “backyard suites.”

“They are a new housing typology that’s needed for our generation, that makes a lot more sense for the way we live and the things we value,” Mr. Erickson says.

But it’s not just Mr. Erickson and Mr. Kennedy’s fellow millennials making the move out back. Their design firm, Studio North, has three other laneway projects under way in Calgary, with prices ranging from $150,000 to $350,000. Clients include a family with a young child and aging parents, who are building a laneway house for the grandparents to move in to. 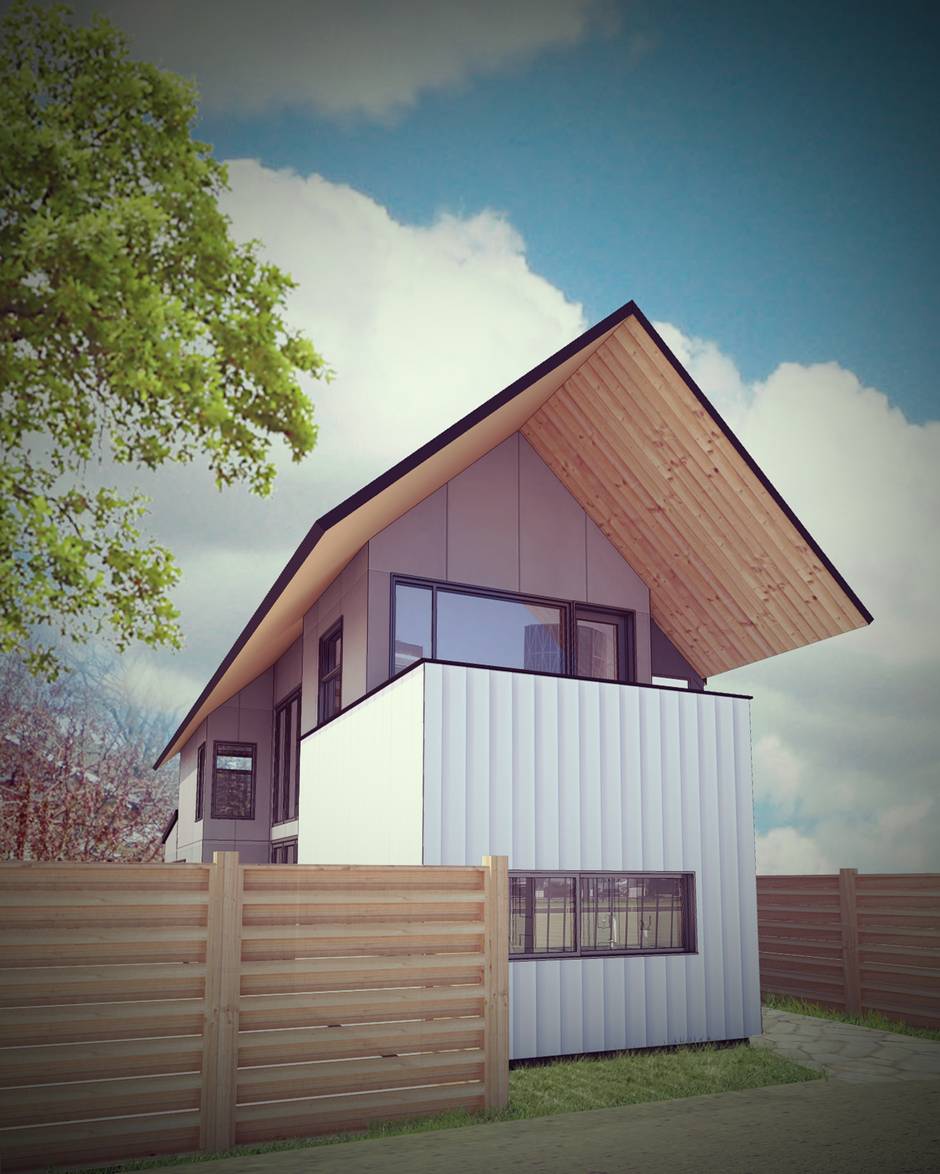 Cliff de Jong, senior special projects co-ordinator for the City of Calgary, says laneway houses can act as mortgage helpers for homeowners and also provide an affordable unit for renters. Laneway houses are often a win for established communities, as they diversify housing stock without demolishing existing buildings.

“We’ve had single detached dwellings as the primary built form in Calgary for a very long time, and we’re starting to see that change,” Mr. de Jong says. “Communities want to see it sensitively done. This is an example of sensitive intensification.”

Change is happening, albeit slowly. A laneway housing pilot project started in 2014 on one lane in the central Hillhurst-Sunnyside neighbourhoods, but so far no landowners on the street have applied to build backyard suites, says Steve Jones, senior planner with the city. Still, he’s noticed an overall shift of people paying more attention to passageways.

“People are seeing [alleys] as a space that we don’t want to just turn our backs on to any more,” Mr. Jones says. “We still have to have a lot of service activities take place back there, but when we can, why don’t we provide a little more activity and surveillance and just a better environment on those lanes?”

The number of backyard suites built in Calgary is not known, as backyard suites are grouped in with other secondary suites, such as basement suites, according to a city spokeswoman. The number of completed legal secondary suites in Calgary continues to rise slowly; 105 were built in 2012, 111 in 2013, 118 in 2014 and 124 suites were completed from January to November 2015.

A wave of garage suites was constructed in the southeast community of McKenzie Towne. Units above garages also exist throughout Garrison Woods, Garrison Green and Currie Barracks, three communities that were developed on a former Canadian Forces Base.

When Greg Otterson moved to McKenzie Towne in 2005, the few garage suites he saw on his street intrigued him, and he later had a 600-square-foot one-bedroom garage suite built. He’s encouraged friends and family members to do the same, and is now involved with seven garage suites in McKenzie Towne.

Tenants like the fact they don’t share walls with anyone, Mr. Otterson says, and he likes that his suites are rarely vacant. 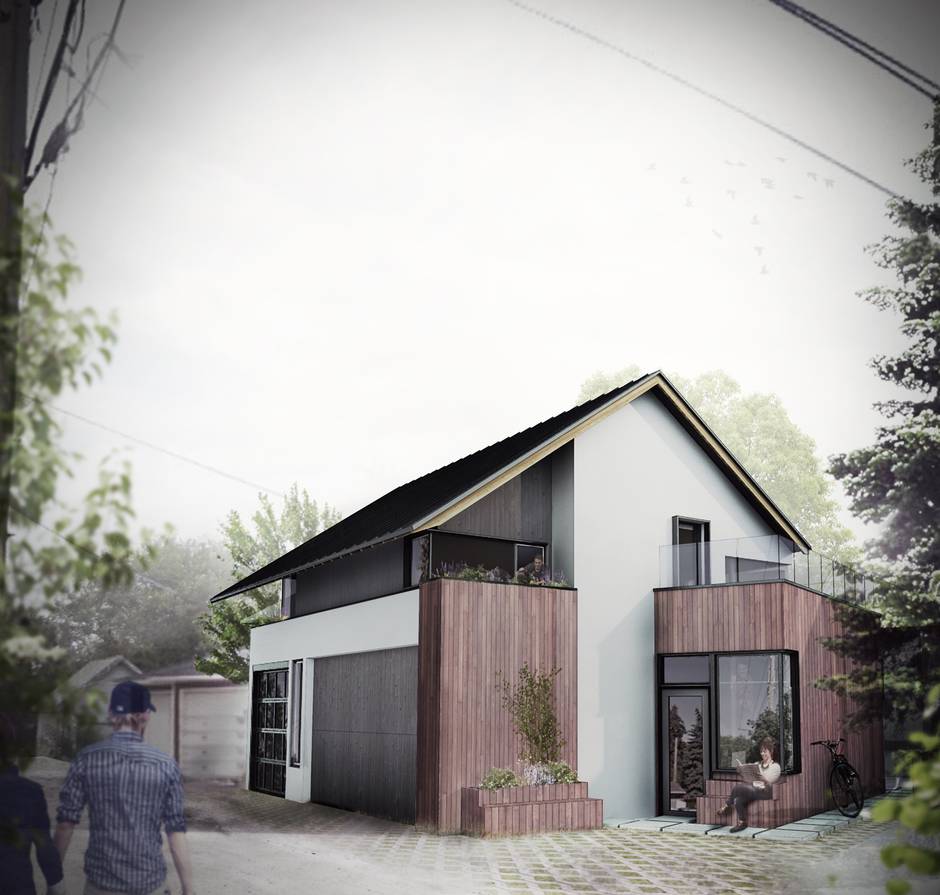 Chris Elkey is senior director of real estate for Canada Lands Company, the crown corporation that redeveloped the former Canadian Forces Base. The area’s rezoning included an allowance for garage suites, which Mr. Elkey said fit with the company’s goal of providing “a range of housing styles and tenures, and of creating a vibrant community of different demographic groups.”

Secondary suites are permitted in some areas of Calgary, while homeowners in other areas must apply for a land use redesignation, which requires city council approval. If that’s successful, homeowners apply for a development permit, then a building permit, before they can begin construction.

For Mr. Erickson and Mr. Kennedy, getting permits to build laneway houses has been both frustrating and rewarding.

“It’s valuable because we go and engage the community and the community association and get really involved with talking to people around the project,” says Mr. Erickson, adding they’re now on a first-name basis with a development officer at the city. “It just takes a lot more time and effort.”

Still, they believe the extra work is worth it. The two envision Calgary one day being full of vibrant laneway communities.

“The more interesting laneway houses there are getting built, the more people are going to be excited about the idea, and the more accepted the whole concept will be by the community,” Mr. Kennedy says.

Mr. Kennedy and Mr. Erickson are confident their developments will help kick start that shift.