He started out as a club king, though these days the CEO of INK Entertainment and owner of such hot spots as La Société (with locations in Toronto and Montreal), and Toronto's new (Bieber-approved) Cabana Pool Bar is more of a hospitality multi-tasker. Here, Charles Khabouth shares his habits for success (hint: think twice before calling a meeting)

I absolutely hate seeing people waste time. People will call a meeting for anything and far too often you have meetings that are more than an hour that should be 15 or 20 minutes. For me, time is the most valuable thing I have, so I try to be protective of it. Maybe it sounds a bit rude, but when I get into a meeting I will say: "Let's try to get this done in 15 minutes," so that people know my expectation. I try to teach my senior staff the same thing: Be prepared, stay focused, keep the conversation relevant to the issues and get out.

People are constantly complaining – I'm tired, I'm working too hard, I don't have a life. I never say that and I think people who do are in the wrong business. My advice to people like that is just quit, and not just because they don't like what they're doing, but because they probably won't be successful. It's tough to get up in the morning and be excited and motivated if you don't love what you're doing.

To rule a city, see the world

Probably the most important thing I do for work is travel. If I stay in a city for three nights, I will often stay in three different hotels just to get the experience. I will go anywhere to see a new concept or look or architect. Almost all of my places have been inspired by something I saw in another part of the world, although I'm not a photocopier. You have to take what's good and put your own spin on it. For the new cocktail bar, we were inspired by a bar called The Aviary in Chicago. We spent a couple of thousand dollars and two nights there.

When it comes to vision, spare no expense

I decided I wanted to do a mosaic tile floor at La Societé. Financially it was very tough – that floor was $390,000. People only spend a little more than that opening a restaurant. We could have had the tiles cut in China, or done something less expensive, but in the past I have always regretted not going through with a vision. We ended up flying in 27 tile workers who worked for five months. We had to delay the opening and eat that cost, but when it was done I felt so happy about the decision, and I still get the same feeling every time I walk into the restaurant. Nothing give me more pleasure than when I see people standing taking pictures of the floor.

To come to my party, be in my corner

At the beginning of September my phone starts ringing non-stop. People who I haven't heard from in months will call because they want to get into a TIFF party at one of my venues. I have my go-to excuses. I'll say that the company throwing the event has hired private security or that it's my venue, but it's not my event. The truth is I can get anybody I want into any event – that's part of the contract, but I just don't want to be used. That said, if I have a great client who supports us throughout the year, I am happy to be able to get them into an event. It's important to recognize the people who keep your business going.

Know your stuff, not your salary expectation

I believe in doing your homework 100 per cent. When I am going to see anybody, I will Google them, read, go and visit whatever it is they own. I expect the people coming to me for a job to do the same. It's amazing when someone sits down to discuss a VP position and they have never been to one of my restaurants. That is obviously a non-starter and so is someone who is obviously interested in a job because it has a good salary. I want to hire people who are excited about our company and what we do. The last thing I will discuss is money because if I find the right person for the job I will always find the money somewhere.

I don't break bread for business

It's very rare that I will agree to a lunch meeting or a dinner meeting. The minute you leave your office and you sit down and you look at menus and discuss food—that's time wasted for me. I know a lot of business is done over lunch or dinners. I'm not saying that it doesn't work, but it's not for me. I want to have my meals with my family or my close friends.

Top Chef Lynn Crawford’s tips for success: Stand still before you walk
May 11, 2018 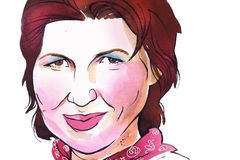 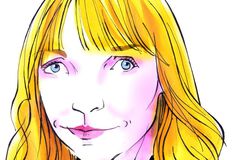