Matthew Hague
Special to The Globe and Mail
Published May 7, 2020 Updated May 7, 2020
For Subscribers
Comments
Text Size

“Florals? For Spring? Groundbreaking.” So slammed Meryl Streep as fictional fashion magazine editor Miranda Priestly in the film The Devil Wears Prada, dismissing petals and blossoms as cliché. She likely wasn’t talking about ikebana, though.

This Japanese art of austere flower arrangement often incorporates just one or two blooms that stand tall like attentive soldiers, held in place in a sleek vase by a kenzan – a small bed of nails hidden under a handful of stones and placed in a pool of water. The technique dates to the 6th-century, yet its minimal, modern sensibility feels very right for Mother’s Day weekend in 2020, when an interest in Instagram-worthy arrangements and more time to pick up new hobbies have converged.

What keeps ikebana interesting is that it’s not readily commercialized and rarely sold in flower shops. “Usually the arrangement falls apart during transportation,” says Joan Fairs, a master ikebana instructor and past president of the Vancouver Ikebana Society. “The way the stems stand vertical is very delicate and precarious but precious. Also the arrangement should be made with consideration of the room it will sit in. The whole composition, including the vase, should be harmonious with the surroundings.”

It’s hard to order site specificity over the phone, but if you’re designing for a home you know well, it’s not a problem. And while an ikebana arrangement may not last a typical delivery, it could survive a careful, physically distant porch drop-off.

The more personal the better, anyway.

“If you’re giving ikebana for Mother’s Day, you should do it yourself,” says Betty-Lou Arai, a Toronto-based master who has been teaching the craft at the Japanese Canadian Cultural Centre in Toronto since the 1970s. “You’re going to give it to your mother. It should be from your heart."

DIYers can find inspiration in a book such as Ikebana Unbound: A Modern Approach to the Ancient Japanese Art of Flower Arranging. The instructional volume, which was released in April by popular San Francisco florists Studio Mondine, breaks down the approach in simple, easy-to-follow steps.

Ikebana has been heavily influenced by Buddhism, but as with the religion, there are different schools of thought. Rebecca Cragg teaches ikebana at Camellia Teas in Ottawa and studied flower arranging for seven years in Japan. She tends to stick to ikebana’s ancient past, prizing principles such as only using local, seasonal and unaltered flowers. “When I was learning in Japan, I tried to hand-open some unopened blooms, pulling the petals apart one by one,” she says. “My teacher yelled at me the word ‘virgin!’ In her rudimentary English, she was telling me I was violating – defiling – the flower.”

For midspring, strict seasonality may include peonies. Just not too many. “Try one,” Cragg says. “With a beautiful glass vase and heartfelt note. With just the flower itself, its colour, its height, its connection to the person you’re giving it to are all amplified by the simplicity. The peony might get lost with a bunch of daffodils and greenery and bundled with lots of ribbon.”

If peonies aren’t blooming yet, Cragg suggests searching out something evergreen. “If you can find a pine, great, because pine represents longevity and presumably we want our mothers to live a long time,” she says. In Vancouver, where spring tends to be more lush than in the east, Fairs has done May arrangements with white lilacs from her garden.

Not every ikebana expert is so strict about seasonality. “Traditionally, everything was limited to what was growing nearby,” Arai says. “But then freestyle came in in the 1960s, allowing just about anything – any flowers and containers. Freestyle is especially prevalent now because of how small the world is getting. You can buy tulips year-round. You couldn’t do that before.”

For a freestyle Mother’s Day arrangement, Arai might suggest pink alstroemeria, symbols of friendship and devotion also known as Peruvian lilies, neatly arrayed in a shallow glass dish with a flourish of thin ribbons of steel to add a touch of whimsy. “It’s very pretty,” she says.

Even within freestyle, some of the other ikebana guidelines carry over. The flowers should be well proportioned to the vase, and the vase should be well-made – glass or clay, not cheap plastic. The flowers themselves should be freshly cut, and not overcrowded or put together clumsily.

The act of arranging can even be a gift to the giver, providing a few moments of focus and calm. “Ikebana is very relaxing,” Arai says. “I teach a lot of business people, including men with corporate jobs. It’s so interesting to see them stare so intently at the flowers and get lost in what they are doing.”

As the film industry hits pause, director Atom Egoyan is binge-watching a backlog of shows
May 11, 2020 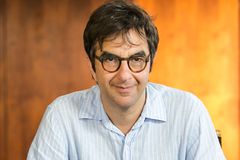 Mat leave in isolation has become a moment to reflect for photographer Caitlin Cronenberg
April 30, 2020 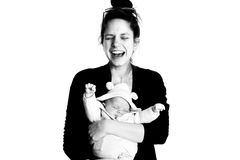 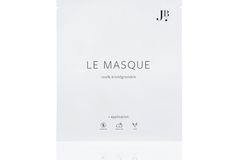