I dreamed I was singing a duet with Adele: "Let the sky fall …"

Snug in my berth aboard the Sunworld IX, I open my eyes to bouncing sunlight reflecting off the water and ricocheting around my cabin. Strangely, even with my eyes open and wide awake, the singing is still there.

When I go on deck to grab a coffee in the main cabin, I realize that a strong wind has arrived with the dawn, and the rigging on this small sailing boat is sighing and whistling and clanking, the inspiration for my dreams.

It is the beginning of a dramatic day on the ocean, exploring the southwestern coast of Turkey, from Bodrum to Gocek, on a gulet cruise with Peter Sommer Travels. A gulet is a boat built locally in Bodrum – a hand-constructed, modern-day interpretation of the ancient sailing boats of fishermen and sponge divers that have plied the waters of the Mediterranean for centuries.

Gulets are elegant craft, with swooping curves and heavy sturdy bodies, built to weather the sometimes unpredictable winds and waves of the Mediterranean. Although built as sailing ships and easily capable of speedy sailing, modern gulets are mostly engine-driven.

Our guide, Serdar, had warned us that there would be rough weather. Yesterday, however, as we hiked up to the lighthouse on Cape Krio and toured the ancient ruins of Knidos under a blue sky, it had seemed a distant possibility. (Knidos was famously the home of the sculptor Praxiteles' statue of Aphrodite. It became one of the world's first big tourist attractions, when people flocked to see the lifelike nude form displayed in its own temple. The statue is presumed to have been destroyed in a fire in what was then Constantinople.)

After our hike, we went for a swim in the warm blue waters of the Aegean, lounged on the sunbeds, sipped cold Efes beer and nibbled on stuffed squash blossoms. We watched as the sun set behind the lighthouse, washing Knidoss' ancient acropolis in golden light.

So this morning's cool and aggressive wind is a shock, despite the advance warning. Instead of an early departure, we hide out in the protected bay at Knidos for most of the day, enjoying a leisurely lunch, catching up on e-mails and reading. We are treated to a cooking class from the onboard chef, Numan. He shows us how to make a dish that I cannot wait to serve at a dinner party, if only for its name: Imam bayildi, which loosely translated means "the Imam fainted." It is roasted eggplant, stuffed with tomatoes, onions and peppers and liberally drizzled with olive oil.

Come late afternoon, as the wind quiets, we leave the sanctuary of the bay to scuttle past the Dodocanese Islands, hugging the shores and aiming for the next protected harbour at Bozburun.

And that's when things get really interesting. The seas swell, darkness falls quickly and then the fireworks start. I have never seen lightning like this. We stand on the deck while the sky above alternates from total black to a network of forked lightning as bright as day. As we pass close to the coastline of the island of Symi, the night air fills with the smell of oregano. It grows wild on the islands and the wind and rain have become saturated with the scent.

As we anchor in a small cove near Bozburun, the wind lessens. Soon after, we are tucked into a long table at Kandil Restaurant in the village, enjoying stuffed calamari, fava beans and grilled bream. We drink Turkish wine and feed tidbits to cats.

I feel as if every one of my senses is supercharged. That is why we travel, isn't it?

Our seven-day trip along the ancient Carian coast is billed as a gastronomic cruise – an exploration of Turkish cuisine – but it hits so many targets.

"If you want to know people, you should eat with them and you should eat what they eat," Serdar tells us. "Food and architecture and history are all connected. Turkish cuisine itself is the result of thousands of years of evolution and influences."

One day we visit a chef, Umin, a specialist in the exotic cooking of the Ottomans, who teaches us how to make an octopus stew in his immaculate kitchen. In the town of Candir, we meet Seher, who shows us how to stuff grape leaves and treats us to lunch in the garden of her hillside home. Her cat, Smoke, eats chicken bones and steals our hearts.

We also hike through pine forests and climb hills to explore ancient fortresses. We visit hillside burial tombs carved into the stone that are similar to Petra, though older.

On top of Cape Krio, we have a René Magritte moment. The Belgian surrealist painter was famous for dreamlike and oddly juxtaposed objects. As we round the lighthouse, we discover a slim metal cabinet (left over from some electrical installation, perhaps) that looks like a door that would open to the clouds. We are startled and entranced by its strangeness.

Our outings include explorations of ruins dating back millennia. For more than 30 years, since his days as a student archaeologist, Serdar has worked on the site of Kaunos, which dates to the fifth century before Christ and was once a wealthy city with two harbours. Serdar's passion and knowledge make it specially memorable. "I unearthed many artifacts, most importantly a very early purple bowl – we drank wine from it as a kind of tribute," he tells us with a smile. The bowl is now in the Bodrum Museum.

We kayak along quiet shorelines and take daily swims, and haggle for bargains from boats that came alongside us, selling scarves, jewellery and fish. There are stops in coastal villages for shopping: I pick up a packet of powdered wild cherry, one of the ingredients for some of the Turkish dishes I intend to make once home.

On one of our hikes, a man carrying lumber to repair his house offers to guide us along the path, and then invites us to tea at his home. We do not have time, but we are touched by his spontaneous, genuine offer. More than gastronomy, more than history, what this journey has revealed is the Turkish national character – generous, hospitable, appreciative and creative.

Peter Sommer Travels conducts gulet cruises and hiking expeditions in Turkey, Greece and Italy. They are small group tours, led primarily by archeologists and historians. The company also offers private charters. All cabins have ensuite bathrooms and are well equipped. Our boat had eight cabins and could sleep up to 20 passengers. Eight-day cruises range from $3,670 to $6,200 a person; petersommer.com.

Getting there: Turkish Airlines (turkishairlines.com) flies direct from Toronto to Istanbul, with connecting flights to Bodrum and Gocek. If you have the opportunity, visit the new Turkish Airlines business class lounge in Ataturk Airport. It features a music video room with dim lighting, deep leather seats and earphones. There is also a children's playroom.

Where to stay: Both Gocek and Bodrum have an abundance of good hotels and restaurants and warrant an extra day or two before or after your cruise. The Kempinski Hotel Barbaros Bay is home to beautiful pools with an infinity edge that looks over the Aegean and its yachts. The hotel is a 25-minute drive from Bodrum, but you can easily catch a bus into town, or staff will drive you in one of the property's Porsche Cayennes. Rooms from $175 a night (kempinski.com).

The writer was a guest of Peter Sommer Travels and the Kempinski Barbaros Bay. Neither reviewed or approved this article. 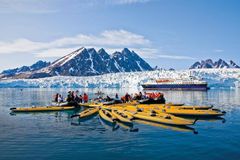 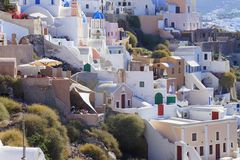 I want to take the kids on an educational cruise. Any ideas?
February 25, 2011
Follow us on Twitter @globeandmail Opens in a new window
Report an error Editorial code of conduct
Due to technical reasons, we have temporarily removed commenting from our articles. We hope to have this fixed soon. Thank you for your patience. If you are looking to give feedback on our new site, please send it along to feedback@globeandmail.com. If you want to write a letter to the editor, please forward to letters@globeandmail.com.
Comments