“Hi sister, where are you from?” a young local calls out to me.

It’s not the first time. On the streets of Port Elizabeth, in Bequia, I stand out. The constant raising and snapping of photos on my iPhone a dead giveaway that I’m a tourist.

“Canada,” I call back as I continue on my way.

About an hour later, as I’m making my way down one of the side streets, I see him again – this time walking with friends. He waves as if we’re old pals, before telling me about the dance club that will be a hot spot tonight. As I leave, he smiles and offers, “see you soon.”

He’s not wrong. Bequia is a small island – 18 square kilometres to be precise – and Port Elizabeth is its only town. In the few hours I spend exploring the harbourfront, sipping a cold drink on the covered deck of a coffee shop and perusing handmade earrings, I’ll see my new friend at least a half dozen times.

What I won’t see is hundreds of tourists.

It’s a surreal experience, and it’s one of the reasons I wanted to see this place for myself.

Bequia (rhymes with “sashay”) is one of 32 islands and cays that make up St. Vincent and the Grenadines. People don’t come here because its cheap or easy. They come because it’s hard and exclusive.

But unlike some of the minimalist, Miami Beach-esque islands that surround it, Bequia – located about 180 kilometres west of Barbados and 16 kilometres south of St. Vincent – feels Old World Caribbean. Goats outnumber people, you won’t find any of the chain restaurants you’re used to and while hotels offer meal-plan options, they aren’t exactly all-inclusive.

Locals can trace their history back to Amerindians, who came to the islands on dugout canoes; Caribs who followed; French and British occupiers and even Blackbeard the pirate. Sugar and cotton plantations, as well as traditional hunting and shipbuilding have all supported islanders over the years, but today tourism plays a key role in sustaining the roughly 5,000 locals who call it home.

Still, the island seems to have managed to avoid the over-tourism that plagues so many of its neighbours. There’s no question that cruise ship dollars and increasing tourist numbers have offered poorer countries incredible economic benefits. But, in return, they often find themselves catering to the masses with whitewashed experiences that share little of their island’s essence. Local culture gets overshadowed by canned Bob Marley tunes and omelette stations (without a hint of local ingredients) as everyone heads to the same island resorts year after year.

These days, it's not uncommon to flee a Canadian winter, only to end up in a place that, thanks to its popularity, feels like a warmer version of home.

Smaller islands, such as those in the Grenadines, are finding their calling in offering niche, authentic opportunities for the jaded among us. Places where you experience the island as it is, quirks and all.

It helps that there are no direct flights here. Guests have had to arrive from St. Vincent or Barbados – either on a 45-minute hop-over flight or hour-long ferry – or settle for a short stopover on one of the cruise lines that frequent the area.

As long as there is no ship in port, the streets, I’m told, are much as I’ve found them today – filled with locals out doing their shopping, relaxing in open air street-facing cafés and chatting. It’s a community that hasn’t been created for tourists. They are here, whether you are or not.

It’s one of the things that drew Bengt Mortstedt, a Swedish entrepreneur to the island in the first place.

At the time, he was looking for a good retirement spot. When he saw the beach on Friendship Bay on a sailing trip, plans changed. Instead of the family villa he had initially planned, he built a 12-room bed and breakfast between the trees in 2009. And then that quickly morphed into something bigger. Mortstedt became the island’s largest employer, hiring locals to help run his now 57-room offering, despite having no hotelier experience.

Today, the Bequia Beach Hotel offers a vintage respite on the edge of the Atlantic in Friendship Bay where mainly repeat, in-the-know clientele tuck in for a week or more at a time. Mortstedt is very much a part of the place, though you’d be hard-pressed to pick him out from the guests – a mix of Europeans, Canadians and Americans – relaxing on the outdoor breakfast veranda.

That kind of interaction is par for the course on the island. There’s nowhere, outside of churchgoers on Sunday, where I see anyone dressed in anything fancier than a collared T-shirt and pressed shorts, and most of those are tourists.

But the island offers more than a chance for casual days.

Because tourism has yet to completely overthrow all the local industries, they continue to thrive. At market stalls in town you’ll find handmade caftans and tunics from the local ladies at Bequia Threadworks – a social enterprise that launched last year. Fruit stand sellers chat easily among themselves and only stop to throw a compliment or two your way.

The community also holds strong to some of the traditions that tourists may be uncomfortable with. A whaling tradition that dates back centuries is revived each Easter when locals set out to catch a whale in the waters off the island’s shores. Once caught, the whale is brought out to Sample Cay where the meat, a local delicacy, is shared. The practice is limited and sanctioned by the International Whaling Commission, and arguably the biggest celebration of the year.

It’s hard to imagine the festivities that would surround that event tonight. Twinkling multicoloured lights overhead cast a low glow over an open dance floor at the hotel bar. Cool rum drinks are passed around through the warm night air and the sound of laughter and soft whispers come from around the open air veranda. As the classic lovers’ rock reggae starts to play, it is clear that the island has taken hold of the room.

In the end, I never manage to accept the nightclub invitation, opting to sway to the beach rhythms instead. At night, I fall asleep with balcony doors open, the sound of the waves crashing against the beach and the feeling that I’ve secured my own piece of paradise far from the madding crowds.

The writer travelled as a guest of Bequia Beach Hotel. The organization neither reviewed nor approved this article.

How to get there: The island of Bequia is reached via Barbados, St. Lucia or St. Vincent – all of which have daily connections from North America. Several airlift options serve Bequia with daily island-hopping flights and longer ferry options are also available.

Bequia Air, which has a nine-seater Beechcraft King Air B200, is available for private flights on demand in the Caribbean and exclusively to guests of Bequia Beach Hotel who choose the VIP Transfer add-on package (US$649 a person round-trip, or US$399 one-way).

Room Rates: Rooms at Bequia Beach Hotel start at US$265 (double occupancy and including breakfast) in the summer season, which runs until Dec. 19. Over the holidays expect rates that start at US$400. bequiabeach.com

Explore: Check out the Belmont Walkway that leads to Princess Margaret Beach. The easy walking route from town offers a great way to take in the communities along the coast while stretching your legs. Jack’s Beach Bar restaurant, with its French Riviera-like colours and hillside perch, offers an option for a bit of socializing before returning to your quiet paradise.

Splurge: The affable Captain Paul Bowring is part of a crew of six that turn the Star of the Sea – a 34-metre yacht – into a well-served home on the water. Available for up to 14-day charters, the six-bedroom yacht travels the Southern Caribbean at your leisure. (Expect to pay at least US$5,000 a day, without fuel or food, for the privilege). 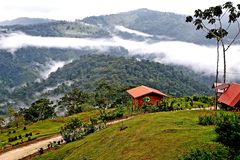 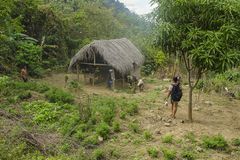 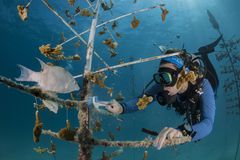