It took a long time to deliver a hotel fashioned on Charlie Chaplin’s oeuvre, but in the end they got it right: This spectacular modernist building snakes away from the Vevey-Lausanne highway like a perforated film strip in black, white and sepia tones. Built to draw the visitors to the newly opened Chaplin’s World nearby, the interior unsurprisingly focuses on the Swiss Riviera’s most famous resident: a sculpture of the giant gears from Modern Times (the film) hangs by the entrance; movie clips are projected on a screen by the reception; photographs from the Chaplin family vaults decorate the bar; and a 19th-century motion-picture contraption called the Mutoscope stands at the foyer. 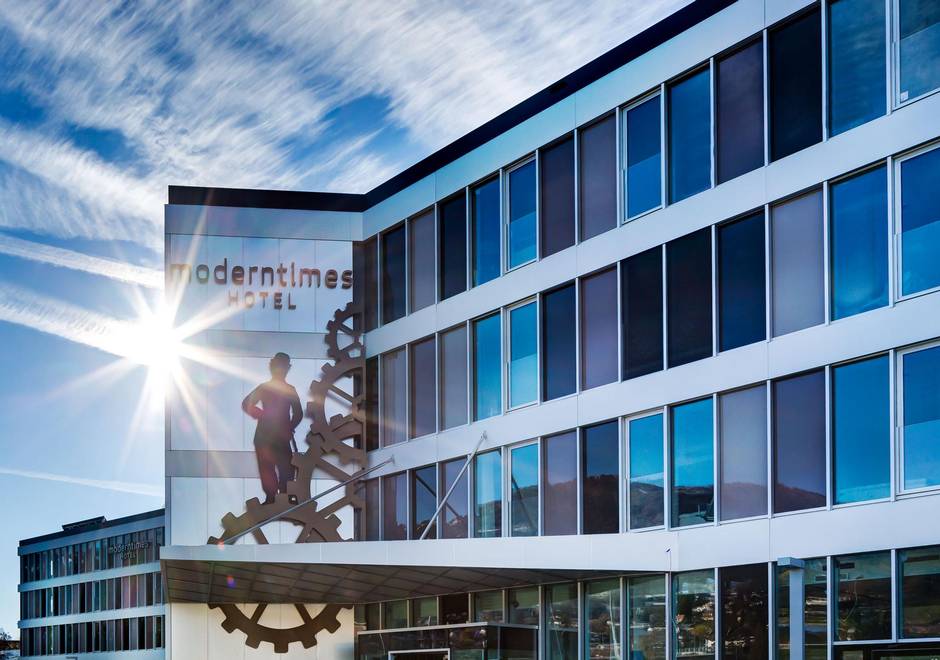 The hotel is a five-minute walk from a twee, stop-on-demand train to Vevey itself, a town combining chocolate-box charm with ethereal elegance. (Handout)

At the outskirts of Vevey on the shores of Lake Geneva, the greenfield site looks as though it’s been picked to appeal to the maximum number of guests. It’s just off a highway roundabout, but also a five-minute walk from a twee, stop-on-demand train to Vevey itself, a town combining chocolate-box charm with ethereal elegance. A free transport card comes courtesy of the hotel. 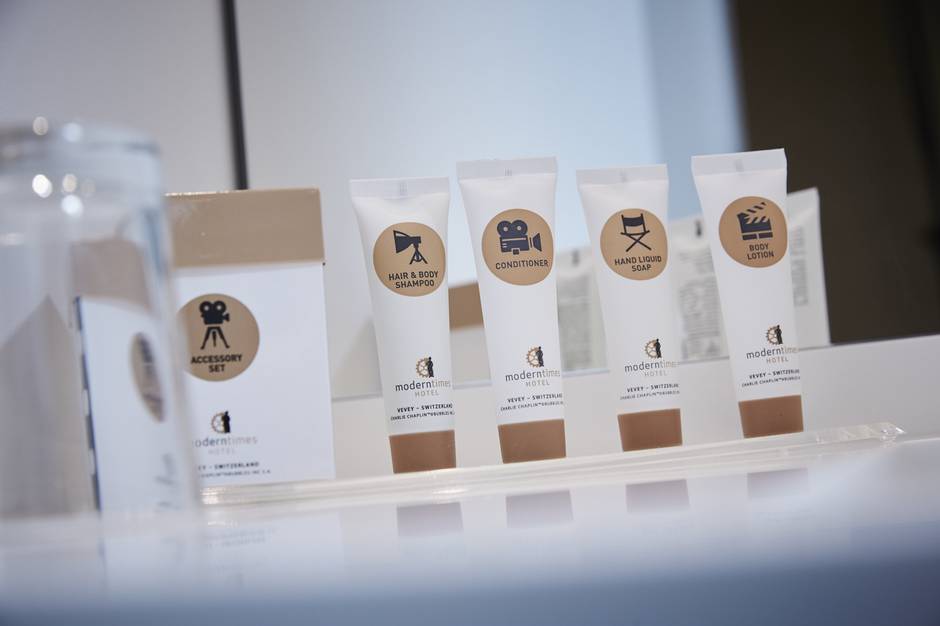 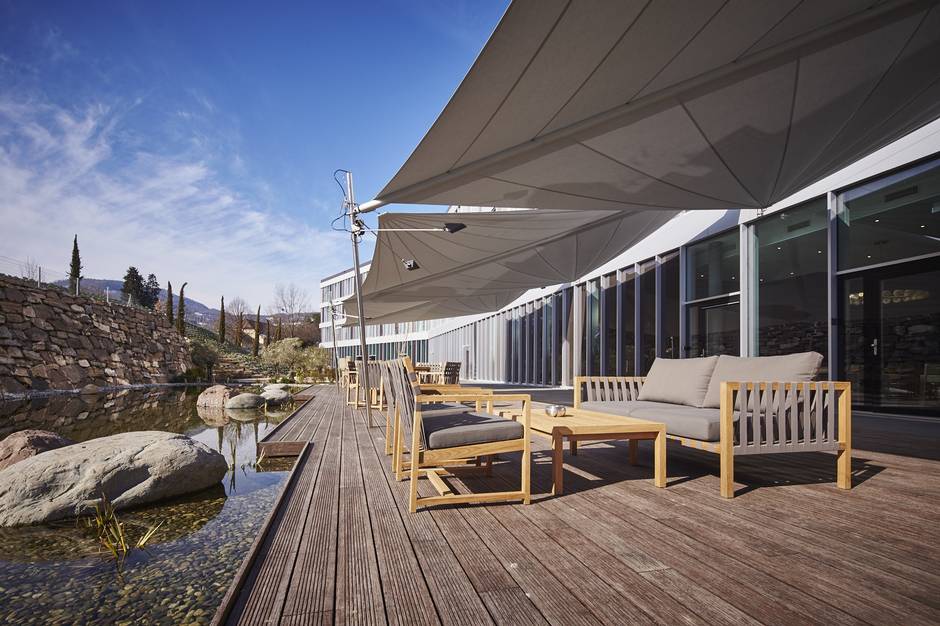 As this is Switzerland, the water comes straight from a natural reservoir inside the peak rising behind the hotel.

You can fill your own jug with mineral water from a common tap on every floor, a refreshing reminder that Evian village lies in the opposite bank. Such indulgence doesn’t extend to the bathroom, though: No, you can’t use alpine water to shower with or to flush the toilet – that comes from the normal grid. 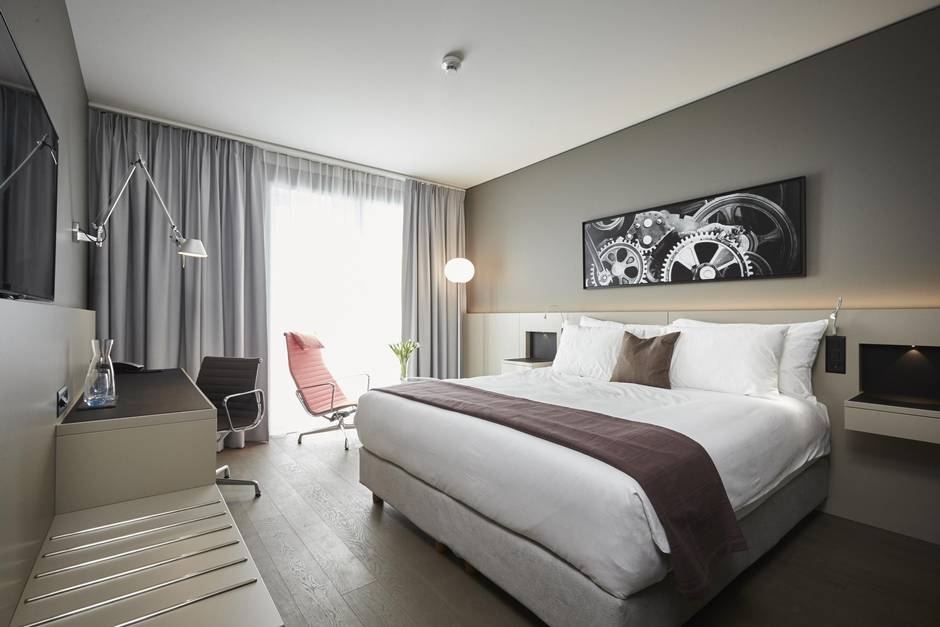 The Nestle headquarters are one kilometre south and Chaplin’s World an equal distance north, so it’s a mixture. In the early morning the breakfast tables are full of men in stiff-collared white shirts, sensible ties, blue suits and black shiny shoes alongside perfectly coiffed power-dressed poker-faced women. When they leave, they are replaced with the Chaplin fans: gregarious couples old enough to have attended his film premieres in person and families with well-behaved children who tiptoe around so silently that you bump into them if you but take a small step back to avoid the splatter from the espresso machine. The two tribes mix uneasily over dinner but any awkwardness is short-lived and they go their respective ways – to the bar or to bed – by 8 p.m. 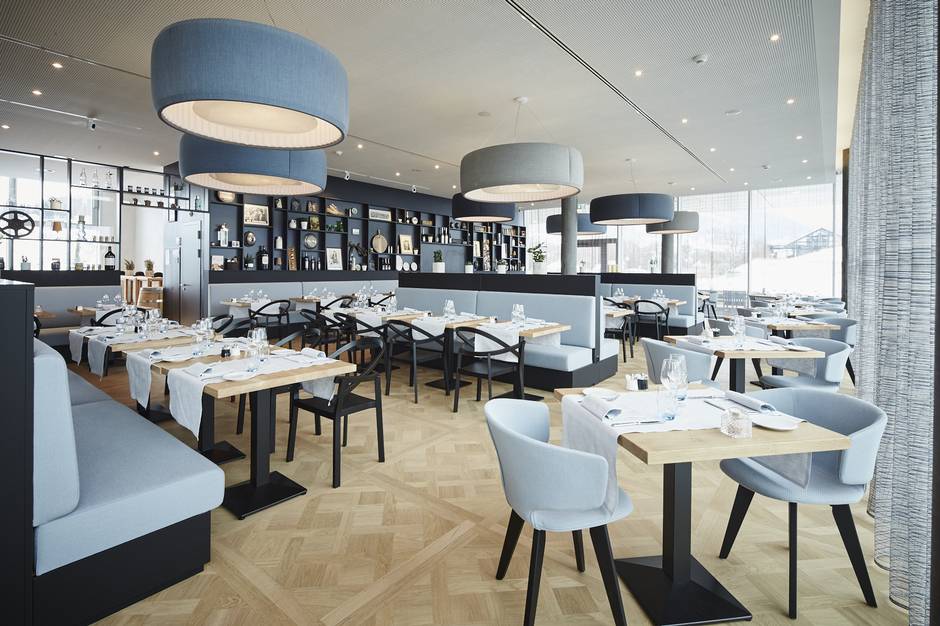 Buttoned up waiters and waitresses wear 1920s suits and ties at the hotel's grill restaurant. (Handout)

Modern Times is proud of its grill restaurant with good reason. Chaplin would certainly have approved of the decor: lamps like large round buttons loom low from the ceiling dwarfing the diners like the machines in the eponymous film. Buttoned up waiters and waitresses wear 1920s suits and ties, while the chairs and tables are upholstered in that dusty grey that passes for white in black-and-white movies. 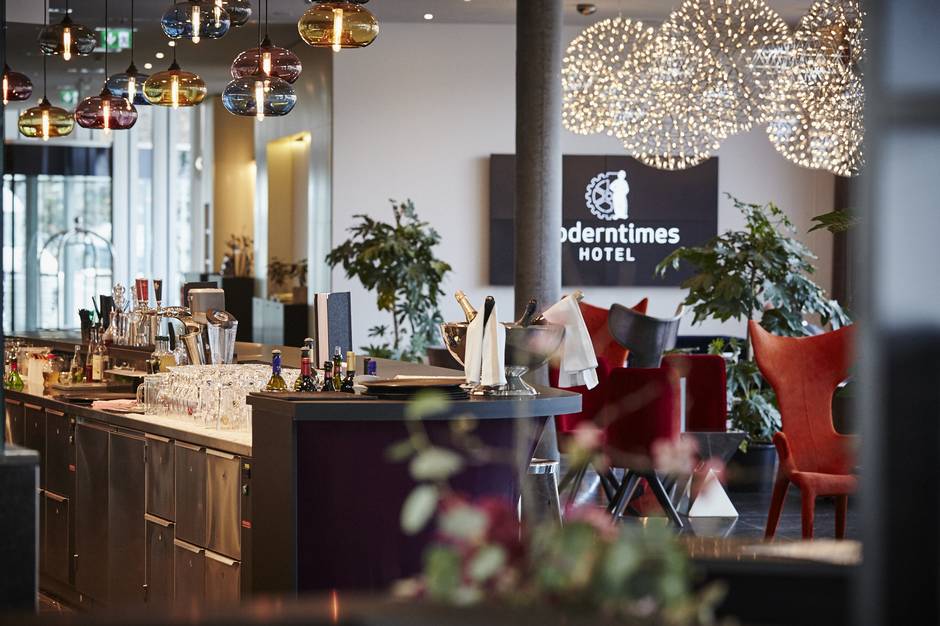 However, it is carnivores who will fully appreciate the restaurant that makes a big deal of its meat cuts seen ripening on the bone in an open glass fridge. I go for a burger and am immediately handed a picture leaflet describing four levels of doneness, all of which look to me as rare, rare, rare and medium rare. The burger is served with frites wrapped in a mock Daily Express newspaper from 1936 – the year Modern Times was released, a nice touch – and a weighty steak knife modelled on the one slashing into Janet Leigh in the Psycho shower scene. It unsettles me so much that I wipe the handle with the napkin afterward so as not to leave any fingerprints. It all tastes exquisitely but a starter, a burger, plus a large glass of pinot noir will set you back $60. Still, the cow was probably slaughtered on that Alp I can see far away – with this very same knife. 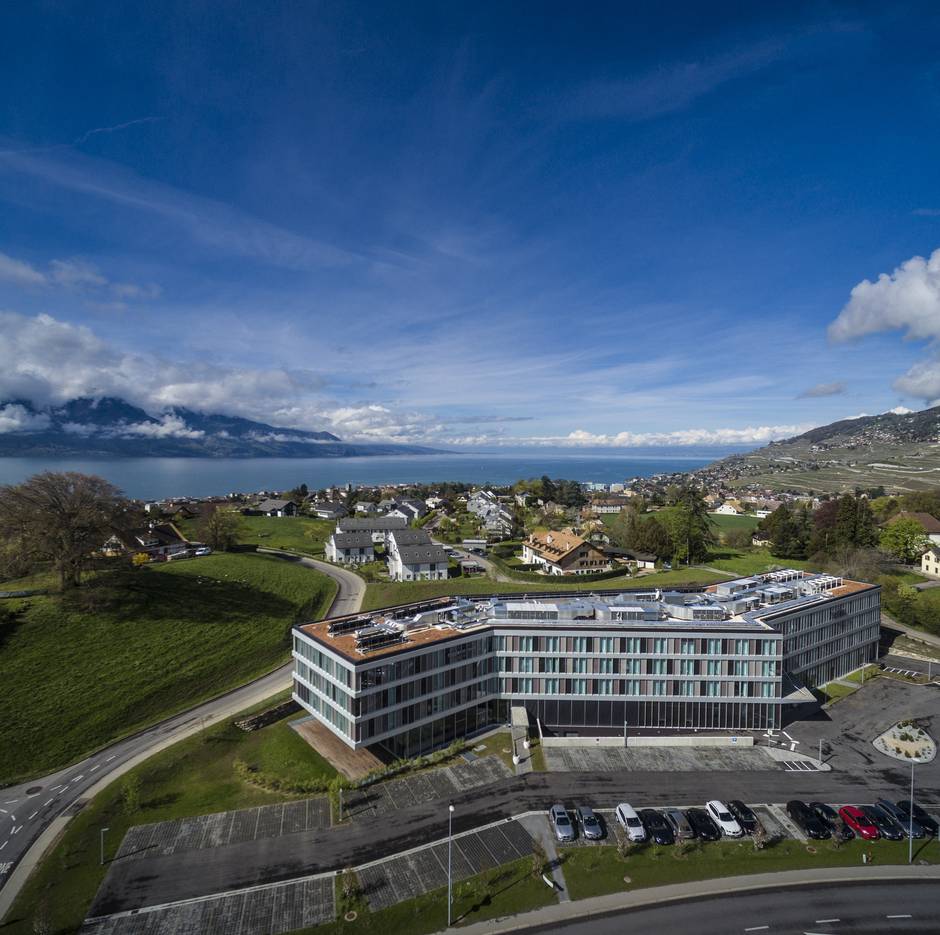