This is not the mythical site of the foiled break-in that set in motion Richard Nixon’s downfall. That happened in the offices next door. But the entire Watergate complex has a bygone vibe. The interlocking curves of concrete, built in the 1960s to a then-radical Italian design, now glint sepia in the sun. Permanent residents wear Chanel and Betty Ford bouffants, terriers peeping out from their tote bags. And for intrigue, there are regular motorcades screaming down Virginia Avenue. The hotel languished empty for years until Euro Capital bought it for $45-million (U.S.), then invested $125-million in a top-to-toe reno. Now it’s the favoured flophouse for movers, shakers and sheiks. 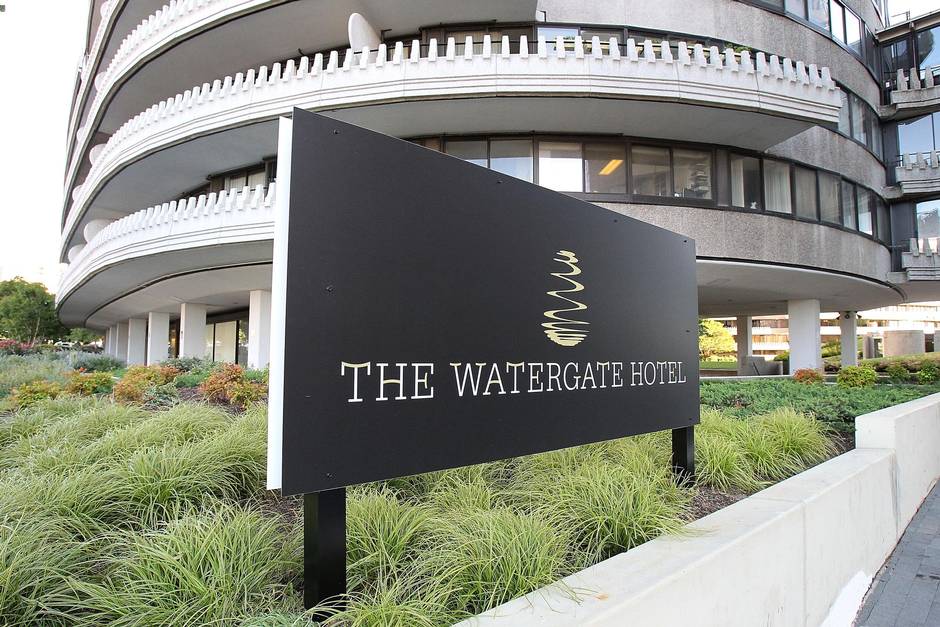 The charismatic designer Ron Arad swooped in for the refurb, crafting a sinuous layout that echoes the curves of the exterior. He called in Austrian artisans to build the wood-slat walls and imprinted a ripple effect in the granite floors that nods to the Potomac River running just outside. And for the ground-floor Next Whisky Bar (named for the Doors song), Arad designed 2,500 bespoke spirit bottles – they’re anchored into an LED-lit wall that spirals around a secluded lounge. 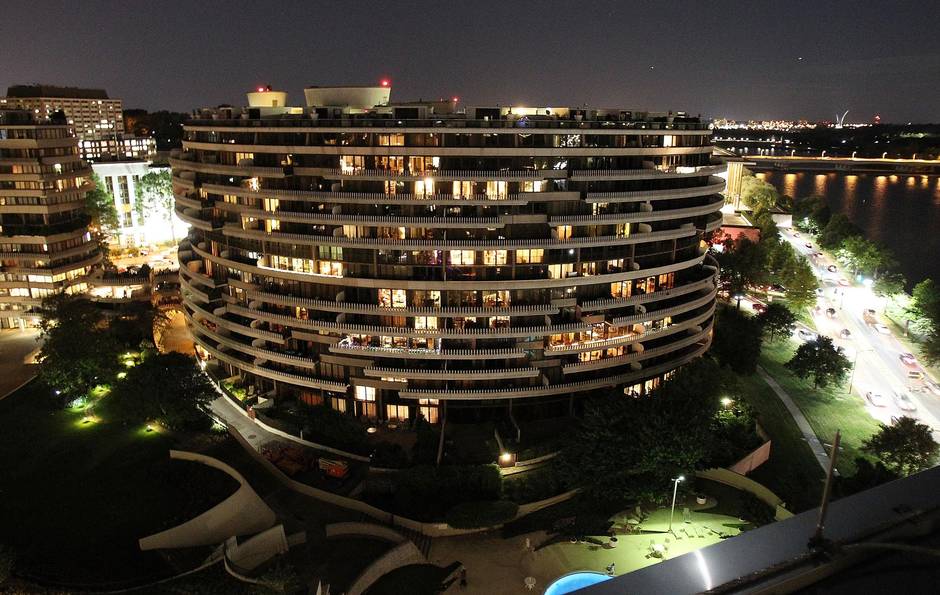 If you’re not in town for a performance at the Kennedy Center across the road, you won’t see much of a point in staying out here on the highway edge of Foggy Bottom. Since the Watergate’s early heyday, the social scene has radiated outward northeast and southeast. Even Georgetown requires a taxi. 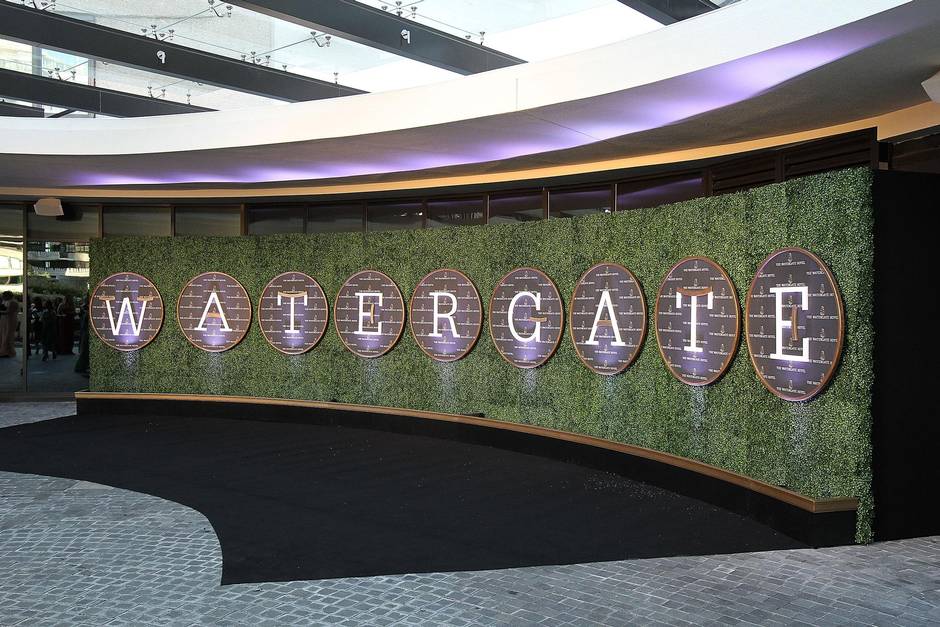 Soignée socialites air kiss before settling into the sexy red booths at Kingbird, the in-house restaurant. But the only folks left at the end of the night are the Euro suits staying upstairs. Your best bet for actual human interaction is the library, a long, windowed space where designer Patricia Urquiola’s tufted seating for Moroso (the manufacturer of pretty much every piece of furniture on display) is arranged in cozy clusters. 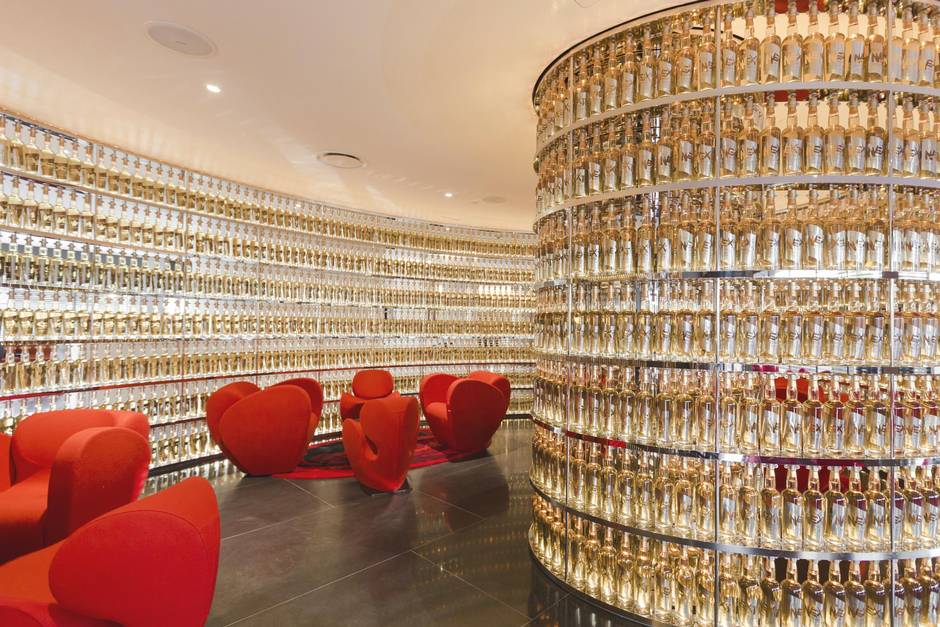 The ground-floor Next Whiskey Bar. (Handout)

Stay in. The Watergate name will draw in Washingtonians for some time, so you’ll be in excellent company. Let’s just hope Kingbird chef Michael Santoro can live up to the hype with his reasonable-sounding $78 four-course French tasting menu (not open during my visit). Santoro does a less formal menu on the casual side of the dining room, but make no decisions until you’ve seen Top of the Gate, a 15th-storey rooftop lounge that hawks the Asian street food du jour with shockingly good views upriver and down the Mall. 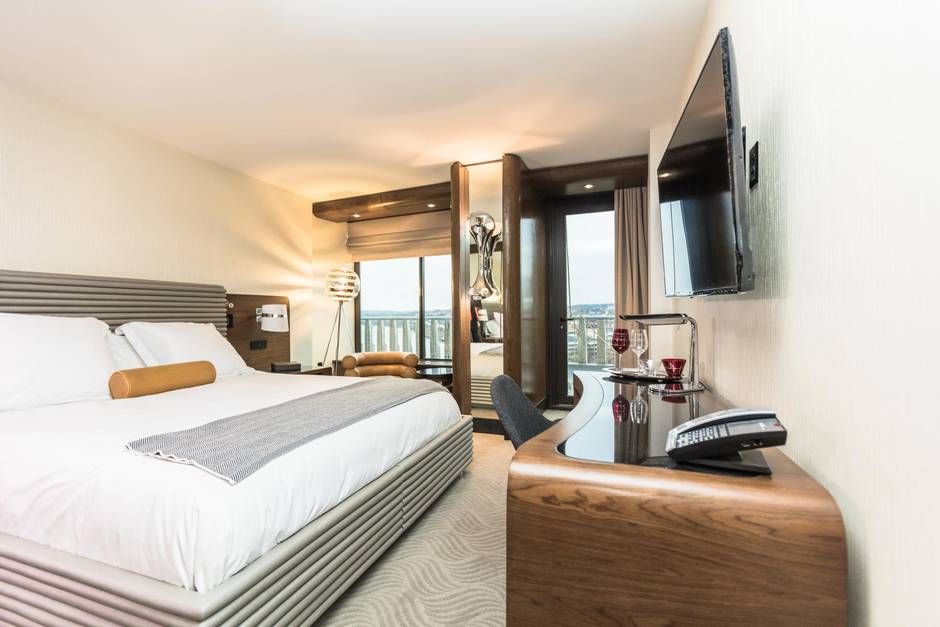 The greige bedroom decor fails to capitalize on the hotel's historical connections. (Handout)

Arad and Urquiola are prestige names, but even they can’t keep the Watergate from seeming generic. Even mid-range boutique hotels now have marble bathrooms and wireless streaming. What they don’t have is the most enthralling political scandal of the 20th century to fall back on. So why hasn’t the Watergate done more to capitalize on it? Apparently you’ll hear the voice of Richard Nixon if you call out on a landline, or use the public bathroom. Otherwise, he’s nowhere to be found. If the hotel at least acknowledged the elephant in the room, the greige bedroom decor and off-the-rack furnishings would be forgiven. 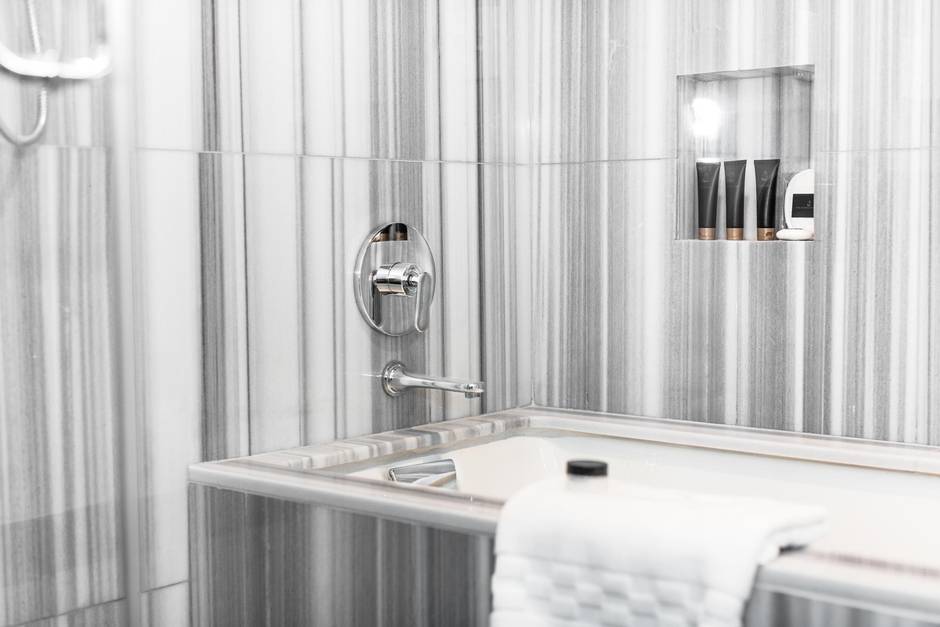 A bathtub in a guestroom of The Watergate Hotel. (Handout)

The original saltwater pool. It was the first indoor pool in the city, now resurfaced and part of the new 24-hour spa.

An earlier version of this article incorrectly said the guestroom robes were designed by Janie Bryant.