After meeting in Bonn, Germany, the United Nations Educational, Scientific and Cultural Organization, or UNESCO, has named more than dozen new sites to its World Heritage list in recent days.

Sites – which can be of cultural or natural significance – must be deemed by the committee (comprised of 21 UNESCO member states) to be of “outstanding universal value” and meet one of 10 criteria. Being named to the list often results in increased tourism to the location, and also increased protection efforts and funding, to ensure it can be enjoyed for generations to come.

This year’s honorees include some well-known tourist destinations – and some relatively unknown spots worth a visit. A few examples: 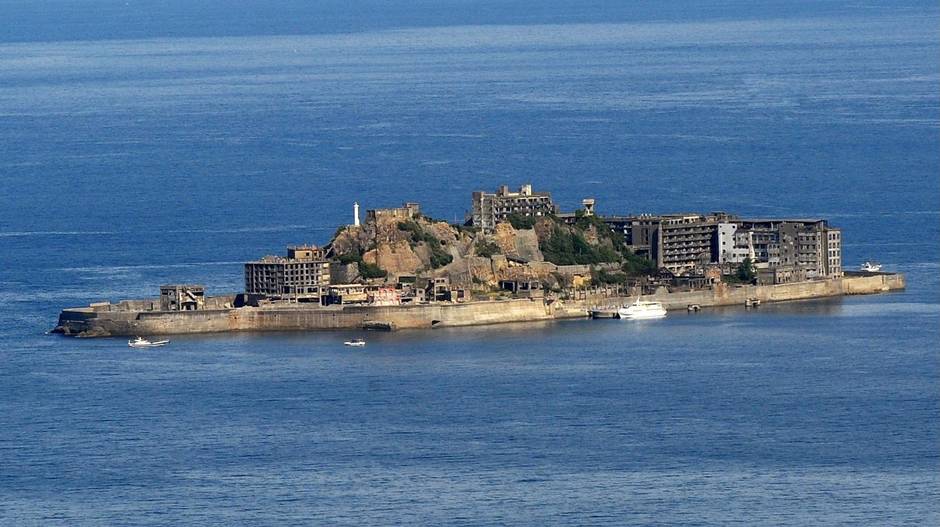 Japan had applied to list Gunkanjima, or Battleship Island, as a world heritage location along with almost two dozen other sites to illustrate the country’s industrial revolution during the 19th century. Until recently, Seoul had objected to the listing unless the role of Korean prisoners forced to work there during World War II was formally recognized. The two countries sparred over the issue for weeks but eventually reached a compromise that finessed the issue, but is unlikely to entirely finish it. 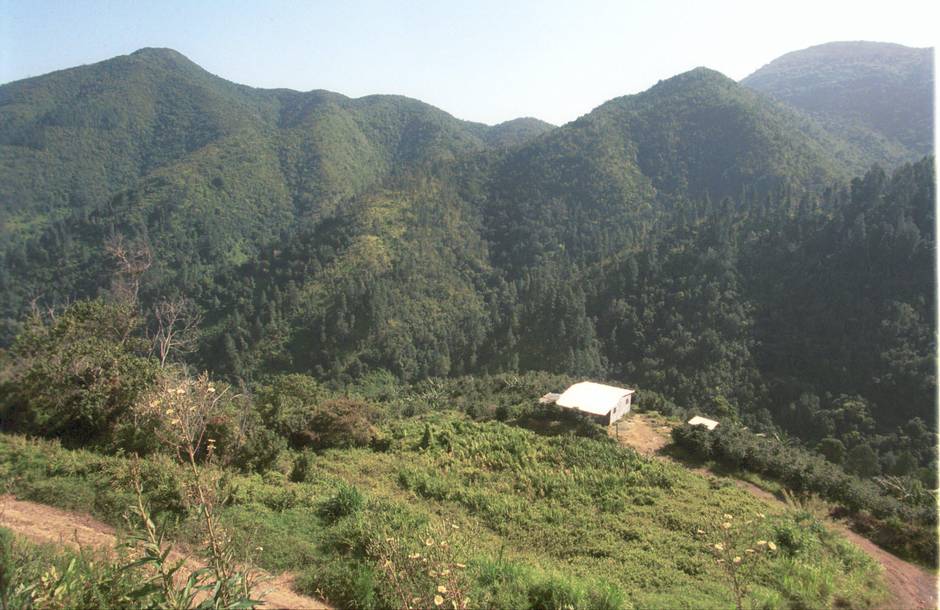 Jamaica’s lush Blue and John Crow Mountains are the island’s first UNESCO World Heritage site. The mountains are part of a national park in eastern Jamaica and boast the island’s highest peak. They also are home to the Moore Town Maroons, descendants of escaped slaves who joined an autonomous African community during the colonial era, and the source of Blue Mountain coffee, some of the most expensive in the world. -Associated Press 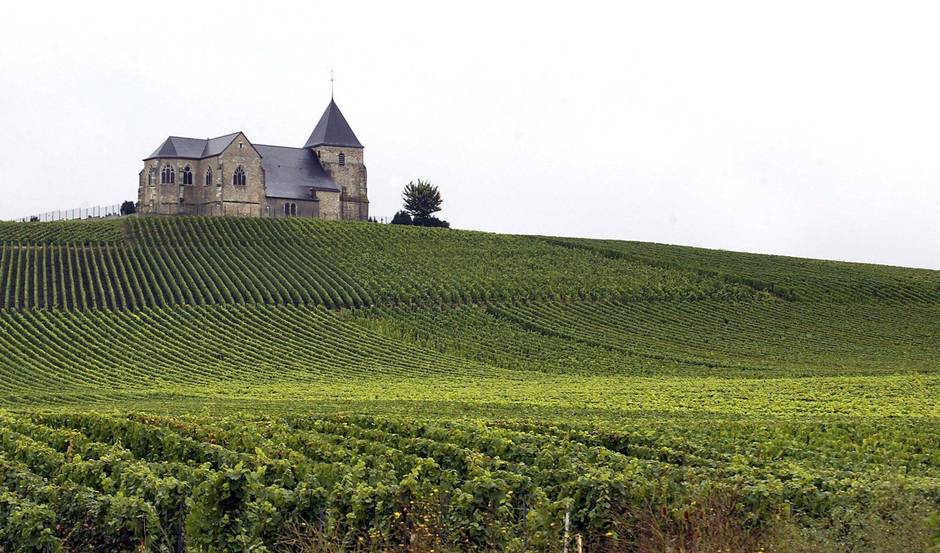 In Champagne, the method of producing sparkling wines was developed in the early 17th century. The recognized area includes the vineyards of Hautvillers, Aý and Mareuil-sur-Aý, Saint-Nicaise Hill in Reims, and the Avenue de Champagne and Fort Chabrol in Epernay, as well as production sites, underground cellars, and the sales and distribution centres, or Champagne Houses. -Reuters 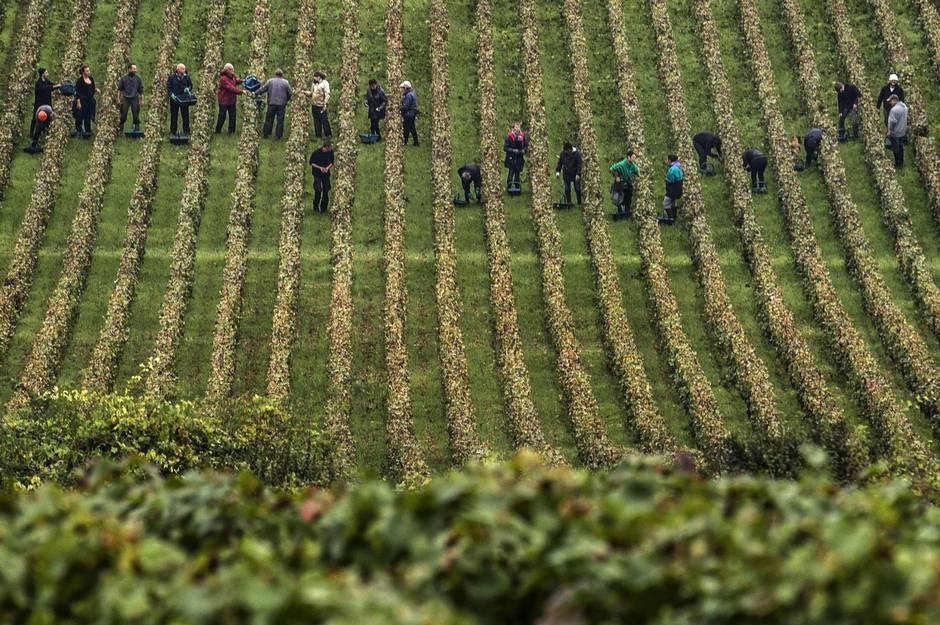 The Climats are vineyards on the slopes of the Côte de Nuits and the Côte de Beaune south of the city of Dijon. “The site is an outstanding example of grape cultivation and wine production developed since the High Middle Ages,” UNESCO said. France now has 41 sites on the World Heritage list, including two other wine-making regions, Saint Emilion and Bordeaux. -Reuters 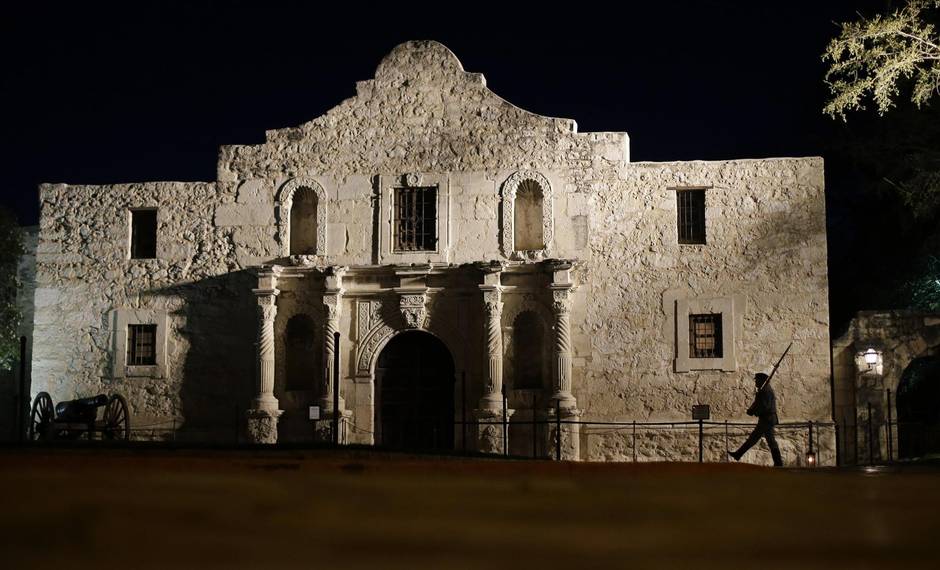 The San Antonio Missions are five Spanish Roman Catholic sites built in the 18th century in and around what is now the city of San Antonio. Spain used the missions to convert indigenous people to Catholicism and make them Spanish subjects. The best known of the missions is the Alamo, site of the 1836 battle. 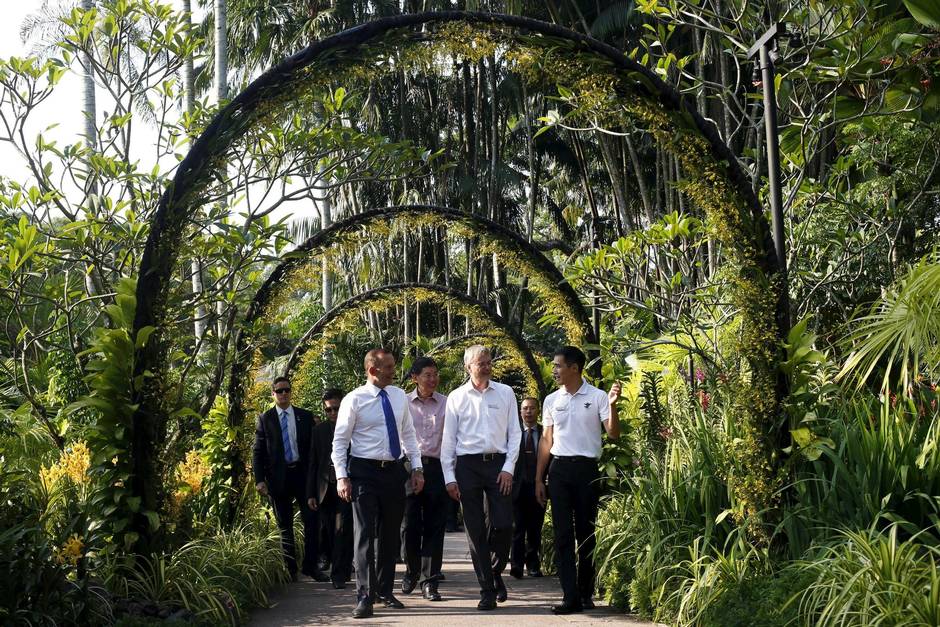 Singapore’s Botanical Gardens were created in 1859 and have since become a world-class conservation and research site, as well as a major tourist attraction for the city state. Recent notable visitors include Australia's Prime Minister Tony Abbott (above, left). When Kate, Duchess of Cambridge, and Prince William visited during a 2012 tour, a hybrid orchid was named in their honour. 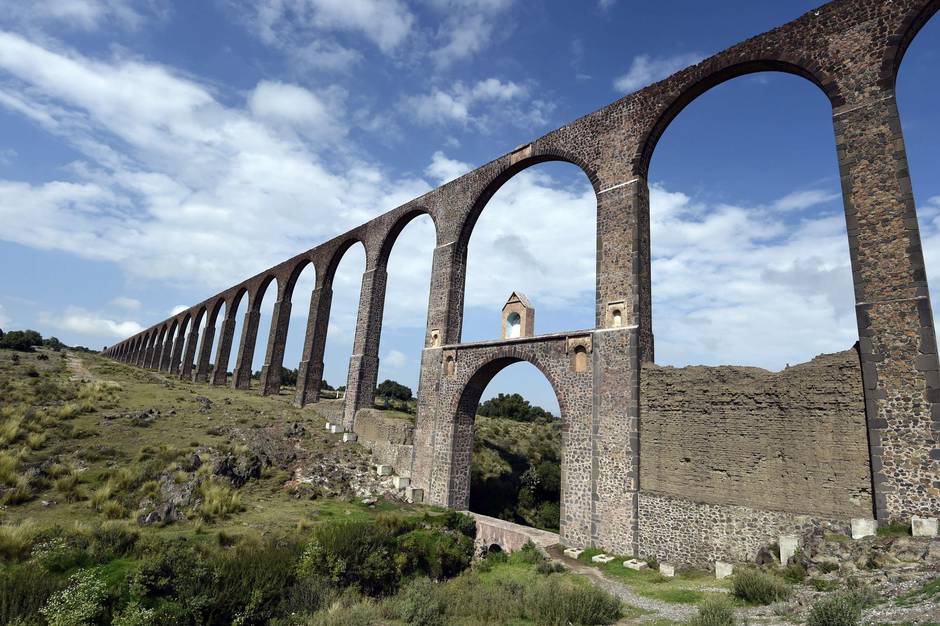 The aqueduct of Tembleque in Hidalgo State, Mexico was constructed between 1541 and 1557. It was designed by Franciscan friar Francisco de Tembleque and constructed with help from the local indigenous people. 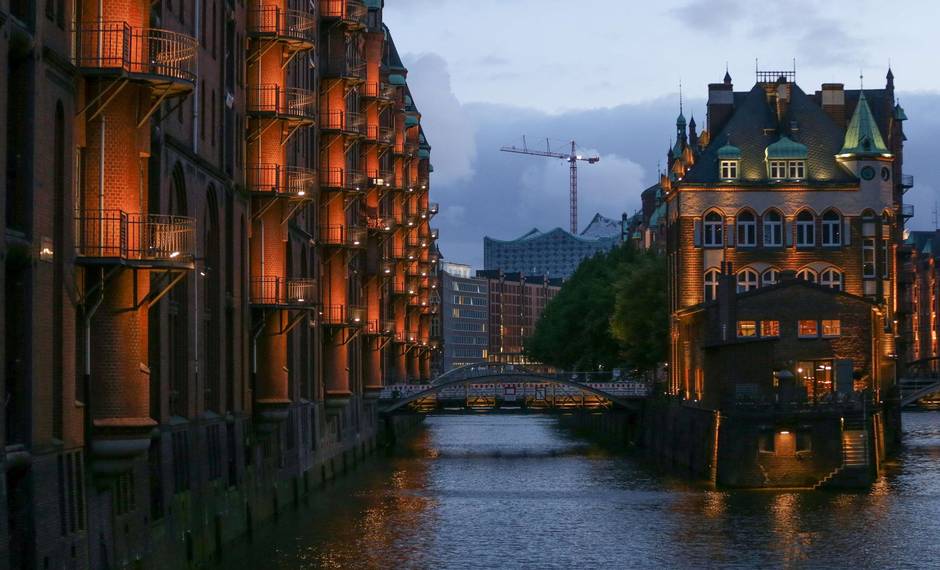 Hamburg’s Speicherstadt district is a vast complex of red-brick warehouses built between 1883 and 1927 in Germany’s biggest port. It is considered the world’s largest continuous warehouse complex, comprising 17 buildings and extending over 25 hectares. “The district’s uniqueness becomes even more evident when comparing it to maritime warehouse complexes and other early 20th century modern office ensembles in cities around the world,” said Hamburg’s first mayor Olaf Scholz. 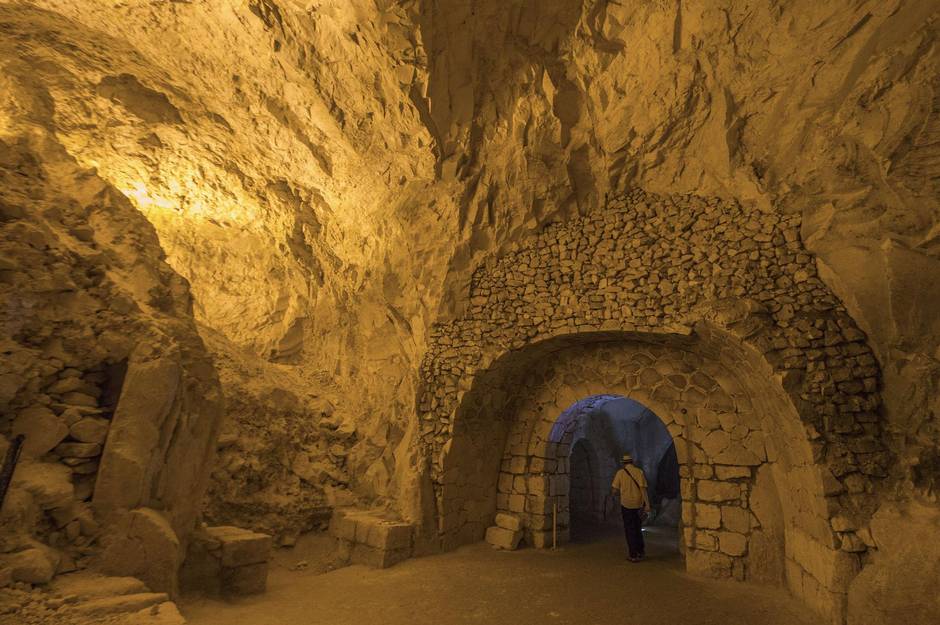 Necropolis of Bet She’arim: A Landmark of Jewish Renewal, Israel

The Necropolis of Beth She’arim, a series of catacombs, was built from the 2nd century B.C. onward as a Jewish burial place. Located southeast of Haifa, Israel, the site features inscriptions in Greek, Aramaic and Hebrew. 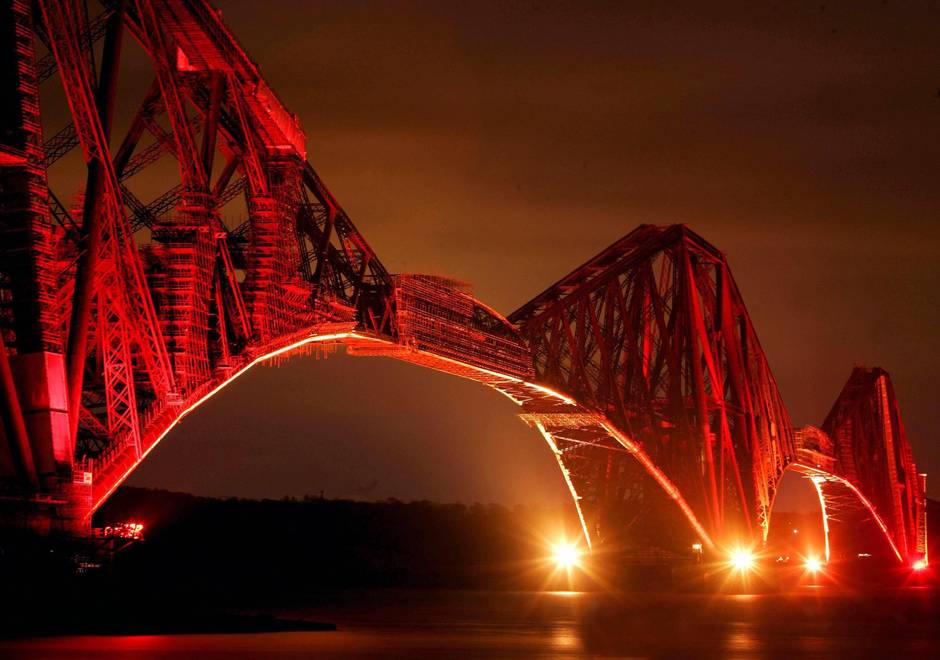 The Forth Bridge, Scotland

Scotland’s Forth Bridge, completed in 1890 to carry trains over the Forth River and still in use today. “Innovative in style, materials and scale, the Forth Bridge is an important milestone in bridge design and construction during the period when railways came to dominate long-distance land travel,” UNESCO stated. 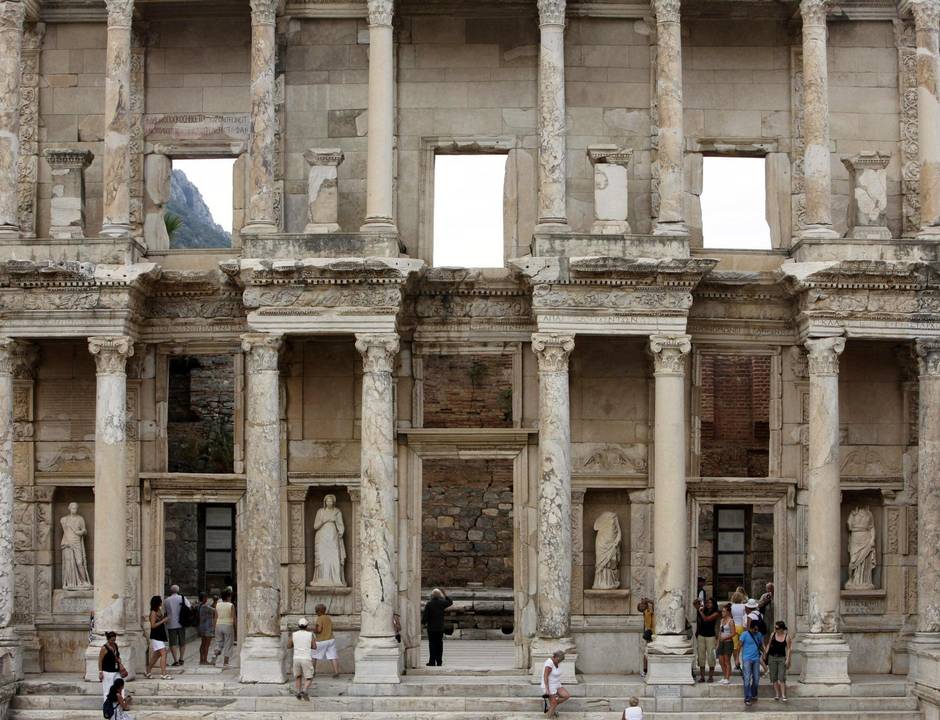 The ancient settlement of Ephesus near Turkey’s western coastal city of Izmir, already a major tourist attraction, becomes Turkey first site on the list. The ruins of Hellenistic and Roman settlements include an amphitheatre and a library dating back to 135 AD.