When John Diefenbaker terminated the dream-big RCAF project to build a supersonic jet that could intercept nuclear-armed Russian bombers in the Arctic battle zone, 14,500 Canadians immediately lost their jobs. The Avro Arrow lives on in legend as a prize example of what this modest, middling country could achieve if only its imagination and budget were unbounded – besides stopping the Soviet Bear in its tracks, the Arrow was a model of ingenuity and elegance, streamlined form fitted to the urgency of the interceptor’s high-speed, high-altitude function. The Arrow may have been beyond state-of-the-art, but unfortunately the Cold War’s strategic priorities altered during its troubled 10-year gestation. By 1959, long-range missiles were the order of the day, for attack and response. The Arrow became a frill, and a modest country turned elsewhere for its needs. 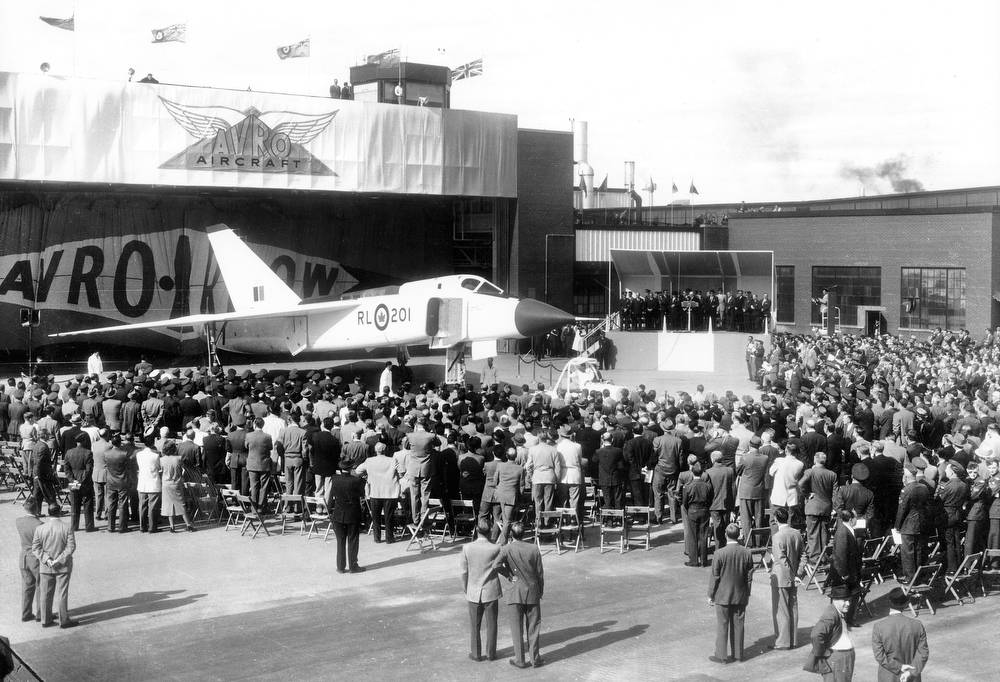 The supersonic Avro Arrow is rolled out of its hangar at A. V. Roe Canada's plant in Malton, Ontario, Oct. 4, 1957. (Harold Robinson/The Globe and Mail) 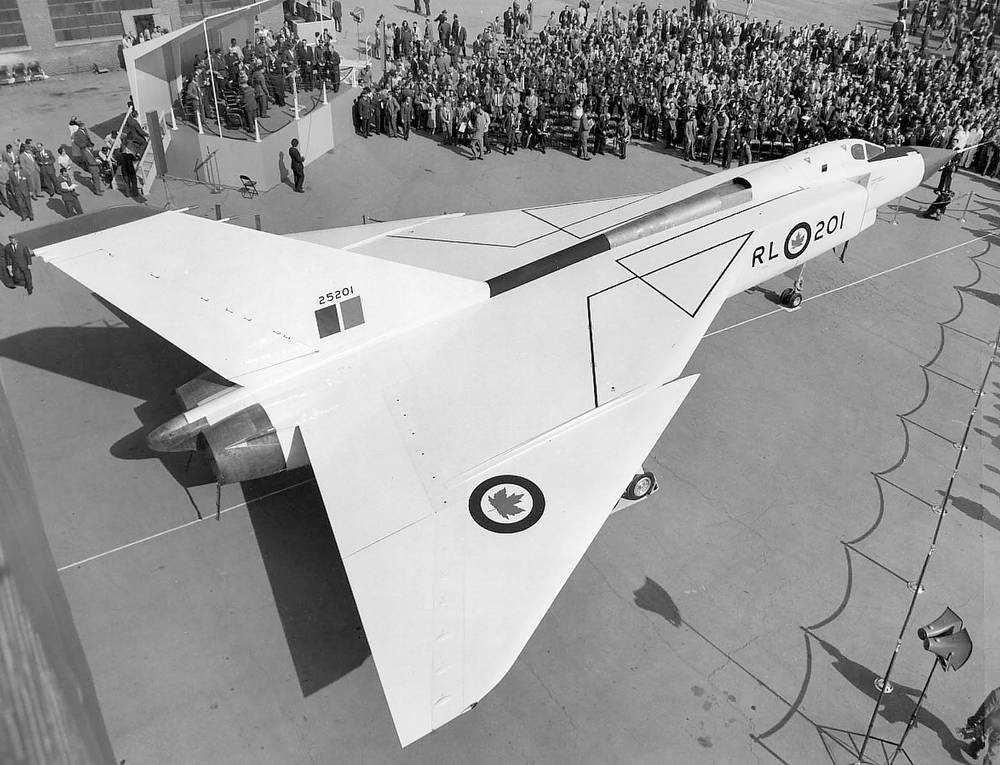 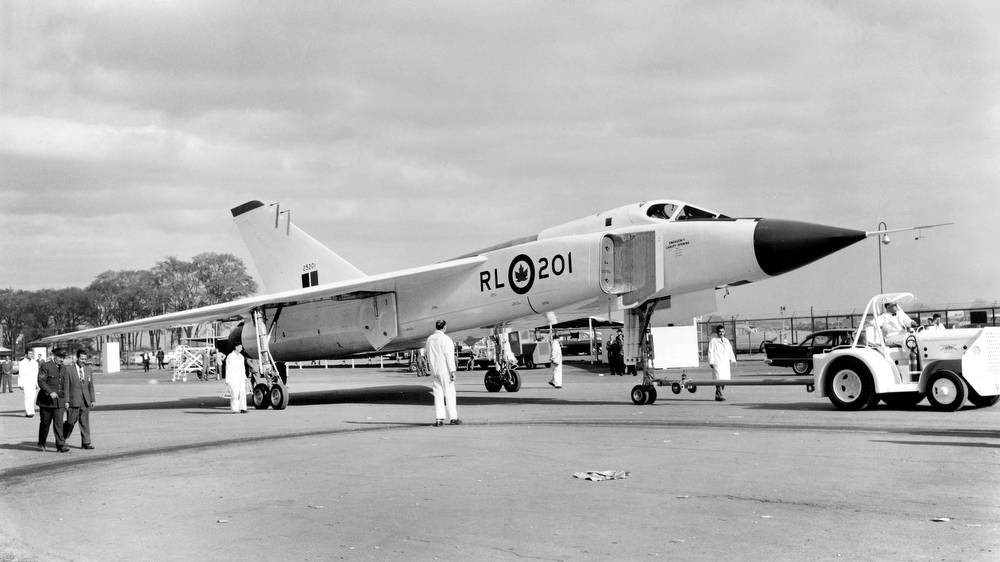 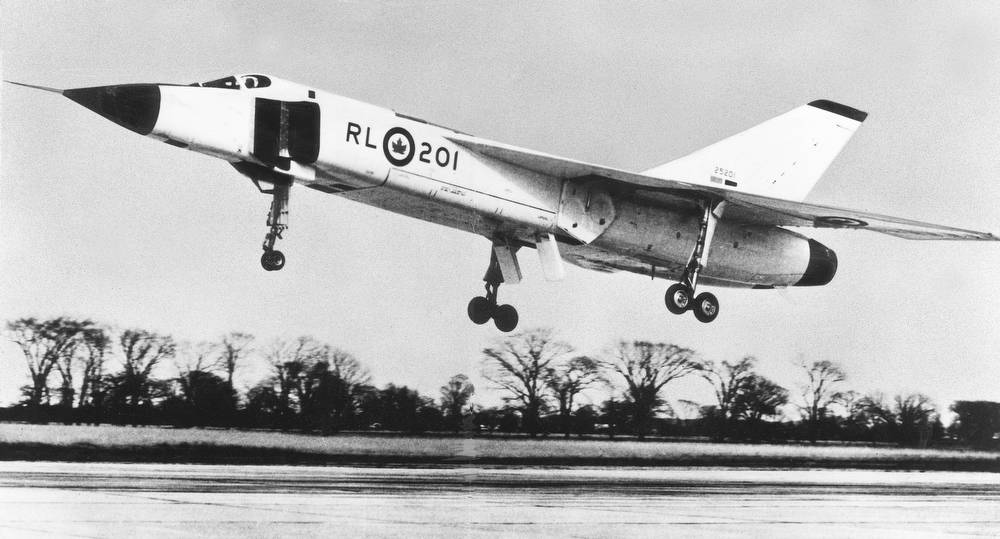 The first Avro Arrow is pictured here about to land at Malton Airport near Toronto during an early test flight. (AVRO Newsmagazine) 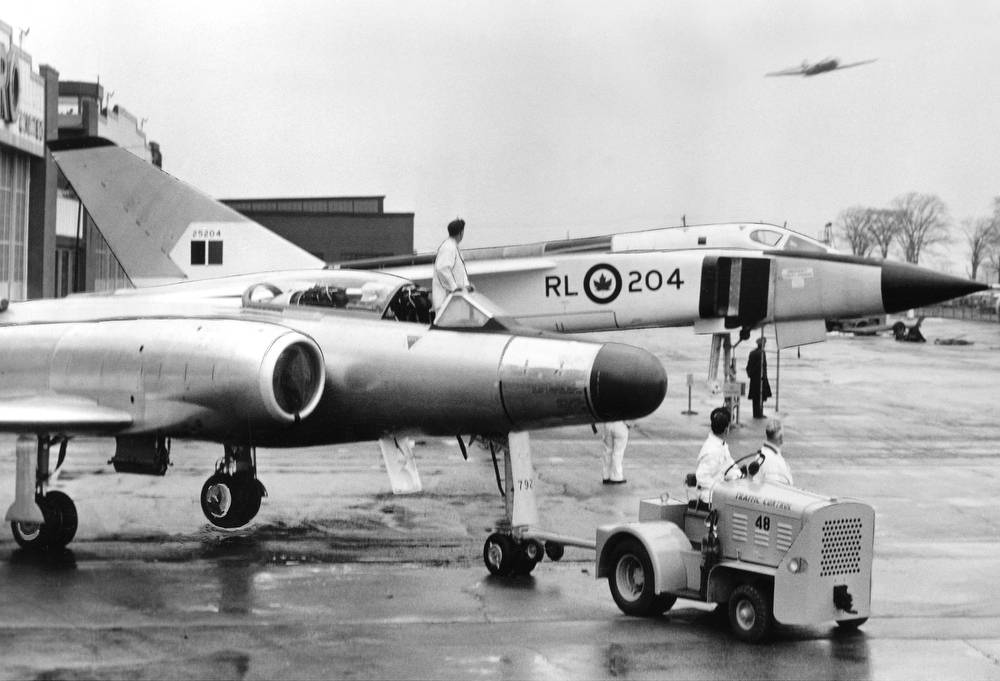 A CF-100 jet fighter (foreground) is towed from Avro's hanger in Malton as one of its sister ships, flown by chief production test pilot Chris Pike, does a fly past to mark the last CF-100 produced in an 11 year program. Just behind the CF-100 sits Avro's newest aircraft, the CF-105 Arrow. (The Globe and Mail) 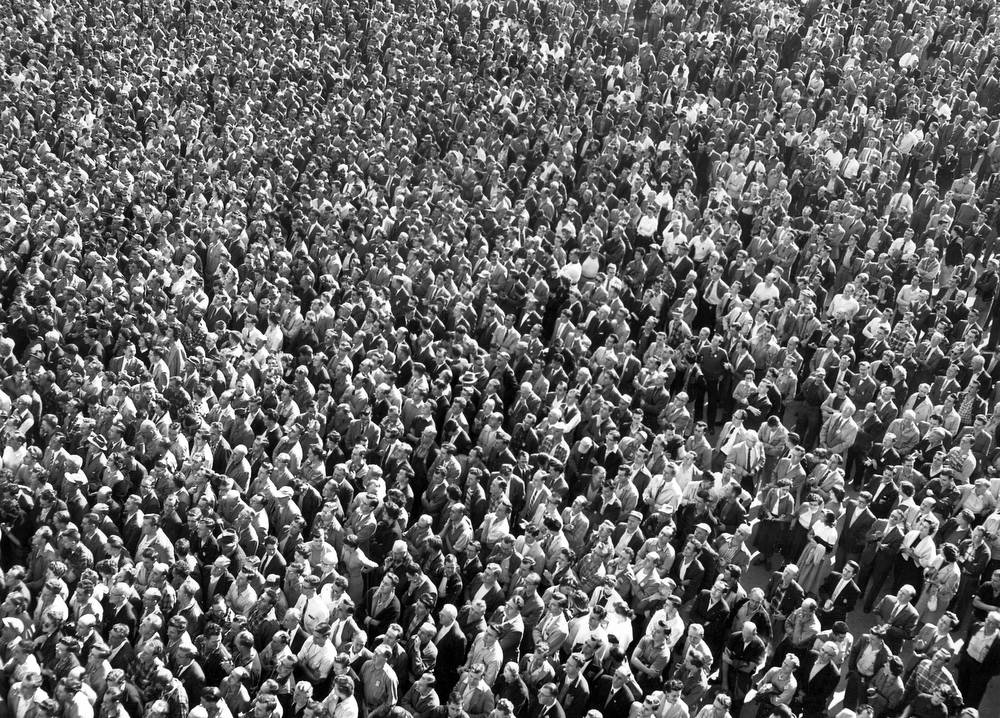 Thousands of workers leave the Malton plant Feb. 20, 1959 after receiving news of the cancellation of the Arrow program. (Avro Aircraft Ltd.) 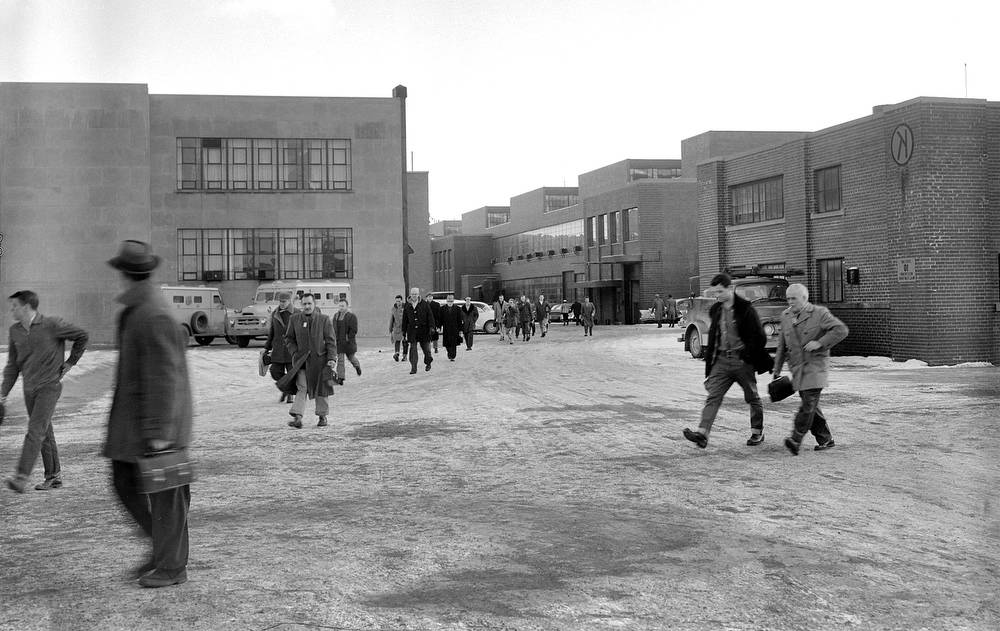 Avro workers are shown leaving their jobs for the last time Feb. 20, 1959 as the plant shuts down following the abrupt cancellation of the controversial jet interceptor program, plunging 14,500 Malton aircraft workers into immediate unemployment. (Richard Cole/The Globe and Mail) 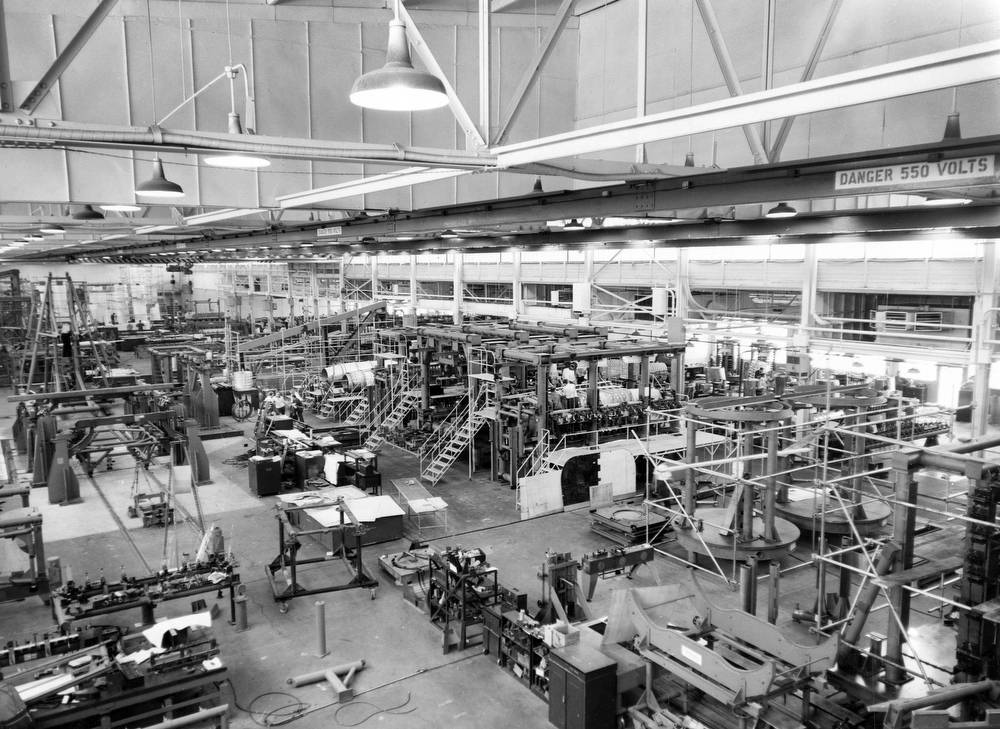 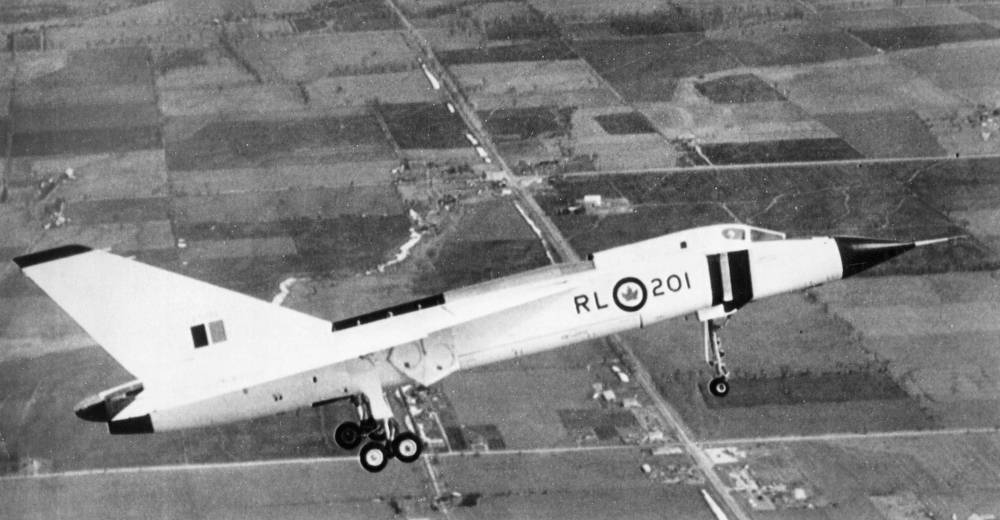