Premier Rachel Notley says she will roll out specifics this fall about her government's plan to phase out all of Alberta's coal-fired electricity by 2030 and for the first time conceded that the plan will require payouts to coal companies.

Shutting down the coal-fired plants that provide more than 60 per cent of Alberta's electrical power is one of the centrepieces of Ms. Notley's environmental program, but the province's electrical companies have warned the move could cost over $2-billion.

"Our province is without question the biggest coal pollution emitter in Canada. That is going to end," Ms. Notley said on Wednesday during her State of the Province address in Calgary.

"As part of our plan, we will set out a program to provide coal emitters with some of the capital they need to close their plants, and to invest in cleaner power production," the Premier continued.

Negotiations are continuing with Alberta's power producers and the provincial government has said it doesn't know how much the coal phase-out will cost, but officials in Ms. Notley's office dismissed the $2-billion figured as too high.

The government's plan is being based on recommendations from Terry Boston, formerly the head of one of the largest power systems in the United States. Mr. Boston was hired in March as Alberta's point person on the coal phase-out.

Mr. Boston's final report is in government hands. Sources briefed on the report say Mr. Boston recommends the coal-fired power generators receive some compensation in exchange for shuttering or converting coal-fired plants. He also suggests that there should be changes in the way that wholesale electricity is sold in Alberta's deregulated system.

Debate about the environment and energy is expected to dominate Alberta politics this fall as the provincial legislature finalizes Ms. Notley's green plan. Along with an economy-wide carbon tax taking effect next January and rules governing the coal shutdown, the legislature's NDP majority is expected to approve a law that will cap emissions from the province's oil sands.

Dawn Farrell, the president of TransAlta, said she was encouraged by Ms. Notley's comments on Wednesday. "It is a timely signal to the market that financial certainty and stability are necessary to attract new investment, and will help generators ensure competitive electricity costs for businesses and customers," she said.

TransAlta has stakes in five coal-fired plants in the province, representing 57 per cent of Alberta's total coal capacity. The newest plan was completed west of Edmonton only five years ago and was expected to remain in operation until 2061. The company would not have built the plant had it been aware of the government's plans, Ms. Farrell has said. The company is now looking at converting those plants to work on different fuels.

"Accelerating TransAlta's coal transition, while ramping up our renewables, including hydro, wind and solar, are critical to keeping Alberta competitive," she said.

Alberta's Environment Minister has said she expects the private sector will need to invest $10.5-billion in the province to meet the NDP's goal of having 30 per cent of power come from renewable sources by 2030. The remaining 70 per cent is expected to come from natural gas.

Ben Israel, an adviser for the Pembina Institute in Calgary, says the environmental group supports the government's coal plans. According to numbers published by the group, pollutants from Alberta's coal industry are expected to create $3-billion in health costs between 2015 and 2035.

"Even if we had to pay a couple of billion in the industry we would still save from the coal phase-out," Mr. Israel said.

However, the group has warned that the phase-out should be accomplished in steps to avoid having a large number of coal-fired plants close suddenly in the years before 2030.

The electricity moves come at a difficult time for Alberta as the provincial economy continues to struggle with the lasting impact of the low price of oil and unemployment at its highest level in more that 20 years. Ms. Notley said on Wednesday that it was too soon to predict when Alberta's economy would start growing again. 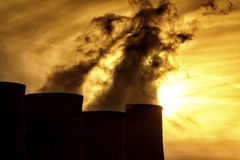 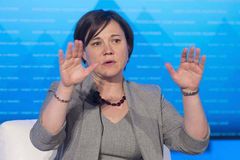