Herb Emery is a professor at the School of Public Policy at the University of Calgary.

The recently elected NDP government in Alberta raised eyebrows with its relatively small cabinet of 12 ministers. But that is just a taste of what is to come. Unless Premier Rachel Notley can achieve what PC administrations failed to do and halt the inexorable increase in health-care spending, she will soon have an even smaller cabinet. Just two: the Premier and her minister of health.

Spending on health care in Alberta is very high and is increasing quickly. Since 1980, the amount spent on health has increased from 18 per cent of all provincial government revenue to more than 40 per cent. The amount devoted to all other spending has, of course, correspondingly fallen: from 82 per cent of revenue in 1980-81 to less than 60 per cent.

As a result, we face the prospect of steadily declining investments in education, social services and other spending. Less than 20 years from now, health spending will absorb more than 65 per cent of all government revenue. The "problem" with health care has never been a shortage of money. The problem has been that we are not getting better outcomes for having thrown so much of our tax revenues at it.

Despite the enormous increase in spending on health, Albertans have no better health outcomes or access to service than other Canadians or than they enjoyed 20 years ago.

Those are the facts. Given those facts, what can be done to protect spending on education and social services and all the other components of non-health spending from being steadily eroded by health care? Can we raise tax rates? No. Raising tax rates will solve the problem only if we raise them a bit more every year. Since we eventually run out of income to give to the tax collector, this can only delay the inevitable.

Can we find "efficiencies" in the system? Yes, surely. Alberta spends more on health care than all but one other province to achieve comparable health outcomes. From this perspective, Alberta health care has plenty of funding, but does not use it well. Simply cutting out fat has not proven to be successful over the long-term. We know that is true from our experience with the Klein-era cuts. Those efforts resulted in only a temporary lull in the inexorable increase in health spending.

Can we cut back on what the health-care system provides? Yes, but understand that this means delisting medical services and merely shifting responsibility for payment from taxpayers to the patient. It means asking Albertans to pay out of pocket for their health care, and for those unable to afford care to go without.

Are those our only choices? Yes, they are, unless we consider changing the emphasis of the publicly funded health-care system away from acute care – fixing us when we break – and toward maintaining our health – keeping us from breaking. This will reduce the flow of people into the acute-care system and save the publicly funded system from going broke. This requires a re-orientation of scarce dollars away from acute care and toward an investment in preventive health care. Importantly, it requires a challenge to the status quo that emphasizes acute care to the detriment of investments in health promotion.

We should have a payment structure in health that covers care in the community, and team-based and patient-oriented care. Other provinces are experimenting with these approaches. We should be watching and learning, and even trying these new approaches.

These changes are not simple, and with the election of the NDP, we are about to learn if the problems with health care were the fault of the long-serving PC government or vested interests wanting to sustain an inefficient, unnecessarily expensive medical treatment system with little regard for the interests of patients or the health of Albertans. 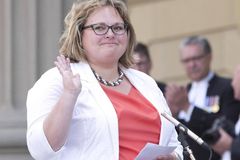 An Alberta doctor's harrowing front-line view of a growing crisis
May 15, 2018 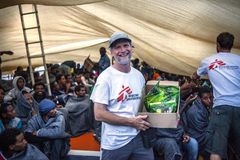