Carolina Oxtoby should be celebrating as she sips wine at a cocktail party in one of the show homes in her latest development.

The CEO and president of Heritage Pointe Properties has spent years planning the luxury residential community called Artesia, now in the final stages of construction on a bluff in DeWinton overlooking the Bow River. It's a major accomplishment. But without more access to the water that flows through the South Saskatchewan River Basin, Ms. Oxtoby knows it will be difficult to repeat her success.

"Water is not necessarily a renewable resource any more," Ms. Oxtoby said.

The City of Calgary has a population of 1.2 million people, with water rights for nearly three times that amount. However, Ms. Oxtoby's developments are just south of Calgary's border, in the Municipal District of Foothills – a distinction that could prove to be very expensive for her next project.

In 2006, the province put a moratorium on the South Saskatchewan River Basin; water extraction is no longer allowed from five rivers, including the Bow. There is a loophole, but it's expensive. Licence holders from before the official halt can sell them, which means not only is water still being taken from the basin – it has led to a bidding war.

"The City [of Calgary] has access to water and the ability to grow for an extended period of time," said Guy Huntingford, CEO of the Urban Development Institute of Calgary. "The issue is everybody else. That's where it gets contentious."

UDI is a lobby group for developers in Calgary and the surrounding region, helping with government issues at the municipal and provincial level – including water access.

"In this part of the world, where it's really high desert, water management is critical," Mr. Huntingford said.

In southern Alberta, the land of glacier-fed rivers flowing from the Rockies, that sentiment is not always top of mind. The memory of the 2013 destruction wrought by surging waterways is still painful for many. A below-average snow pack meant a sigh of relief – no 100-year flood this year. This year, there's drought.

When Lethbridge has days in January that are warmer than Los Angeles (as it did this year), Ms. Oxtoby believes it's time for Albertans to treat water as a precious resource. California's loss of Sierra Nevada snowpack has pushed its drought to the crisis point. Closer to home, communities across British Columbia, including Vancouver, are under tight water restrictions, while a growing list of counties in Alberta have declared an agricultural disaster.

"Any resident of any province should be well aware of the fact that our climate is changing," Ms. Oxtoby said. "We all have a responsibility to pay attention to it."

She has been keenly aware of water conservation since she started developing Heritage Pointe in 1992. Located outside the city boundary, her 1,000-acre project had no access to Calgary's large cache of water.

Granted a licence from the province to source water from the Bow River, Ms. Oxtoby built a utility company to service the new homes and a 27-hole golf course. Artesia, the final phase of her development, is being built with sustainability in mind. Thirsty grass lawns are limited to 30 per cent of yard areas, and standard road sizes have been narrowed, allowing more water to run off.

"We've created bio-swales, which are natural collectors of water," Ms. Oxtoby said. "Through our storm ponds, which are also aesthetically pleasing, the water is redistributed for irrigation purposes for both common areas and homeowners' lawns."

With some parts of Alberta receiving less than 40 per cent of normal rainfall this spring, her approach seems prescient.

Ms. Oxtoby has spent more than 20 years developing one swath of land and it's time to acquire more for the next project. However, the same eco-conscious thinking that led her to establish a strong water recycling system, before grey water became a trendy term, is working against her. And the impact of the closed South Saskatchewan River Basin spreads beyond her own municipal district.

The Town of Okotoks, whose Sheep River is affected by the same moratorium, has an agreement in principal with the City of Calgary to use its water, with plans to have a pipeline in place by 2017. That pipeline will have to go through the Municipal District of Foothills to get to Okotoks but, so far, without its own deal with Calgary, Foothills will not be able to divert a drop.

"It sterilizes developments, effectively, if you can't get water or if it costs you a fortune to get it," Mr. Huntingford said.

Currently, each developer negotiates individually for water rights, but Mr. Huntingford believes a collective agreement between Calgary and nearby municipalities would be beneficial for all parties, as the provincial government tries to manage a dwindling supply of water.

Calgary does have a regional partnership with 13 municipalities, including Okotoks, but outlying communities like Rocky View County and the Municipal District of Foothills are noticeably absent from the alliance.

"It needs to be part of a much larger agreement, with prescriptive rules and regulations for everyone, so it creates certainty for developers," Mr. Huntingford said.

A political union would help Ms. Oxtoby manage costs on future developments, but in this drought-wary era, she's not holding her breath.

"The new reality we're facing is that now one of your development costs is going to be a water licence [purchased from a private holder with a grandfathered licence]. Unfortunately it affects affordability, because it will be transferred to the end user – the home buyer."

Wildfires and drought are hurting Prairie economy
May 15, 2018 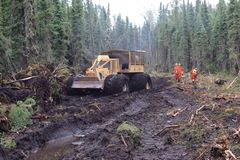 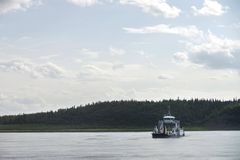 Crop expert Norm Hall on how drought is hurting Prairie farmers
May 15, 2018 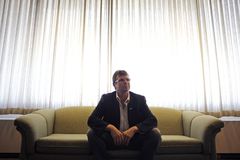