The next leader of Alberta's much-diminished Wildrose Party could have only days to enjoy the crown before the province is plunged into an expected spring election that threatens to wipe out the once-feared Official Opposition.

The party's month-long leadership contest will end March 28, when one of three relatively unknown contenders will take the helm. On March 26, a highly anticipated provincial budget will be tabled. Progressive Conservative Premier Jim Prentice has said he will need a new mandate to defend the spending plan.

Only a year ago, the Wildrose appeared to be Alberta's government-in-waiting. With 17 seats won in 2012 under Danielle Smith, the party was the most serious threat the Tory government had faced in nearly a half-century in power.

Despite a fundraising operation that dwarfed the PCs and a party anchored in an active grassroots movement from southern Alberta, the Wildrose began to fall apart within weeks of Mr. Prentice taking office in September. Since then, 11 members of the Official Opposition have joined the Tories, including Ms. Smith. The former Wildrose leader now sits in the row behind Mr. Prentice and cheers him on.

"If Albertans want to throw us out, so be it," said Jeff Callaway, who took over the party's presidency after the defections. "I'm as Wildrose as they can be and I couldn't let the former members torpedo the party."

Mr. Callaway keeps one number close to heart: 38,000. If that number of votes had shifted to Wildrose in specific ridings in the previous election, his party would now be in government.

Hopes of forming government are now in the past for Wildrose and defections have taken a heavy toll on the party. Only three incumbents will be running in the next election. Leadership contenders say party members are angry and frustrated, feeling jilted by their former leader.

Brian Jean says the Wildrose is the only thing standing between Albertans and an unprecedented tax hike. The former Conservative MP from the Fort McMurray area is one of the three candidates running for the leadership. On Friday, he suspended campaigning due to a death in his family. A former Alberta director of the Canadian Taxpayers Federation will fill in for him at campaign events.

"A lot of people in the party are very upset; they feel betrayed by family," Mr. Jean told The Globe before he took a break from campaigning. "Now, when Jim Prentice and the PCs are trying to destroy the only conservative party in Alberta, what they're doing is saying they want a blank cheque to spend your tax dollars."

Mr. Jean, who served for nearly a decade in Ottawa, says Albertans will see his worth from his efforts rolling out the federal stimulus plan and passing legislation.

Comparisons are quickly made between Mr. Jean and Mr. Prentice. The Premier had held a number of senior positions in the federal cabinet and was a de facto deputy prime minister under Stephen Harper. Mr. Jean rose only to the junior rank of parliamentary secretary.

"None of them are a Jim Prentice. When Prentice entered the race, that was a game-changer for the PCs. He was a cabinet minister and had a good private-sector job. Brian Jean was a long-time backbench MP," said Duane Bratt, the chair of policy studies at Calgary's Mount Royal University.

Drew Barnes has represented part of the Wildrose heartland since 2012 and is the only incumbent MLA seeking the leadership. He says his first priority is to rebuild the party's tattered relationship with its grassroots.

While he wasn't one of Ms. Smith's chief lieutenants, he's held a number of portfolios for the Opposition. His campaign is focusing on cutting the size of government and bureaucracy.

"We've got a spending problem in Alberta," he said. "We need to cut with a rifle, not a shotgun. We need to protect front-line workers and work on efficiency."

Linda Osinchuk, the former mayor of a sprawling county outside Edmonton, says she wants to lead the Wildrose away from its betrayal and return it to fighting the Tories full-time.

"We need to remind people that a year ago they didn't want to put this same PC government in power because of its arrogance and misuse of funds. Now they brought in an individual with the initials JP on a white steed, but it's still the same manure under the horse," she said.

Alberta Wildrose president says the party is ready for an election
March 13, 2015 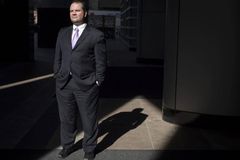 Premier Prentice is pulling off a most Canadian coup
March 6, 2015 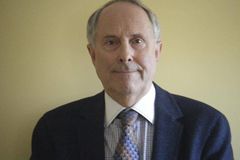 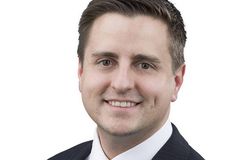 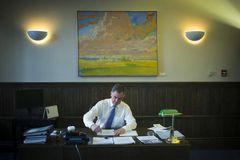 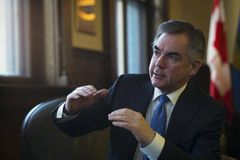 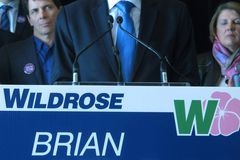