A Canadian Natural Resources Ltd. oilsands operation that has contaminated a groundwater aquifer is renewing questions about a technology that has already been linked to another serious leak in northern Alberta.

The Alberta Energy Regulator says CNRL reported a break in a well at its Wolf Lake high pressure cyclic steam stimulation project in late October, and that the company later discovered elevated levels of hydrocarbons in the aquifer about 60 kilometres northwest of Cold Lake.

The area is located about 10 kilometres away from the company's Primrose East property where a bitumen-water mixture was found oozing to the surface last year.

CNRL was using the same steam method there as well.

"This is a problematic technology. There's been problems dating back to 2009. And I think Albertans really have to ask themselves, how many times does this company get to say, 'Oops, we did it again,' before the government takes proactive action to deal with this technology, which clearly is riskier than this company claims?" Keith Stewart of Greenpeace Canada said in an interview on Saturday.

High-pressure cyclic steam stimulation — often described as "huff and puff" — is a process that alternates between injecting steam and drawing the softened bitumen to the surface.

Earlier this year, the province's energy watchdog suggested a link between the process and old drill holes in the Primrose area, which it said may have provided paths for fluids to flow to the surface.

CNRL promised to switch to a low-pressure process known as steam flooding when it sought approval to resume crude extraction from Area 1 of its Primrose East property. It was granted permission in September to resume work at the site.

Ryan Bartlett, a spokesman for the regulator, said Saturday that he didn't know whether drill holes may have played a role in the contamination at Wolf Lake.

"We're still investigating what the cause is, so I wouldn't want to speculate," Bartlett said, noting the high pressure system is used by other companies elsewhere in Alberta.

CNRL spokeswoman Julie Woo said in a brief email statement that both the Primrose and Wolf Lake projects used the same technology.

"Canadian Natural has detected elevated levels of hydrocarbons deep underground in a new monitoring well. We will continue to work closely with the Alberta Energy Regulator (AER) to monitor and manage the situation," the email stated.

The regulator said the well at Wolf Lake has stopped operating and CNRL can't resume operations until it meets regulatory requirements.

Bartlett earlier said that public health and safety are not at risk and the nearest private water wells are 15 kilometres away.

He said CNRL will be required to clean up the aquifer.

Stewart, however, said it could take months for the steam to cool and the pressure to drop. He said that means any leaks from the well could continue for months.

He also expressed doubts that a cleanup is possible

"I don't know how you get benzine out of an aquifer. There's no process for filtering it out. It's basically a mix of carcinogenic chemicals into this underground water system. It's not like you can put in a scrubber and clean it all up," Stewart said.

"The only solution to this is prevention, to actually make sure the technology being used it safe and not just taking the company's word for it but actually having a strong independent regulator who's looking after the public's interest rather than issuing orders after the leak has happened."

The investigation into what went wrong at Primrose is ongoing. Bartlett said a full report is due in the first quarter of 2015.

Some 1.2 million litres of the bitumen-water emulsion have been recovered and 20.7 hectares have been affected. CNRL said over the summer that clean-up at Primrose is complete. 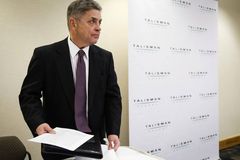 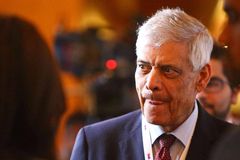