'After years of sacrifice by all of us in British Columbia through challenging times, working together with a plan, your government is now in a position to pay you back, to relieve some financial burdens, and to invest in your household and in your families."

That line, from the B.C. government's throne speech earlier this month missed one important qualifier. It should have ended with "unless you're on welfare."

This week's budget, delivered by Finance Minister Mike de Jong, contained nothing for people who rely on social assistance.

While there have been minor tweaks over the years, such as allowing people who earn some money to actually keep some of it, and to end the clawback of spousal-support payments – social-assistance rates have been frozen for more than a decade in B.C.

A single person who is deemed "employable" receives a total amount of $610 a month.

While rents have roughly doubled over the same time period, the shelter rate of $375 a month hasn't budged, leaving a person on welfare with $235 a month to cover everything else.

So while the government boasted about such things as cutting the Medical Services Plan premiums by 50 per cent, (the rates have roughly doubled since the B.C. Liberals took power,) injecting more money into public education (after being ordered to do so by the Supreme Court of Canada after a 14-year court battle,) and increasing funding for the Ministry of Children and Family Development (which has seen its funding remain stagnant during a time of crisis,) they somehow missed the fact that basic social-assistance rates remain woefully inadequate.

When I asked Mr. de Jong about this on Tuesday, to his credit he did not use the word "deadbeats;" nor did he suggest that anyone "best get a shovel" as Bill Vander Zalm did as the Social Credit Minister of Human Resources in the late 1970s. But his answer contained the same ideological sentiment. "Our focus has certainly been on trying to help people who find themselves in that temporary distress, getting them back into the work force as quickly as possible," he said. In fact, he said it three times, finding an opportunity to brag about job creation each time.

What was missing was the lack of any recognition that the rates that were set a decade ago no longer have anything do with reality. There can be no denying that asking someone to get by on $610 a month, even temporarily, hardly makes them job-ready should the opportunity come along.

The shortcomings of social-assistance rates should be obvious to all, even to someone tasked with presenting the rosiest picture of the provincial economy and minimizing the hardship of those who rely on assistance.

So the question is, why haven't they done anything about it?

It can't be that they don't know. Advocacy groups such as Raise the Rates have been tireless at pushing the agenda.

It can't be a lack of empathy. Surely, someone in cabinet has met a person on social assistance or has heard a first-hand account of what it's like to try to live on $610 a month. I mean, they must have read about it somewhere or seen a story about it on the TV news.

It can't be that they simply don't care. We're often told that we judge a society by how it treats its most vulnerable citizens.

It can't be that they're okay with 100,000 people across the province turning to food banks to feed themselves and their families every month. They must, at the very least be embarrassed about those numbers.

It can't be that in all of the tough fiscal decisions a government has to make – there was simply no money left. Otherwise, they wouldn't have socked away hundreds of millions of dollars into a prosperity fund meant to hold the windfall from LNG.

It can't be that they actually believe their own "hand up, not a hand out" rhetoric. There will always be people who may not be able to work for one reason or another. Surely they don't believe that everyone who accepts a welfare cheque is lazy.

It can't be that they consider people on social assistance to be a voiceless non-entity who don't deserve government's attention. These are, after all, people.

And it certainly can't be a coldly calculated political move or the recognition that people on social assistance and those who advocate on their behalf probably aren't going to vote for them anyway. That would be ridiculous.

So if it's not any of those things, what is it?

Seriously, I have no idea. 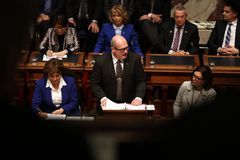 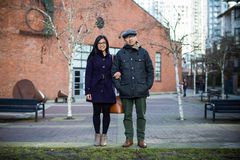 What the Throne Speech didn’t tell you about British Columbia
February 14, 2017
Follow us on Twitter @GlobeBC Opens in a new window
Report an error Editorial code of conduct
Due to technical reasons, we have temporarily removed commenting from our articles. We hope to have this fixed soon. Thank you for your patience. If you are looking to give feedback on our new site, please send it along to feedback@globeandmail.com. If you want to write a letter to the editor, please forward to letters@globeandmail.com.
Comments