A professor who has successfully defended his right to protect the subjects of his research on assisted suicide wants to return to teaching at a university in Surrey, B.C., but a confidentiality agreement is blocking the way.

Russel Ogden is drawing a yearly salary – more than $87,000 in 2014 – from Kwantlen Polytechnic University, but unable to teach or conduct research in its name since 2008 as a result of the deal he signed with the school.

Supporters of Mr. Ogden call the situation a violation of his academic freedom because Kwantlen's research ethics board had approved his methods. Mr. Ogden maintains he is still "100 per cent full-time faculty" at the school.

Mr. Ogden's research involves witnessing assisted suicides, including by helium inhalation, in an effort to gather data on more humane methods of ending life, which he has referred to in his papers as "NuTech Deathing."

"This is extraordinary research. It's very unusual to watch somebody's suicide, and it comes with a whole host of ethical and legal issues that have to be navigated," Mr. Ogden said in an interview on Monday.

"Dying is universal. It's one thing that will happen to all of us, and it's important for all of us to put some of our mind to preparing for that eventuality."

Alan Davis, Kwantlen's president, was unavailable for comment. Spokeswoman Marlyn Graziano said in an e-mailed statement the university could not comment on the strict terms of the confidentiality agreement, but said that under it, Mr. Ogden can seek resolution of any disputes with an independent arbitrator.

Mr. Ogden is director of the Farewell Foundation, which advocates for assisted suicide.

As a researcher, he has required the institutions that hire him to maintain the confidentiality of those who help others to die and to cover any legal costs should police or coroners insist he reveal their identities.

As a master's student at Simon Fraser University in the 1990s, Mr. Ogden was awarded $34,000 and an official apology after the school refused to pay his legal bills as he fought a coroner's request that he identify the participants in his master's thesis on assisted suicide in Canada.

In 1998, Mr. Ogden left a PhD program at the University of Exeter after a protracted battle with the school's ethics committee, which backtracked on its promise to support him by granting "absolute" anonymity to more than 100 people helping terminally ill AIDS patients commit suicide in Canada, Britain, the United States and the Netherlands.

In 2003, British authorities ordered the University of Exeter to pay Mr. Ogden about $140,000 for breaking the commitment.

In 2004, he was given a full-time teaching position. In 2005, the university's research ethics board approved his proposal to attend assisted suicides.

But, he said by 2007, the university's administration was starting to get nervous about his work, and in 2008 he signed an agreement with the university to begin a two-year "research leave" on Jan. 1, 2009.

He was unable to resume teaching in 2011, and he cannot discuss the reason because of the confidentiality agreement he signed the day before he was due to return.

John Lowman, an SFU criminology professor and expert on academic freedom, said Kwantlen's actions "have implications for the academic freedom of every other researcher in this country."

Mr. Lowman complained to Canada's Interagency Secretariat on Research Ethics last month asking it to compel Kwantlen to support Mr. Ogden's research and his use of confidentiality.

"Here is a researcher who's been called to every parliamentary committee in Canada talking about this issue, and yet here's Kwantlen basically saying that 'he cannot talk, there is a private secret deal that prevents him from talking,'" Mr. Lowman said.

David Robinson, executive director of the Canadian Association of University Teachers, said Mr. Ogden's fight underscores the unwillingness of some educational institutions to back anonymity.

"It's about the ability of researchers who deal with human subjects to guarantee those human subjects that they would be held in strict confidence … whether it's criminologists looking at the sex trade industry or whether its health researchers looking at lifestyles in the development of cancer," Mr. Robinson said. "In all those cases, the research subjects are more likely to participate and to give you valuable information if their confidentiality can be assured."

Mr. Robinson said Mr. Ogden's case is "virtually unprecedented" in that Kwantlen initially approved his research before rescinding – not modifying – its approval.

"I don't know what the terms of the confidential agreement are, but I think the whole case still smacks of the real problems that we have with research ethics in Canada," Mr. Robinson said.

Since leaving the classroom, Mr. Ogden says he has witnessed eight assisted suicides and will continue to publish his research without mentioning Kwantlen. 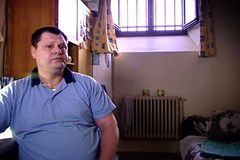 Kim’s Choice: Inside one woman’s decision to starve herself to death
July 15, 2020
Follow Mike Hager on Twitter @MikePHager
Report an error Editorial code of conduct
Due to technical reasons, we have temporarily removed commenting from our articles. We hope to have this fixed soon. Thank you for your patience. If you are looking to give feedback on our new site, please send it along to feedback@globeandmail.com. If you want to write a letter to the editor, please forward to letters@globeandmail.com.
Comments